Buy my new novel Take to the Unscathed Road now! Follow me on Facebook, Instagram, and Twitter!
Liam and I wanted to get some more gridding in, and as of late night hikes have been our go to. We commenced our journey from the Mount Kinsman trailhead a little after 3 pm. 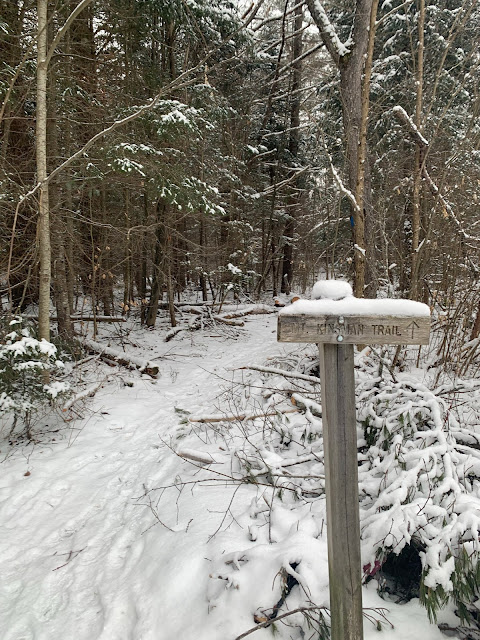 It appeared as if there were other people hiking the Kinsmans today. The snow was about an inch deep but packed down. As we climbed higher, we noticed a large family with no traction coming down the trail. We questioned whether they had made it to the top based on their inadequate footwear. 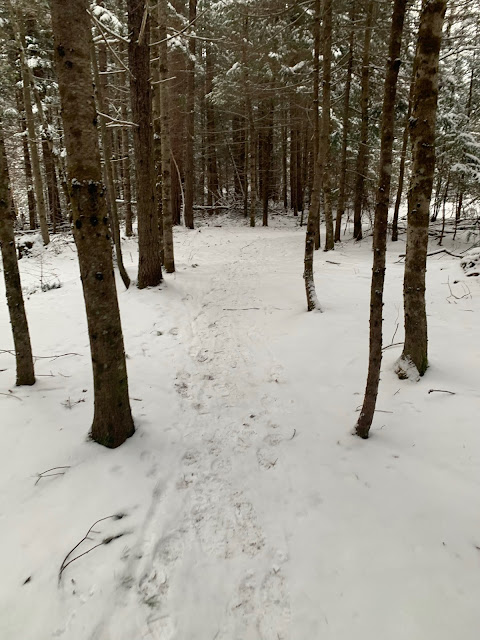 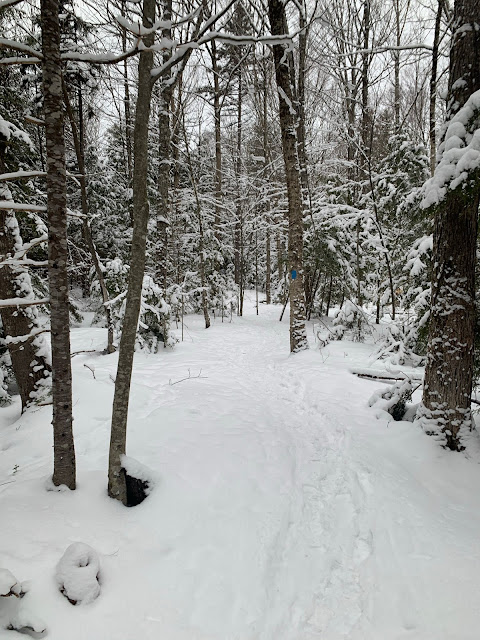 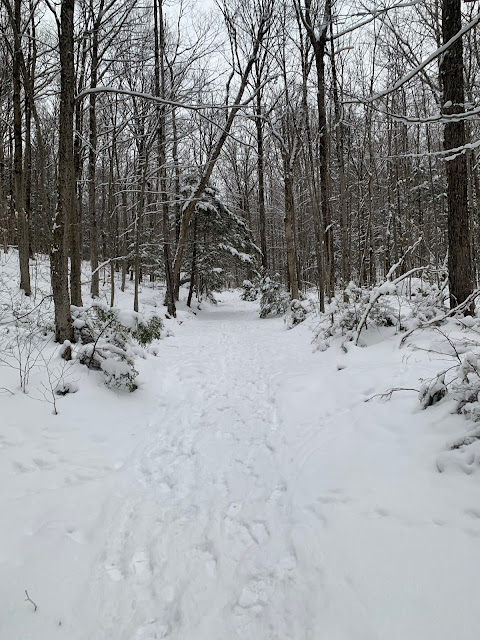 It turns out that they had just gone up to Bald Peak, which was in the clouds anyway. There was a fresh coating of 2 or so inches of trail heading up to the Kinsmans. Shortly after this, Liam switched over to snowshoes but I kept my microspikes on. It wasn't deep enough for me to justify switching at the time. 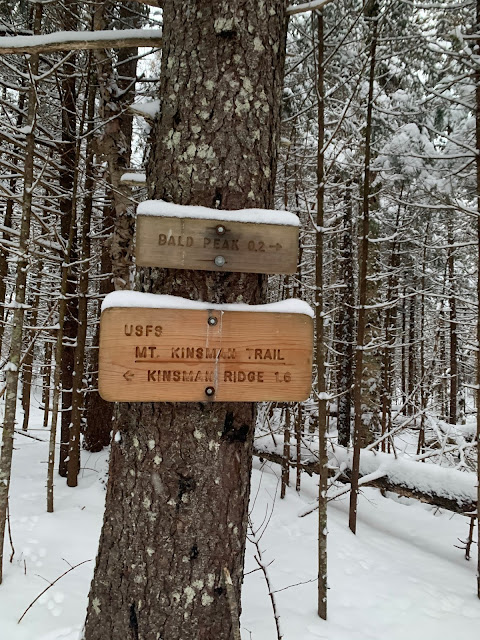 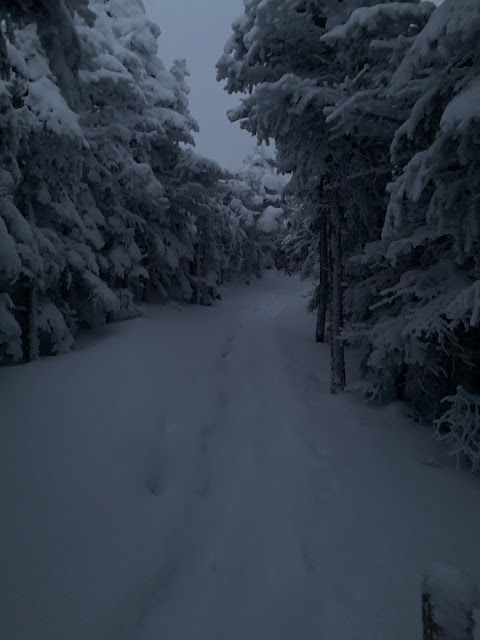 The snow got a little deeper as we climbed up to the junction with the Kinsman Ridge, but Liam was able to pack nearly all of it down for the next people. It's still a little loose but microspikes should suffice for most of the hike. 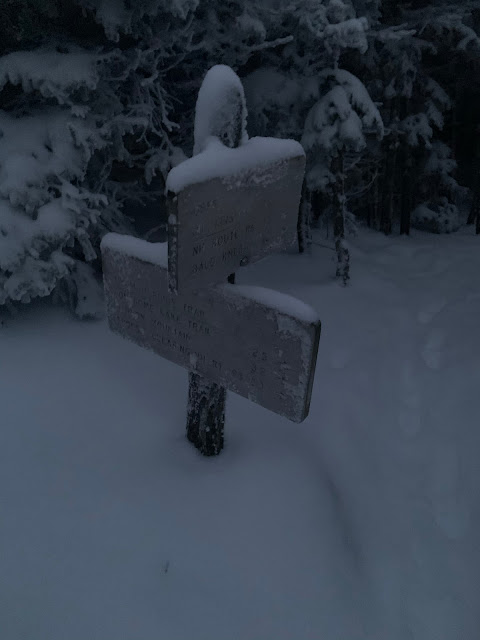 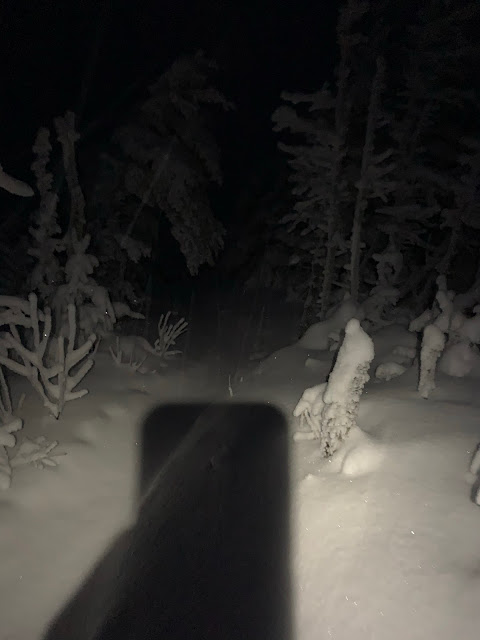 However, the trail became deeper and deeper with deep snowdrifts just before the summit of South Kinsman. You probably should have snowshoes for this section, but Liam was able to pack down some of it. 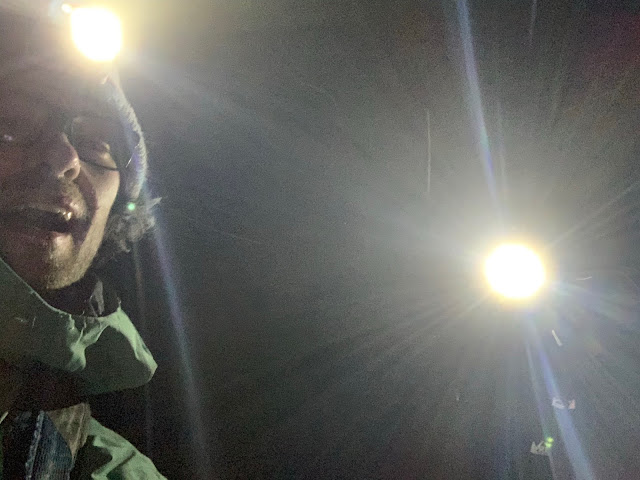 It was likely in the low teens, but I never felt too cold. It made for a perfect night adventure! 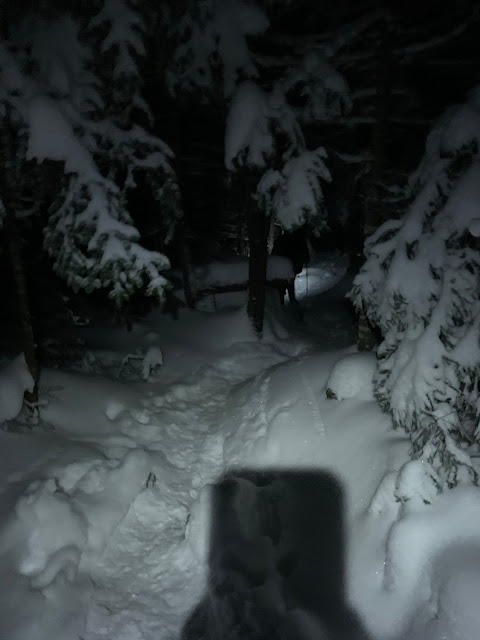