Buy my new novel Take to the Unscathed Road now! Follow me on Facebook, Instagram, and Twitter!
If you're looking for a "best peaks" list, you probably don't want to bother reading this. This is a subjective Top 10 based on the experiences I had on these peaks. Here are some relevant notes: 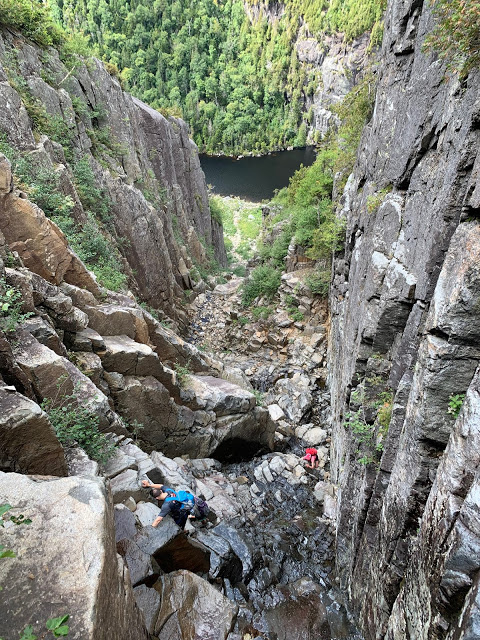 -We only did the Great Range via a Great Range Traverse (I plan to do the peaks individually to get a fuller experience).-We also did the Seward Range, Dix Range, and Blake/Colvin/Dial/Nippletop in one go (which makes them less noteworthy in my mind).-We hiked most of our 46ers in shoulder seasons, so we had very few crowds. I tend to like peaks less if they are crowded, but crowds are not factored in here because we rarely saw a ton of people.-I am a lunatic (which is why you will laugh at #3).
10. Panther Peak 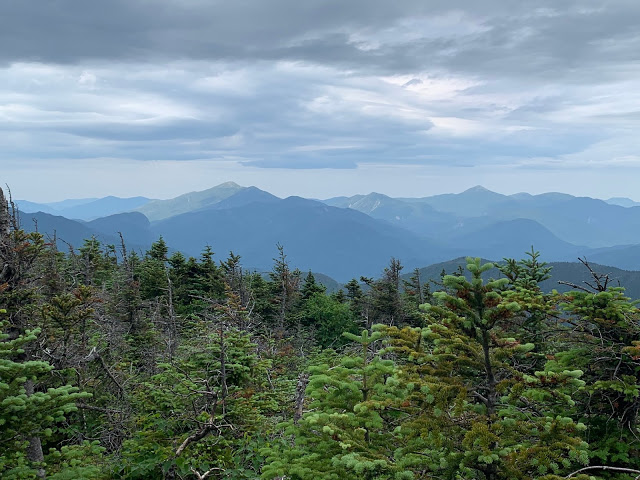 I couldn't justify writing this post without including Panther. I've done it twice–the first time, socked in and soaked, the second, a triumphant return after tackling Couch on my third try. The views from the top are fantastic, and the approach really grew on me. I know those herd paths like the back of my hand now.
9. Nippletop 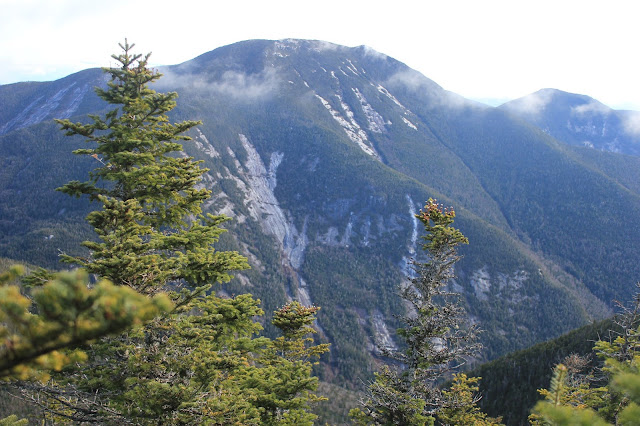 Nippletop is a gem of a peak. Many of my 46ers were done in shoulder seasons, so I got to experience the insane wetness of this peak. But its views from the top are lovely, and it's a quiet nook relative to some of the busier peaks in the Adirondack Mountain Reserve area.
8. Cascade Mountain 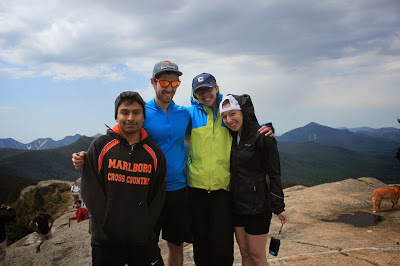 Cascade was a two step process for me. The first time I did it was at night with Porter. It was a whacky adventure in early November in a wild snow storm. Coming back to it with friends was a perfect way to revisit, although Cascade has probably the busiest trail in the Adirondacks. The heavy erosion doesn't take away from the fact that this is one of the easiest peaks with the biggest bang for your buck on the summit.
7. Mount Skylight 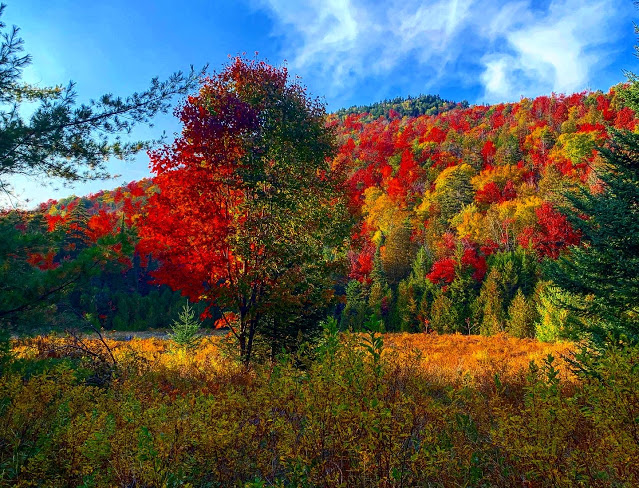 Skylight was my 46 finish, so it has a special place in my heart. Of course, we went via the Upper Works trail (third time). We preferred to go from the Loj, but it's been way too busy lately. Nevertheless, the long approach to Skylight is well worth it. It easily has some of the best views of the 46, with commanding 360 degree views from the summit of Marcy and beyond.
6. Gothics
Cables and ladders. Need I say more? This is a peak that I have every intention of revisiting some time soon. As the only peak in the Great Range on this list, it's a little wild to think about. But that's only because I did the entire Great Range in one hike. I can barely remember each peak individually. But Gothics obviously stands out simply because of its reputation as steep, unforgiving, and sketchy. My kind of mountain.
5. Macomb Mountain 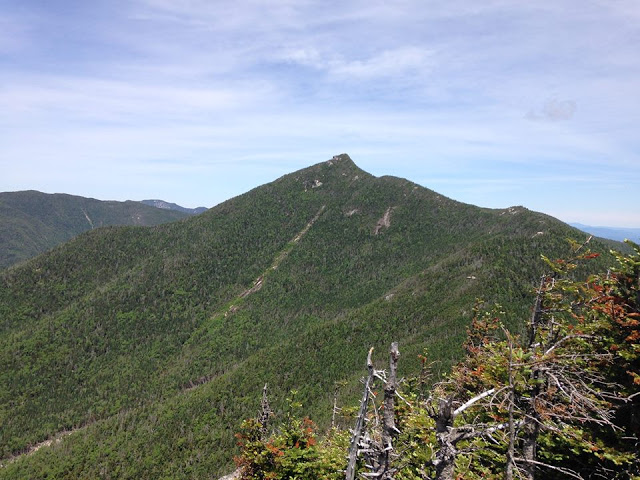 The Dix Range is a lovely hike and each peak is great in its own right. But what I enjoyed the most about Macomb was the slide up to the summit. It's steep and relentless, and was a welcome change from the eroded mess of trails on many of the less busy 46ers.
4. Rocky Peak Ridge/Giant Mountain 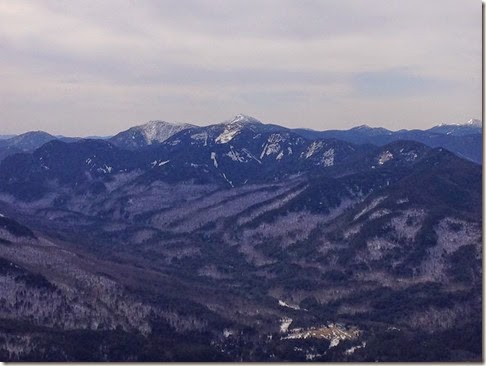 Two for one special here. You can't mention these two peaks without them being in the same sentence, so I kept them together. These are obvious top five peaks for most people. The access is the easiest in the whole area, right off 73. The approach is relatively short. And both peaks have phenomenal views. What could be better?
3. Allen Mountain 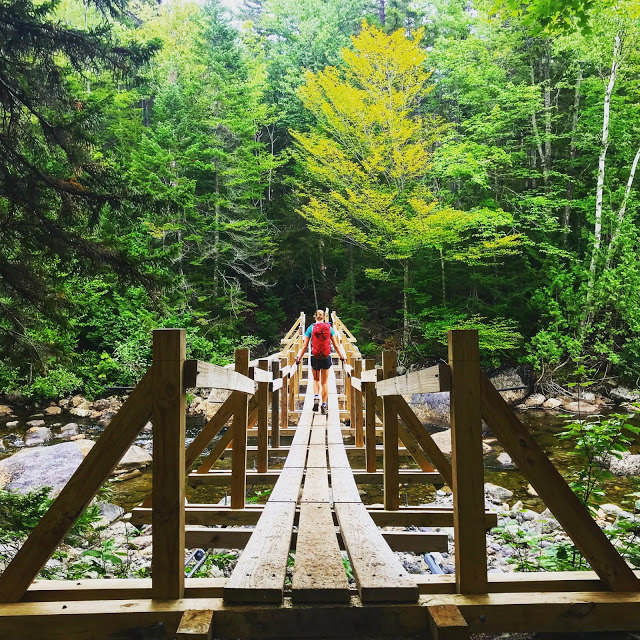 Perhaps the most surprising peak on this list is Allen. Most people loathe it. I had planned to do it for years and knew about it's absurd approach for a long time. Fortunately when we did it, the trail had just been rerouted. to cross the tricky river crossings.
The most memorable part of Allen is obviously the red slime. Many people talk about this nasty goo on the rocks on the way up to the summit. Some also wear microspikes in the summer (not advised). But the reason I loved this hike so much was just how wild it was. It really gives you that Western wilderness feel so far out in the backcountry. There are also quite a few sections that can be easily run, which cut down our time significantly on this 18ish mile trek. Unfortunately when we did it, we got no views as we were socked in. But I'll never forget Allen Mountain. Can't wait to do it in the winter!!
2. Mount Colden Coming in at #2 is Colden, which is in most people's top five. If not for the arduous approach, it would likely be my number one. Heading up through Upper Works was a journey in itself, one that I have done three times and one that I hope I don't have to do again any time soon. 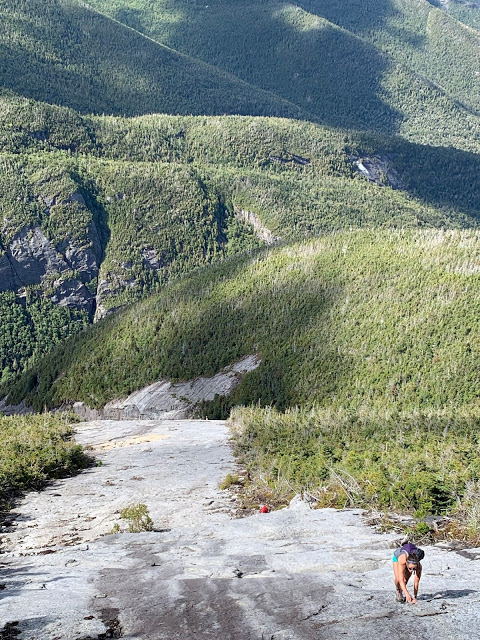 Aside from Colden's dramatic 360 degree panoramic views from the top (among the best in the Dacks), the Trap Dike approach is what sets Colden apart from the rest. It is one of the most gorgeous formations I have ever hiked in nationwide, including out West. But it is not for the faint of heart. One must be especially competent in routefinding and class 4 climbing, especially on the slab section. But if you fit those qualifications, Colden is easily one of the best 46ers. 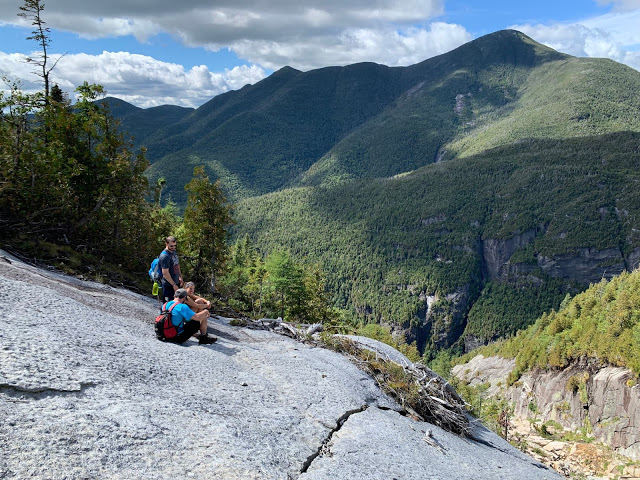 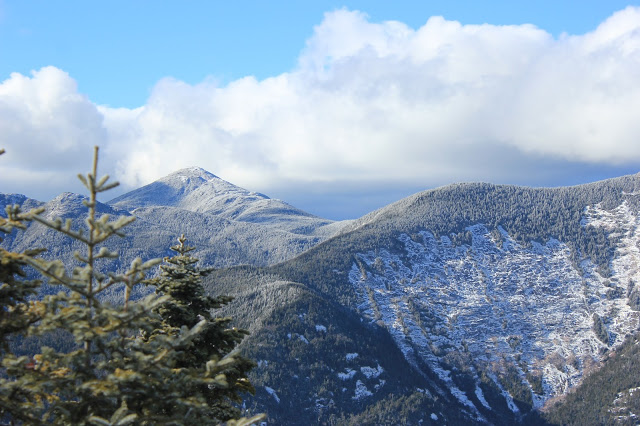 I had a super hard time picking between Colden and Sawteeth. Aesthetically speaking, Colden via Trap Dike is the ultimate non-technical Dacks adventure. But the nostalgia factor runs rampant for me. And Sawteeth was the first time I headed through the Ausable Club gates, along the scenic carriage road, and saw the Ausable River for the first time. It is a truly a majesty to behold. The Scenic Trail is exactly what it sounds like, and my mind was blown sharing this trail with not a single person until we reached the summit. It's the most memorable of my earlier 46er hikes, and one that I want to revisit without a doubt. On top of the great approach, the summit views are astounding, looking over toward the Great Range. Finally, seeing Rainbow Falls on the way down was surreal. It was raging, and we had no idea it was there before stumbling upon it. Case and point, this was my #1 hike in the Dacks on my first run through the 46ers.