Buy my new novel Take to the Unscathed Road now!Follow me on Facebook, Instagram, and Twitter!
This was my 10th time up the big Moose, and aside from my ski descents, probably the best one. We saw a handful of people on a gorgeous late fall afternoon. The road was gated off to the Lodge about .6 miles to the trailhead, but it was a fine jaunt. 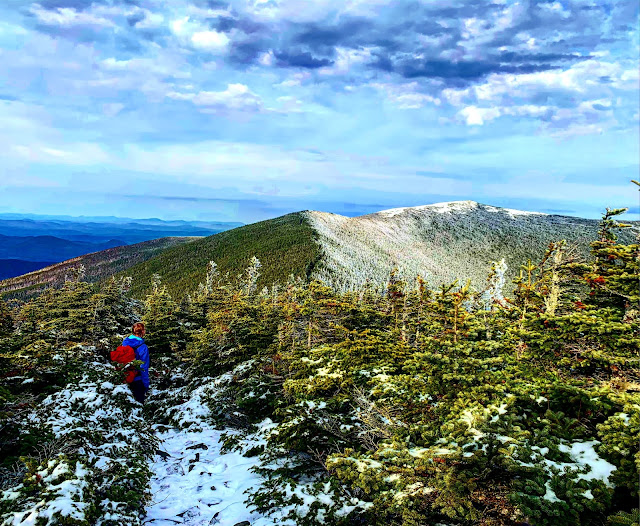 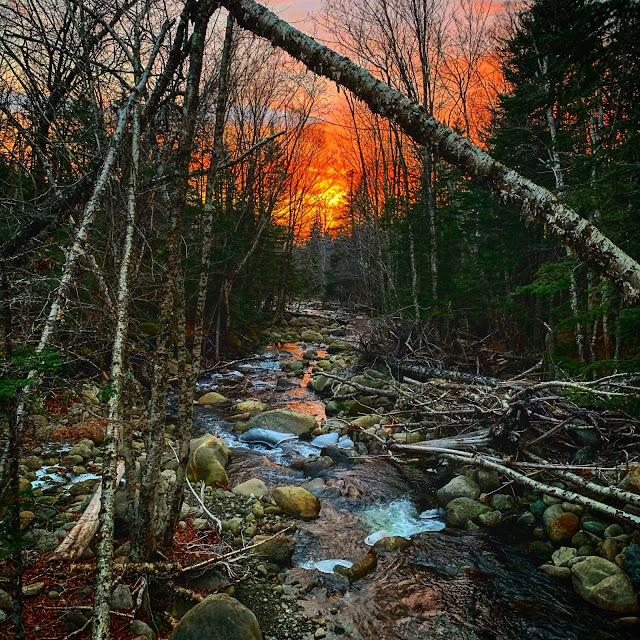 Rather than take the Gorge Brook Trail to the summit, we opted to take the Snapper to Carriage Road. This was the first time I had done the loop this way, but now I remember why most people don't go this way. Although it is very moderate all the way up to the Carriage Road, it makes the descent a little harder on the knees, since Gorge Brook is more consistently steep. 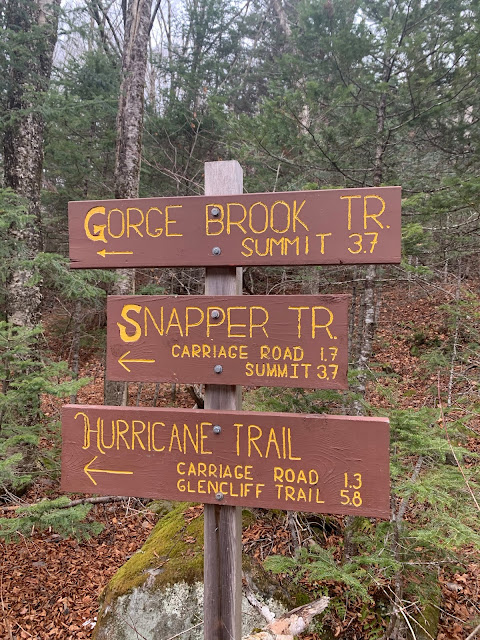 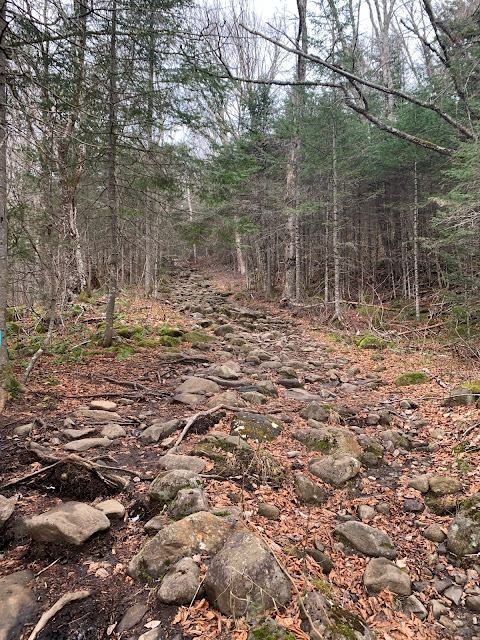 Ice line was basically at the trailhead. One could theoretically do this without spikes, but I do not advise it. Especially with colder temps on the horizon. 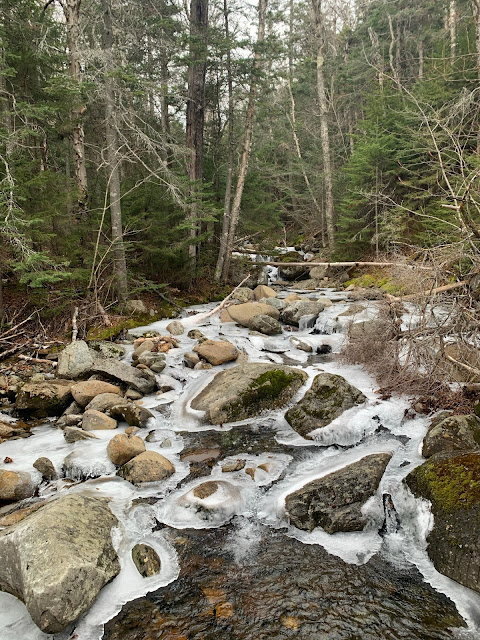 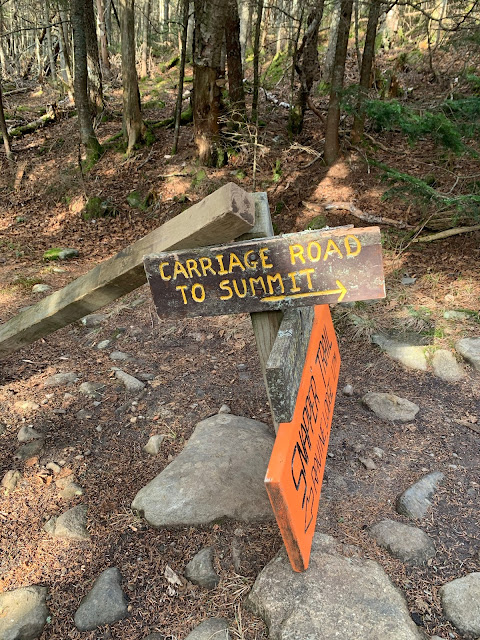 We didn't start seeing snow until we reached the Carriage Road at approximately 3,500 feet. 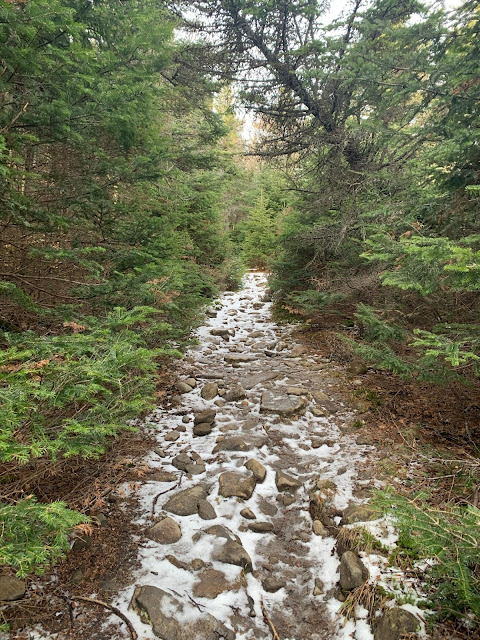 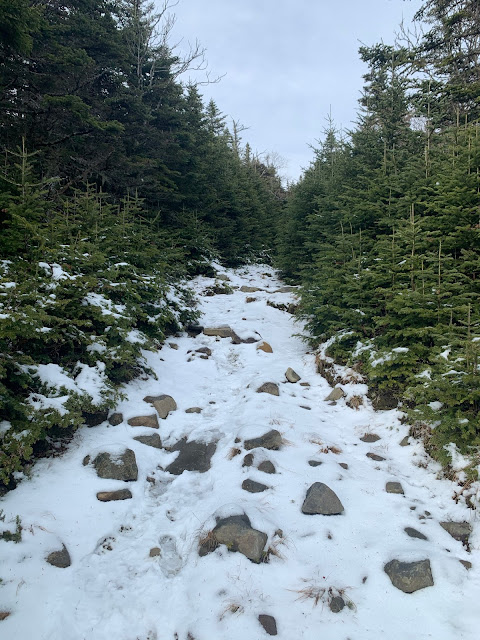 We had some of the best views I've ever had going up the Carriage Road. 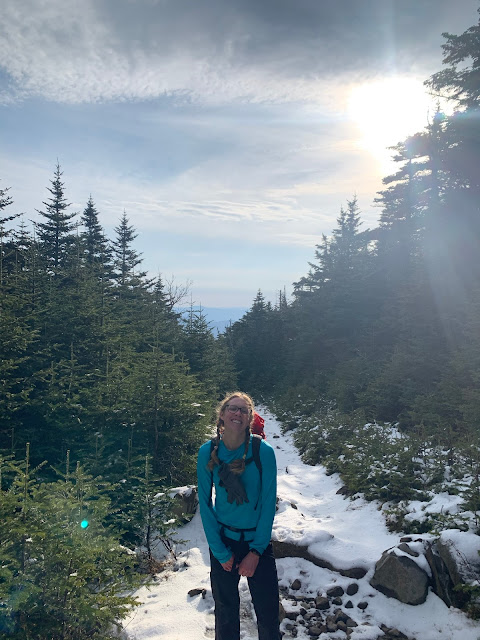 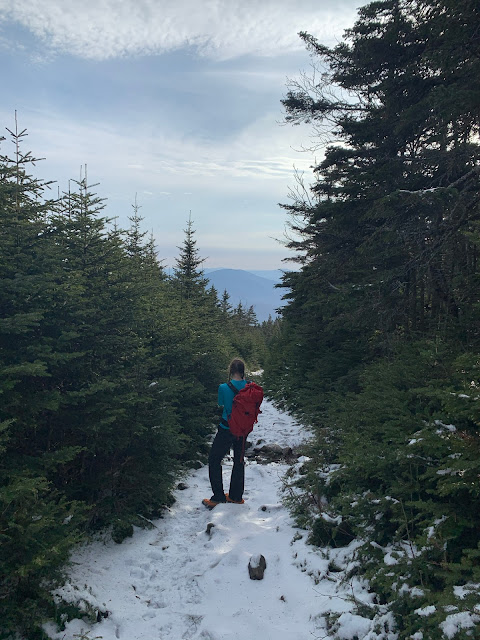 And even better views from the South Peak. This was only my second time on the summit because nearly every time I do Moosilauke from this side it's socked in with clouds. 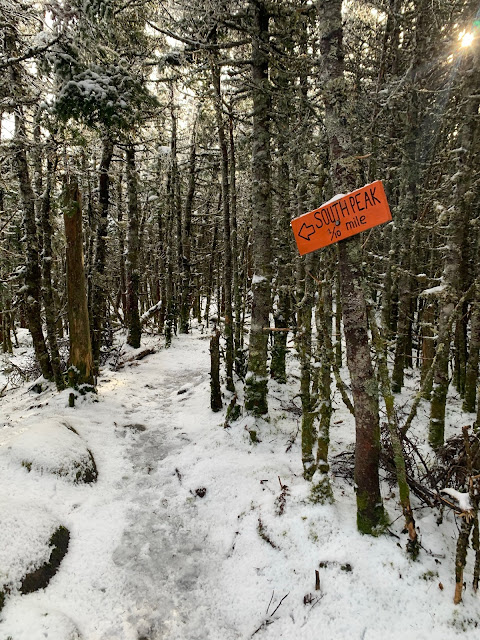 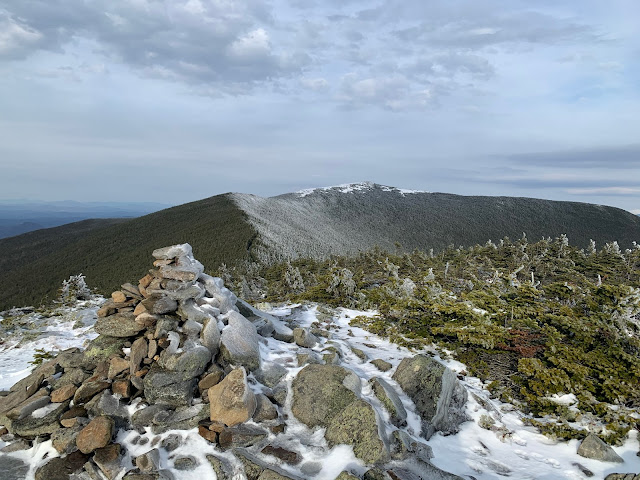 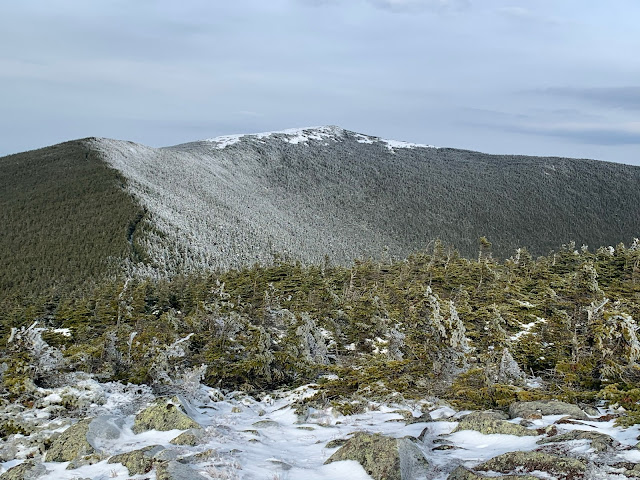 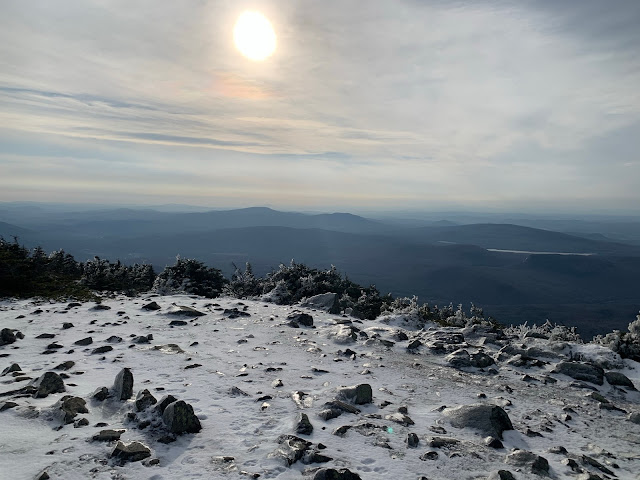 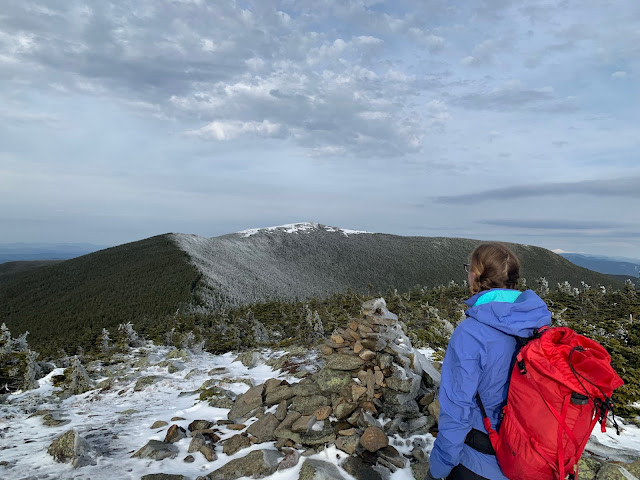 The snow all the way to the summit was negligible, the views were plenty, and the wind wasn't too bad. It was the absolute perfect temperature. 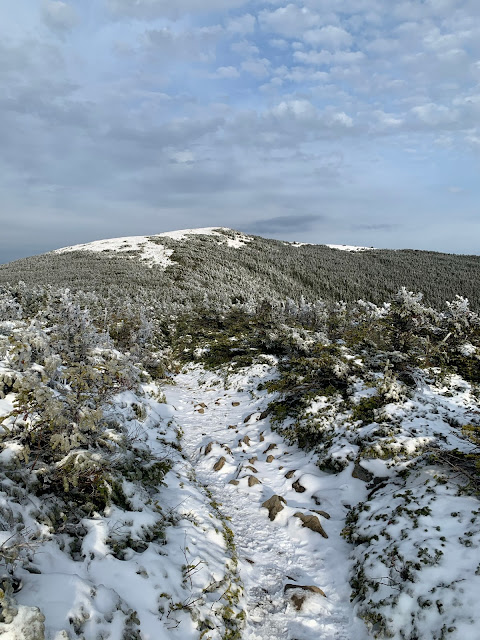 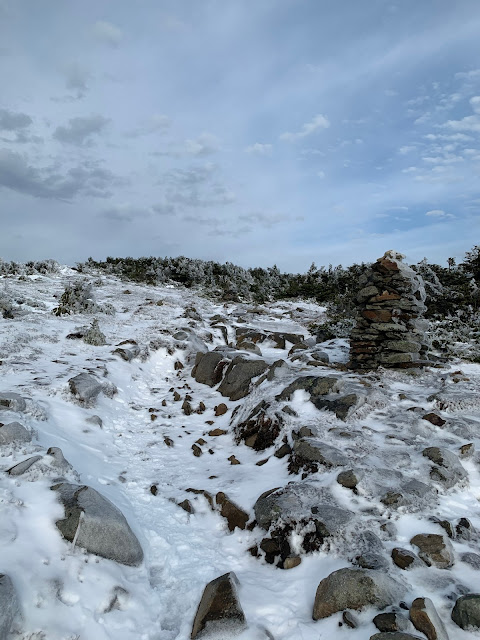 I knocked the ice off the sign, but I'm sure it will be back soon! 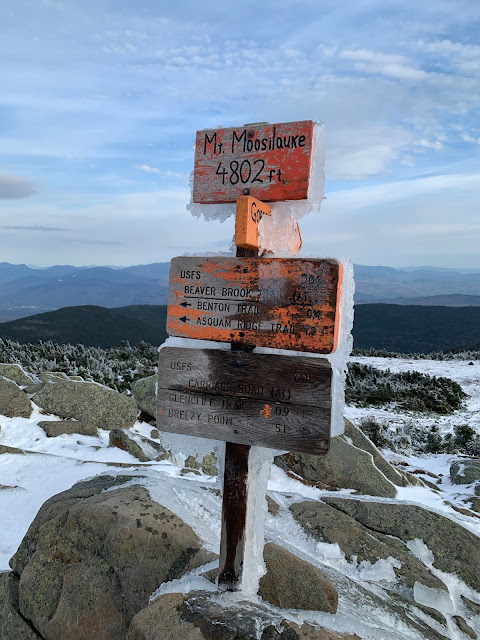 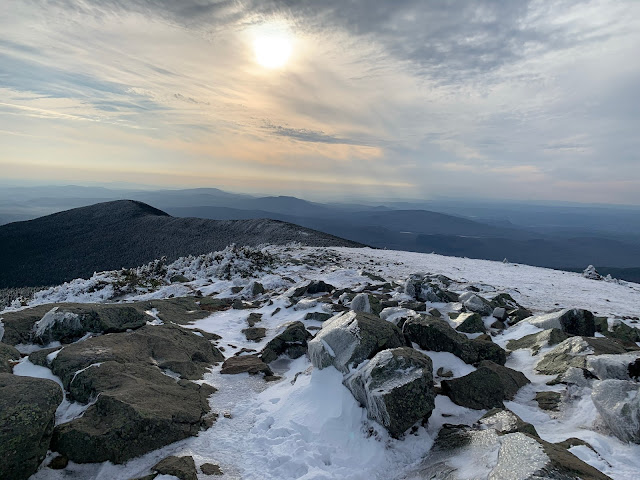 We took Gorge Brook down, which as I said was hard on the knees. Although it is switchbacky, it has some big steps down. I often see Gorge Brook as part of ski routes on Moosilauke. I've taken it up on skis, but never down. I don't think I would want to. 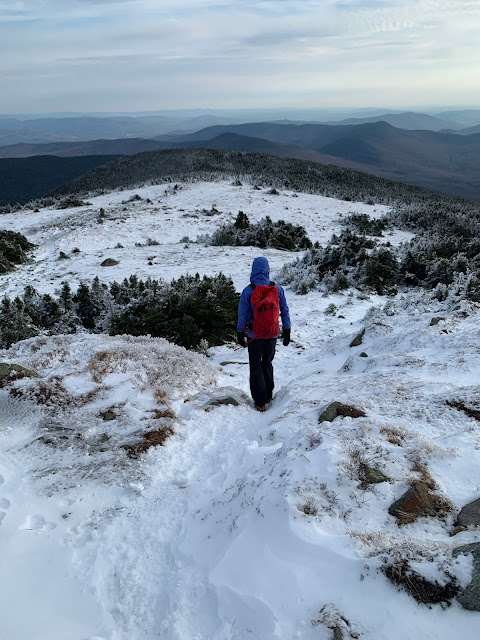 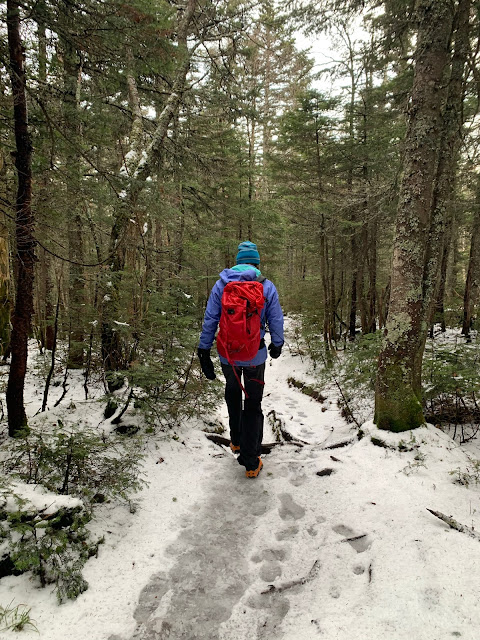 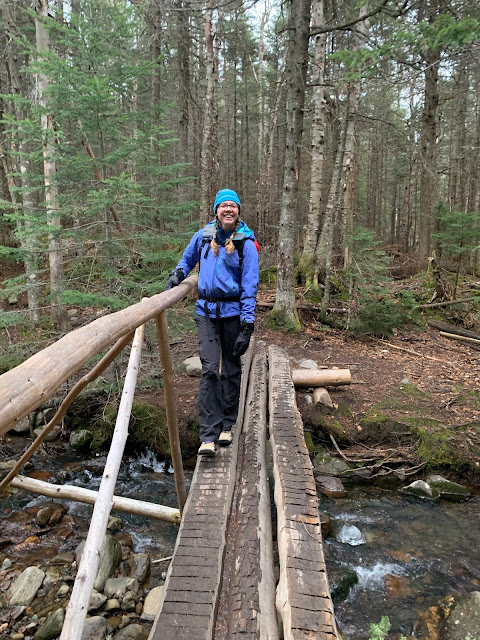 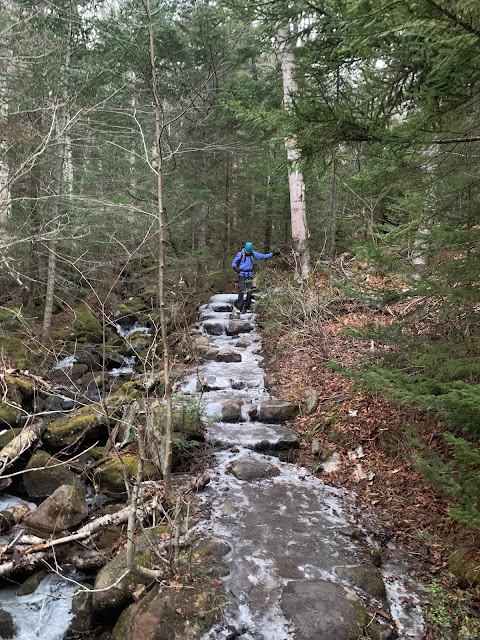 Despite the downhill slog, we were rewarded with an incredible sunset. Not a bad day in the mountains. 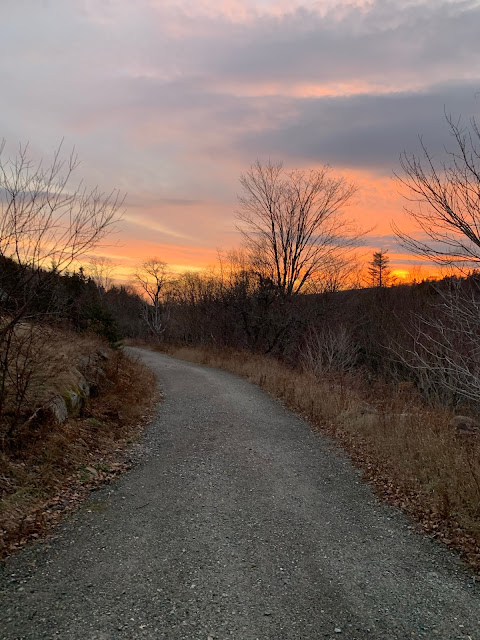 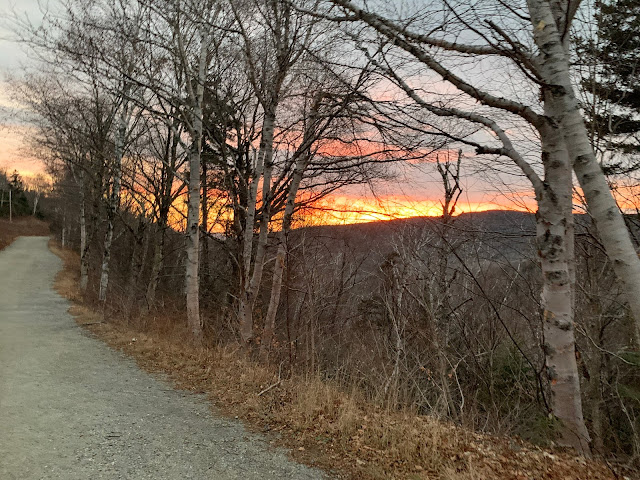