Follow me on Facebook!
Pleasant Mountain stands alone in southwestern-ish Maine. It's one of the tallest mountains in the area and rises steeply above its adjacent terrain. When I first saw it driving toward the trailhead, all I could say was WOW. 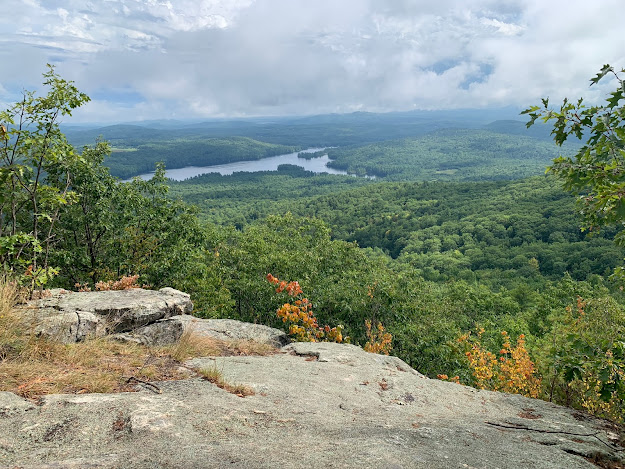 But for the older edition of the AMC Maine Mountain Guide, I would not have even known this peak existed. It's composed of a long ridgeline that links it and Big Bald Peak. I started at that trailhead, realizing that this was a much more crowded area than I could ever have anticipated. The lot was full sans one spot despite it being after 1 PM. 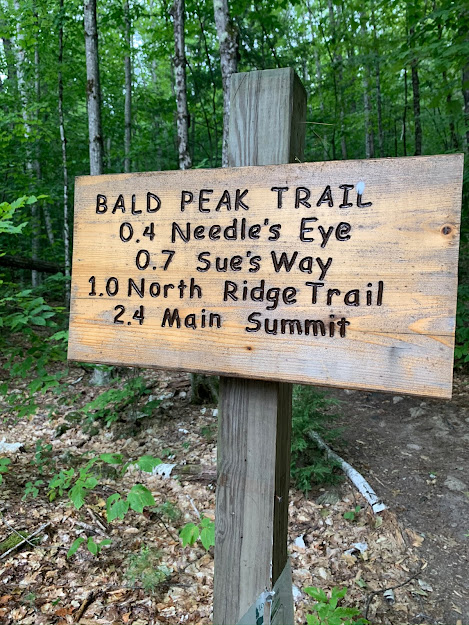 My plan was to hike Big Bald Peak, taking the less busy route up Sue's Way, traversing the North Ridge, and then descending the Ledges Trail, running the road back. It was steep right from the get-go, and I passed quite a few people heading down. Along the way, I noticed a sign for the Needles Eye, which is supposedly a waterfall. Due to the drought, it was far from it, but it was a cool chasm! 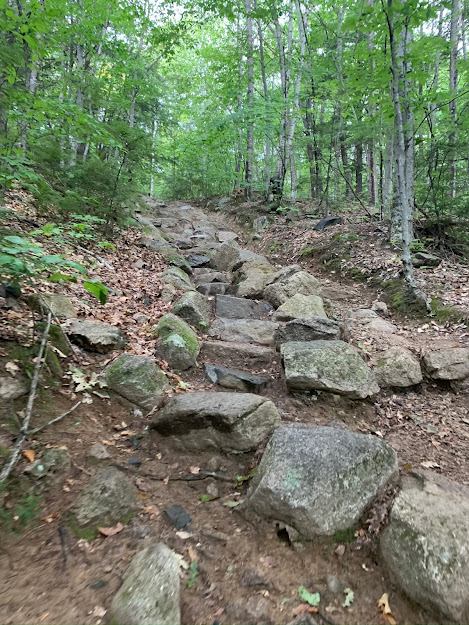 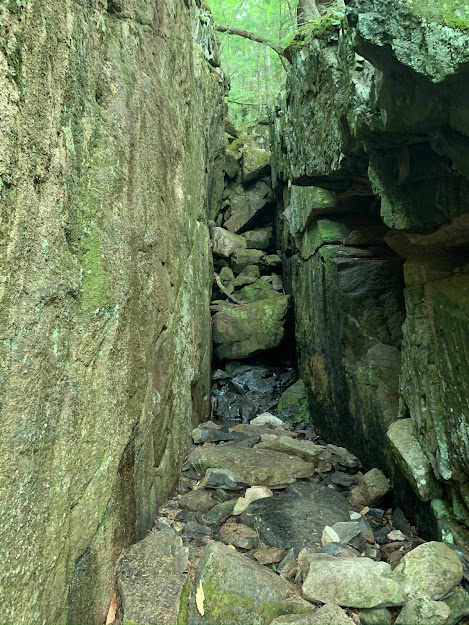 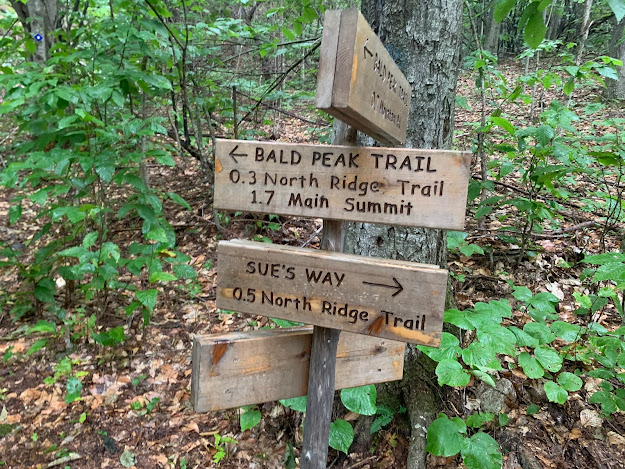 Sue's Way followed a moderate path circumnavigating Big Bald Peak, passing the ski trail along the way. It looks like a fun ski mountain–short, but steep. Sue's Way wasn't particularly interesting at first, but when it met with the North Ridge Trail, I was in for a little treat. 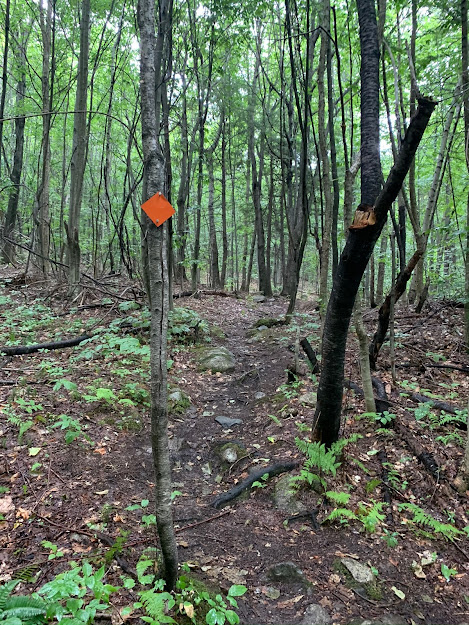 The trail from here all the way until Pleasant Mountain was more than pleasant. Rock scrambling, followed by a beautiful sub-alpine forest led me to the summit of Big Bald Peak. The view was fantastic. 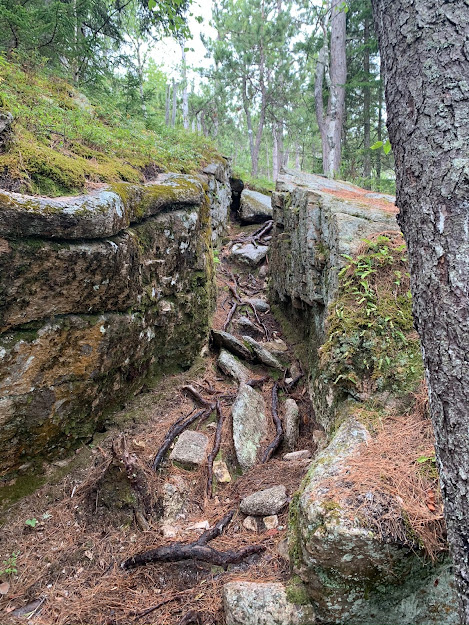 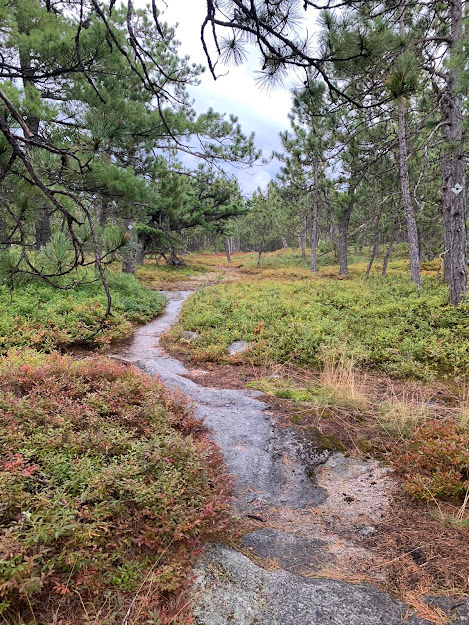 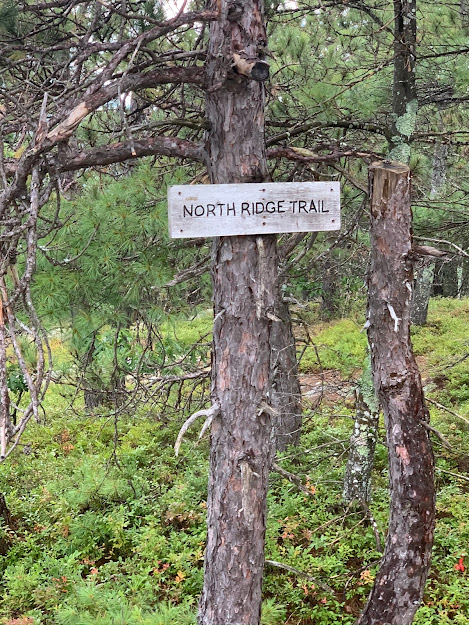 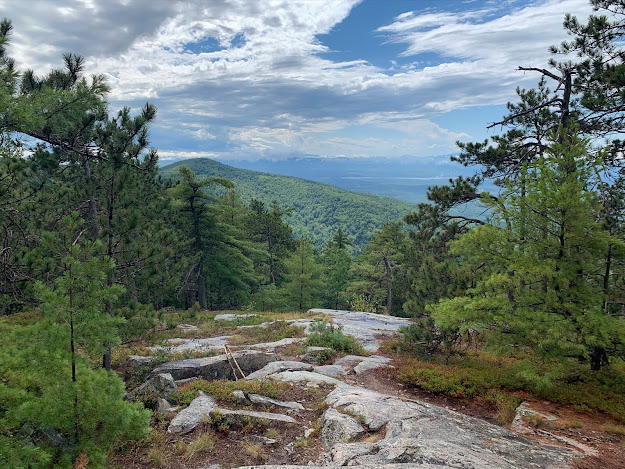 I followed the interesting and varied North Ridge trail until it met up with the Firewarden's Trail on its way up to the summit, where even better views were had. 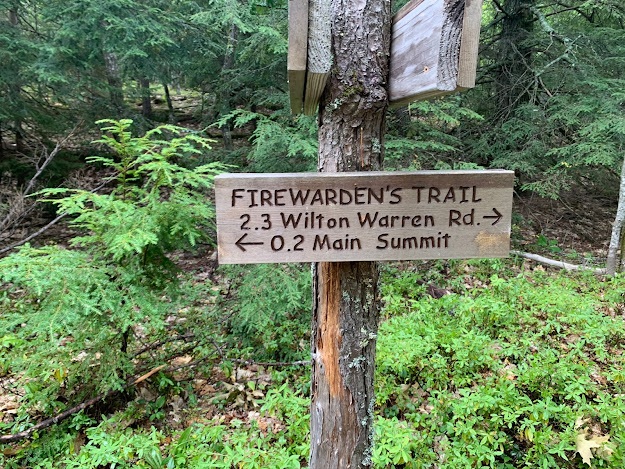 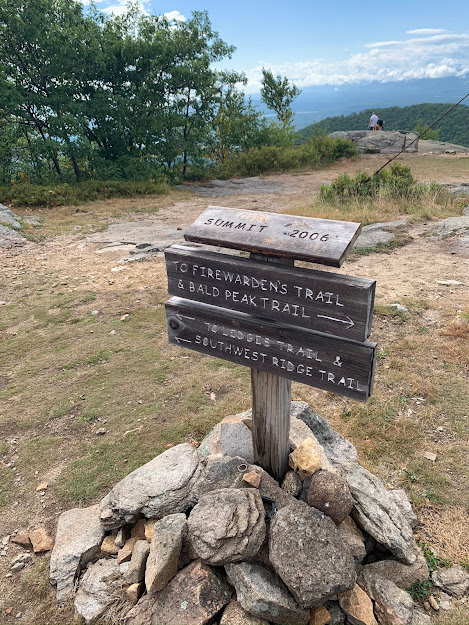 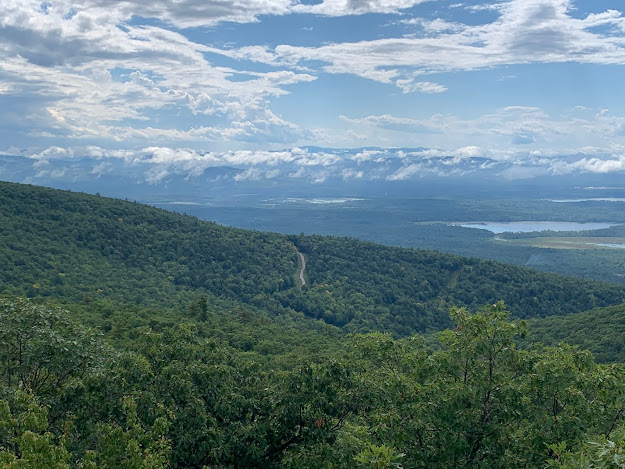 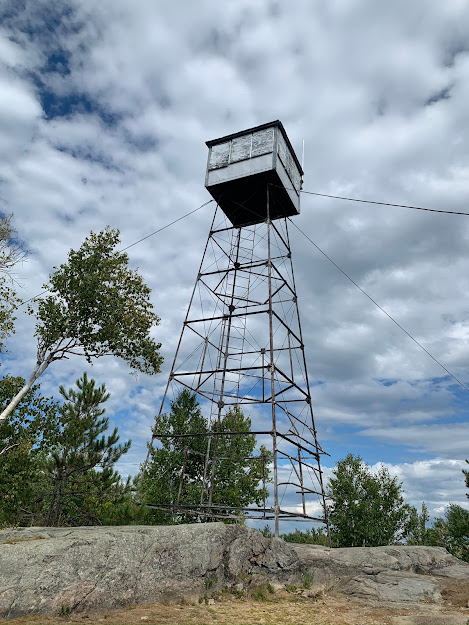 After spending a bit of time soaking in the views, I began my run down the Ledges Trail, which was quite steep in places, but turned into a moderate descent eventually. I ran the road back to the original trailhead, and enjoyed every moment of my first experience on Pleasant Mountain. 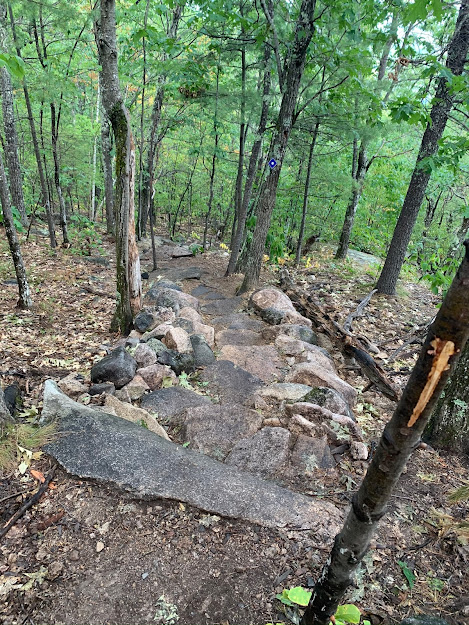