I realized today when hiking at Glenbow Ranch that I have not been there during every season when I thought I had been. I have never seen this gem looking so spectacular as it looked today. I wanted to fill a few hours close to home this morning actively being "out & about". Nose Hill and Glenbow Ranch are my go to places for this want. I performed a little home work and then I made a snap decision from the outcome. It was prime time at The Ranch for wildflowers! In my life before retirement, there was not the time to dedicate to photographing wildflowers, priority was a Saturday big long hike and if there happened to be wildflowers then I would capture a few shots. I am enjoying being lost out there amongst the fields of flowers, taking time to admire them up close, and being patient trying to get clear crisp photos. 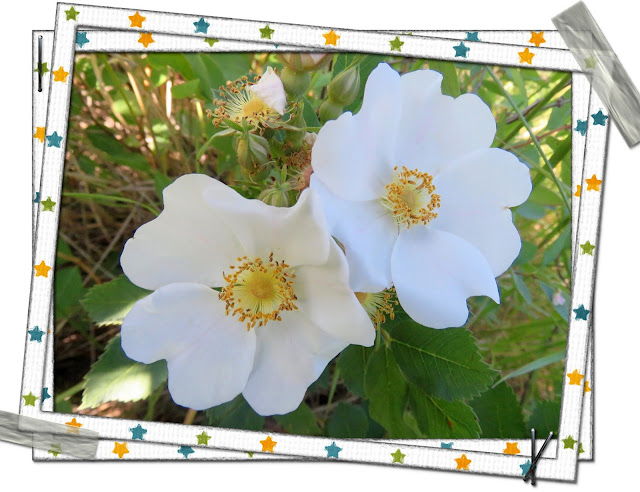 I arrived there early with intentions to beat any heat but the heat beat me there. I started in a short sleeve shirt right from the trail head. Right from the trail head too the wildflower show started. While I covered lots of ground, ten kilometers of it, I did not travel fast. Sights like in the photos below kept stopping me in my tracks. 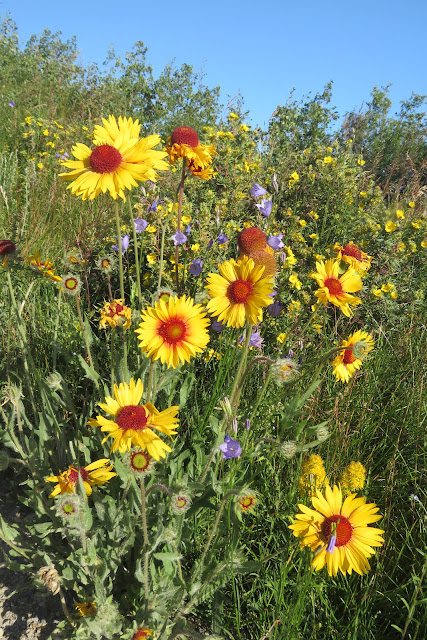 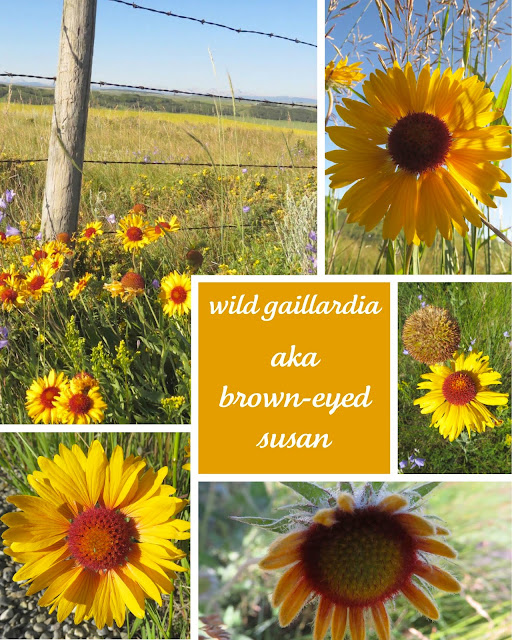 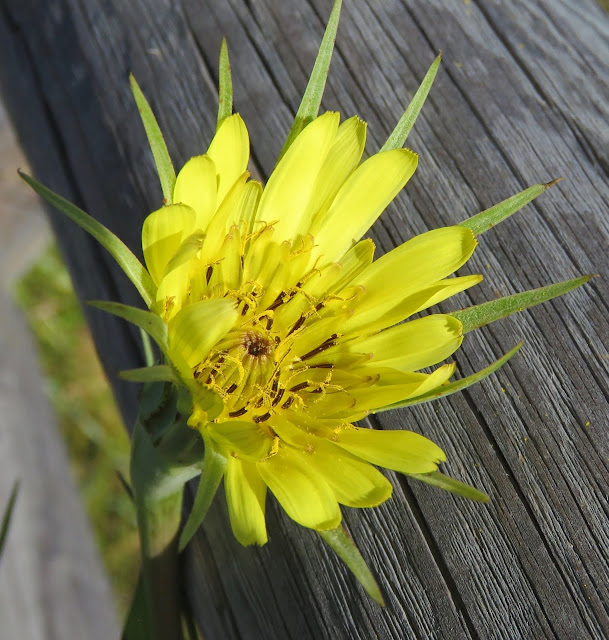 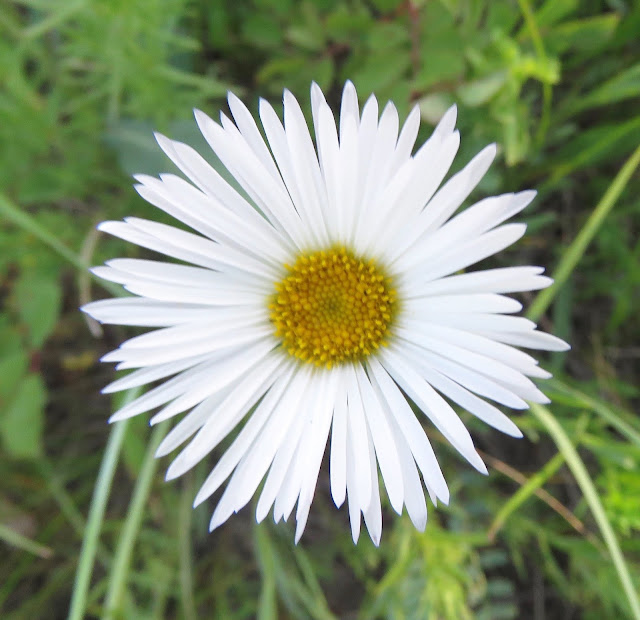 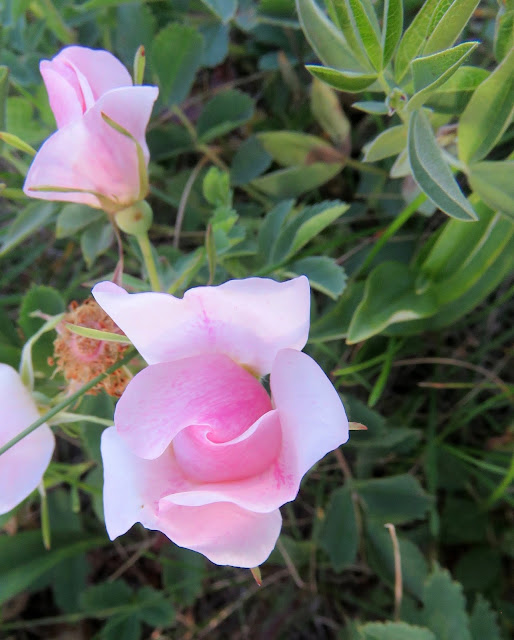 At times I was distracted!
The rabbit in the photo was in full fast hop in my direction. I stopped and watched it come towards me. I thought for sure it would veer off but came within about five feet of my feet. It then did stop and look up and then it jumped up almost as high as my waist. Then it did an about face and in the blink of an eye it was gone.
I saw brown movement in the bushes a distance ahead of me. I zoomed in to see it was a coyote. He did not see me yet and began to come in my direction. Once it spotted me it veered off trail into the brush and began to trot in the other direction. I guess feeling at a safe distance, it stopped at stared at me then put his nose in the air and howled. I took notice of that warning and took off, every now and then checking back to make sure I was not being followed.
There were lots of little planes flying over. That is typical for here on a weekday as the Springbank Airport is not far and students are performing their lessons. One plane looked odd and it was very low overhead. It's the first time I ever noticed a Nav Canada plane.
The fields of canola on the other side of the river created quite a backdrop. Seeing this made me realize that yes I had never been here at this prime time before. There were a few trains that went by while I was there and the timing was perfect for where I was to capture these colorful cars in front of the canola. 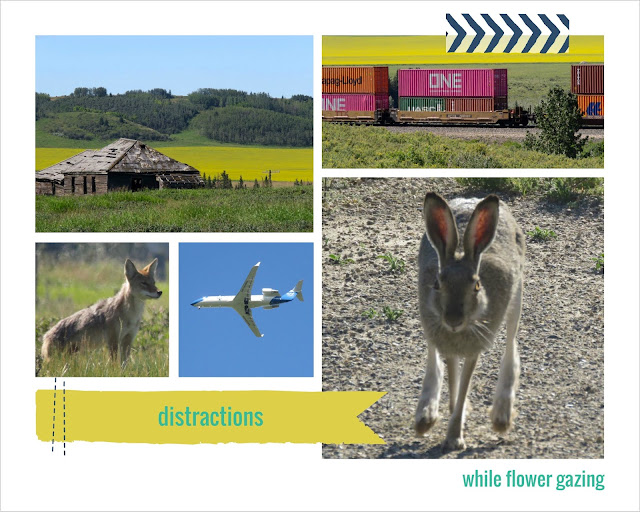 I don't know the names of all the wildflowers I saw. Here is a good sampling of some. 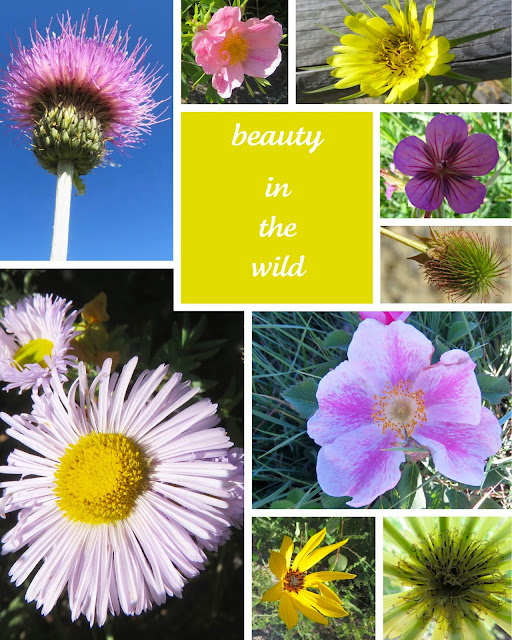 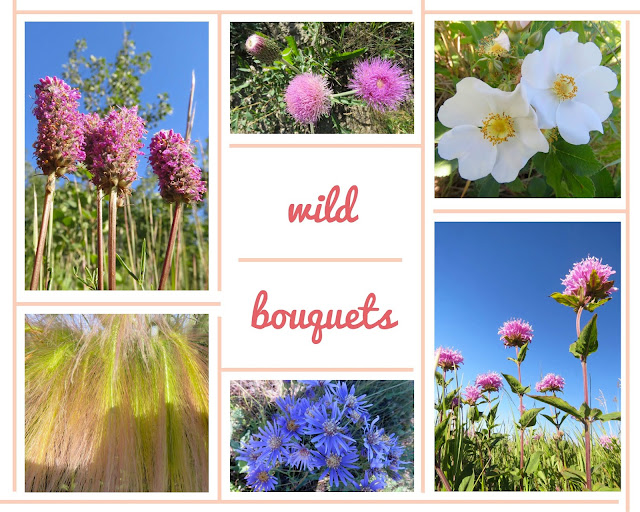 I felt tired after this hike, especially being near noon now, and I had to climb up out of the valley bottom. The sun was out full force and beating down. My legs felt tired from all the bending down to get up close to the flowers. Once back up to the top, there were still more flowers but by now I had enough. I paid a visit to the Visitor Center to make some inquiries and then it was homeward bound.
This was the route I took today. The flowers were everywhere along the way.You can not go wrong whatever trail you take. 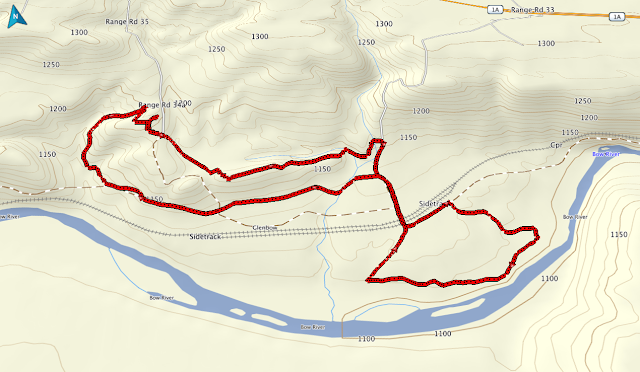 Green lake in the Pyrénées Mountains, France this week