Follow me on Instagram and Facebook
Chocorua, despite its relative popularity, has become one of my favorite go-to peaks in the Whites, much like Monadnock was for so many years before I hiked every inch of trail in the park. With intense heat and possible thunderstorms in the forecast, we lucked out with nearly no crowds, an anomaly for a nice day on a summer weekend. 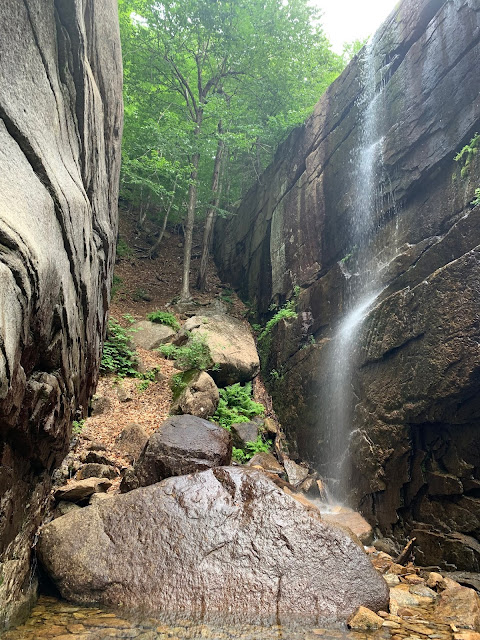 Lauren, Vicky, and I started toward Champney Falls, a location I had heard much about due to its ice climbs, but had never been to. As I get closer to hiking every trail on the mountain, I’ve become a little pretentious about the trails. While Champney is a nice trail, there are better and less traveled ones, namely Liberty, Brook, and coming up from the Sisters via Carter Ledge. 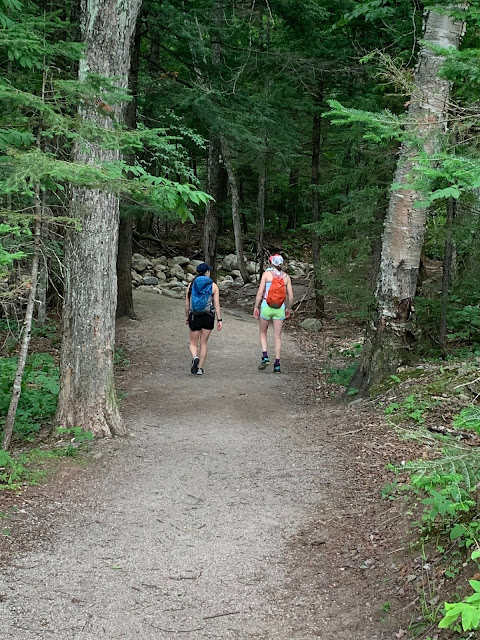 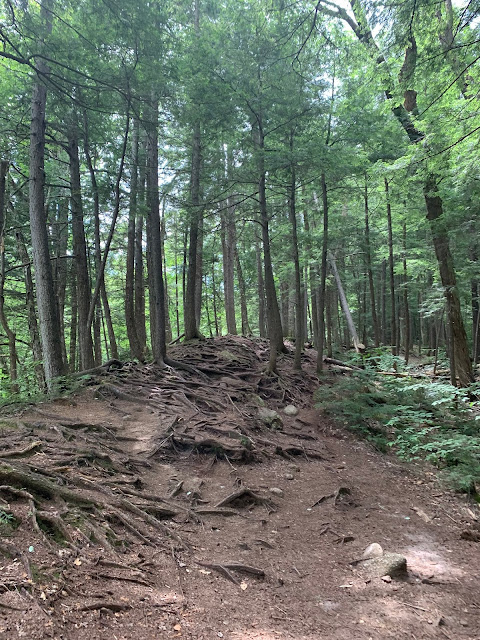 Nonetheless, after traipsing through a beautiful forest, we hauled up to Champney Falls and enjoyed the scenic and uncrowded area. The heat and storm threat surely kept people away. 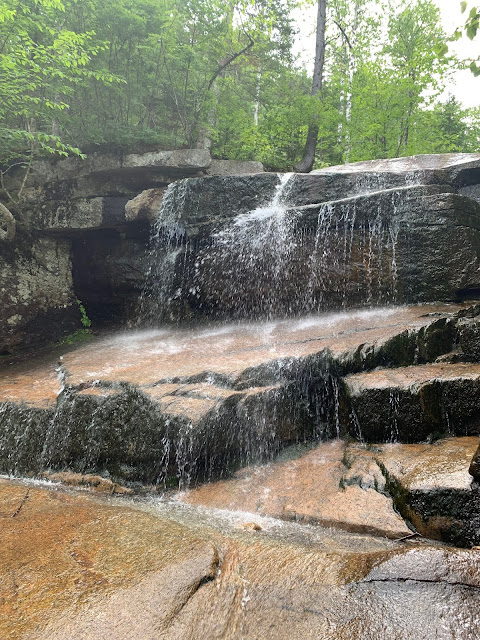 A steep set of switchbacks later, and we were at a great viewpoint of Middle Sister and the valley below. 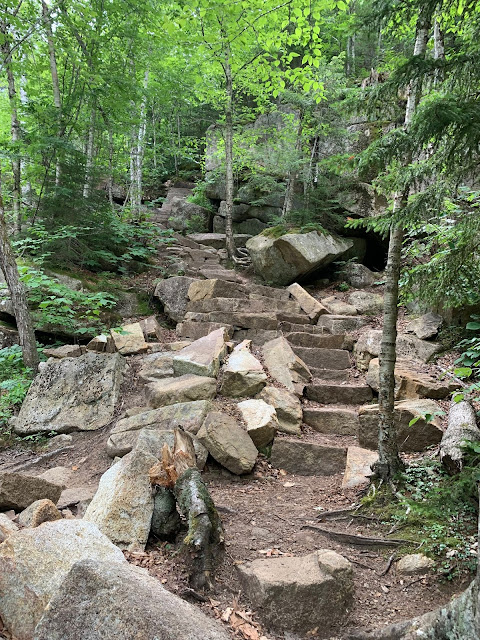 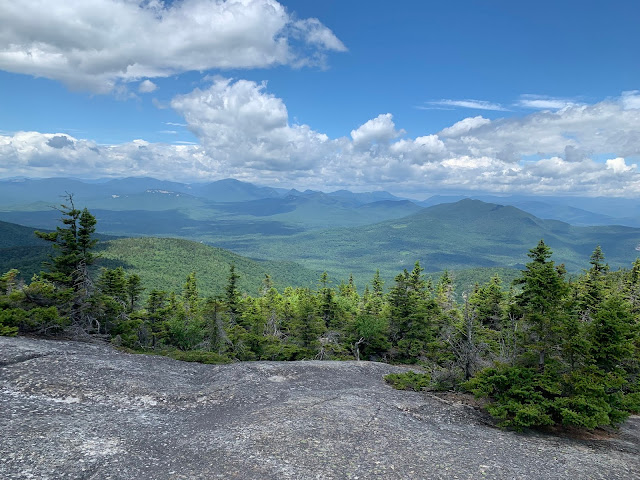 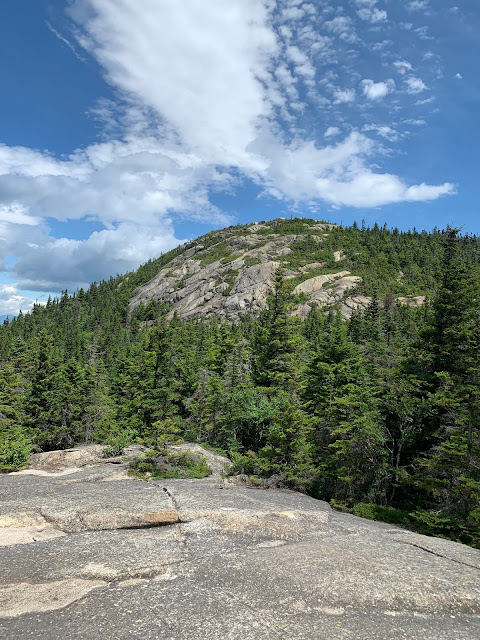 From here, we scampered up the open ledges and did some steep but short bouldering into class 5 terrain to spin it up a bit. 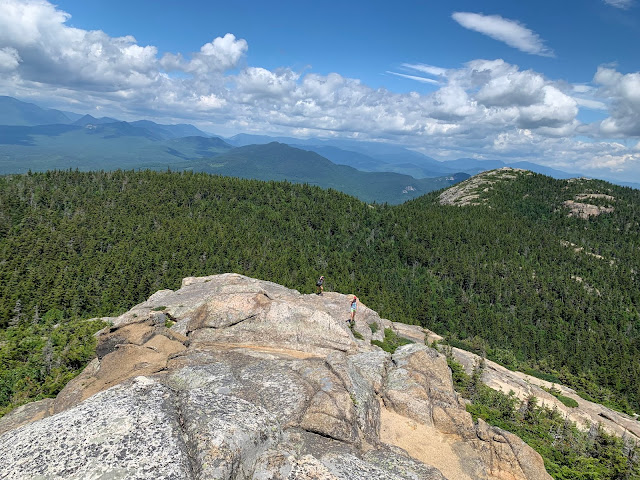 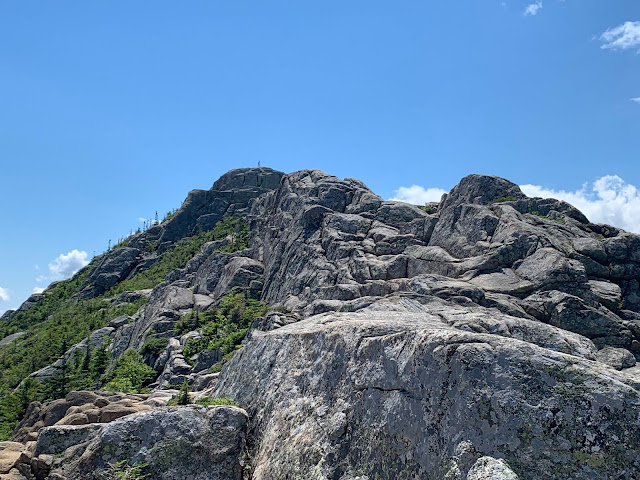 At the summit, we thanked the weather for holding up its end of the bargain, and enjoyed the endless views, naming nearby mountains. On the way down, we opted to take the West Side Trail which is the bad weather loop. It’s nothing more than a semi-boring and eroded trail. After meeting back up with the Piper Trail, we went down the same way we came up except we bypassed Champney Falls. All in all it was a lovely day in the hills! 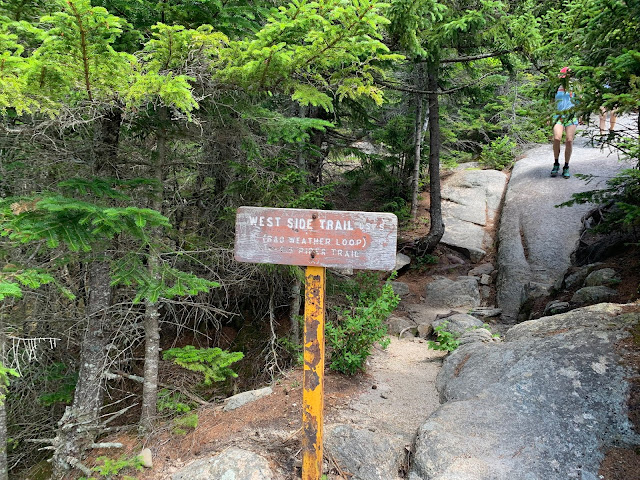