The forecast for today was to be a scorcher but on the plus side the smoke forecast rating was very low at 2 and I could see from the graphic that the smoke was gone from southern Alberta. The only thing I had to beat today was the heat and I went hiking early to Wasootch Ridge to avoid that. Starting to hike at 7:30 I soon realized I was not early enough. It was already shorts and short-sleeve shirt weather.
I went for the steep climb right from the car and got that out of the way. When the views started then I took time to enjoy them. The surroundings are dry and mostly snow free. 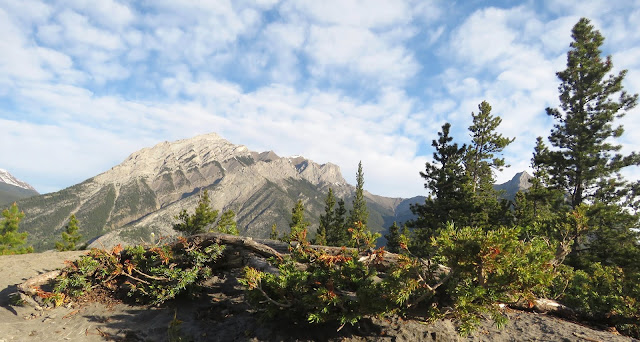 The crocuses were still thriving. 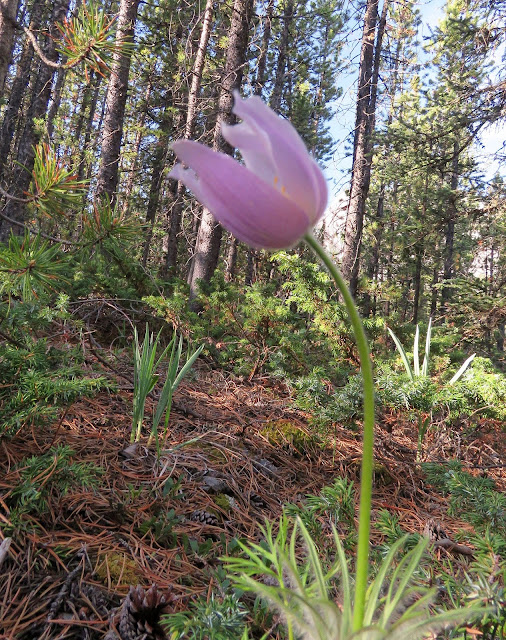 A few others started hiking from the Wasootch parking lot before me. They were no where to be seen so they must have hiked down the creek bed. It was quiet up here where I was and I like it like that. I know from experience to savour this because it won't be this way in a couple of hours.
I checked out Nakiska and Mount Allan way off there and from what I could see, there is not much snow left. I have been up on Mount Allan last year and the year before. I would like to go again this year. 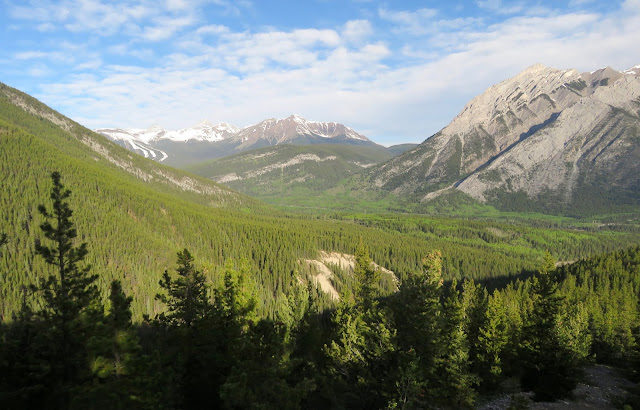 I don't always focus on mountains! 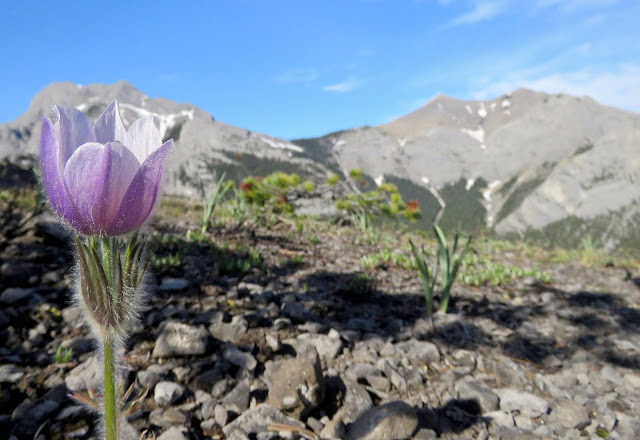 It was hot and I wondered all along how far I would go. I know the return trip can be just as tough with all the ups and downs. I knew I wanted to at least get to this part with the tangled tree. I kept thinking it was closer but I hiked and hiked and hiked and so sign of it and then, there it was. By now I thought just get to the cairn at the top. 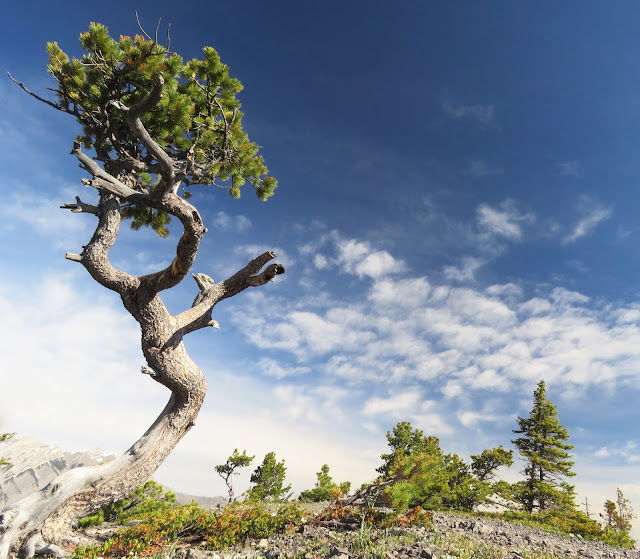 So I did! My summit shot! 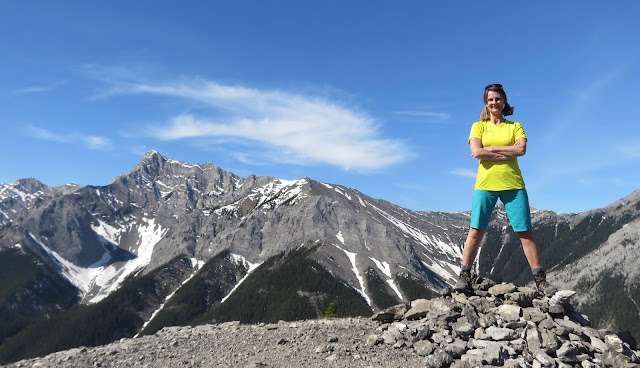 There was no one in sight. I owned this peace of paradise for my entire visit. 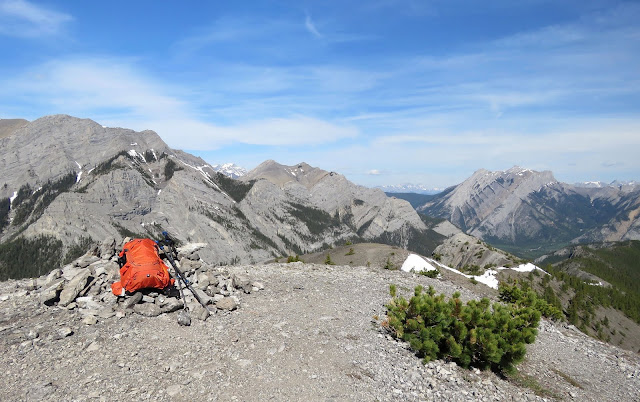 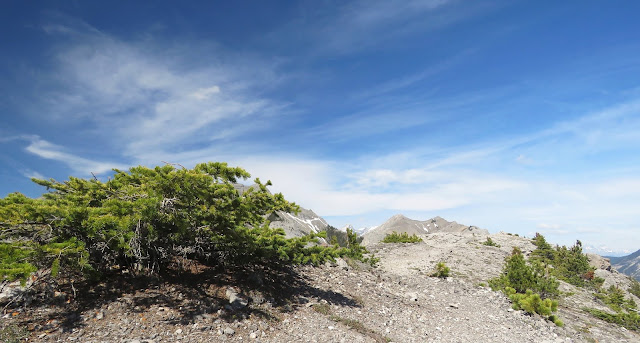 After hanging around and taking care of summiting business, I began the return trip. A few minutes from the top I met two hikers coming up and from then on, it was hiker after hiker after hiker, dozens and dozens of them. This confirmed my early approach was the best decision.
posing for a summit shot 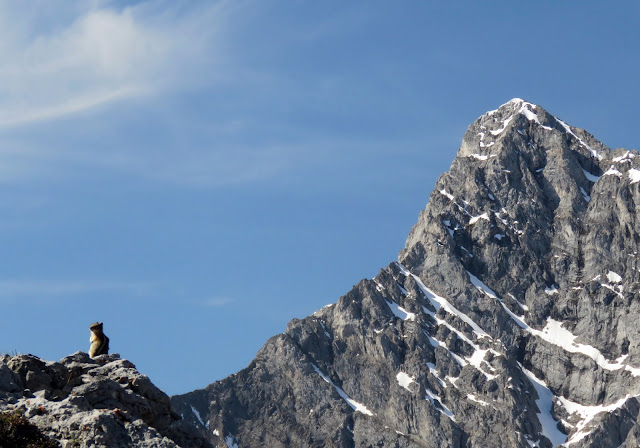 I could see the long stretch of trail ahead of me on that part of the ridge. I still had a long way to go, needing to get to that small space that looks a bit brighter green at the base of that big brown mountain center left. By the time I reached my car I noticed I was well under five hours for the round trip. I felt more so a mess of sweat than being tired. I snacked, I hydrated, I sat bare foot, did a tick check, then hopped in my car and motored home. 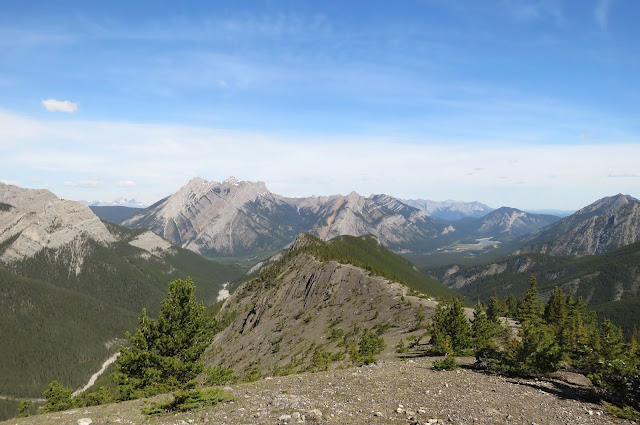 a super Sunday indeedbrought to you by