Follow me on Instagram and Facebook
It's been a while since I made one of these list-type posts, so I figured in honor of the commencement of the hiking season I would take the time to compile my top twelve hikes in the Southern Whites, since it is customarily the first area to melt in the range. It’s also coincidentally my favorite area to hike in New England! 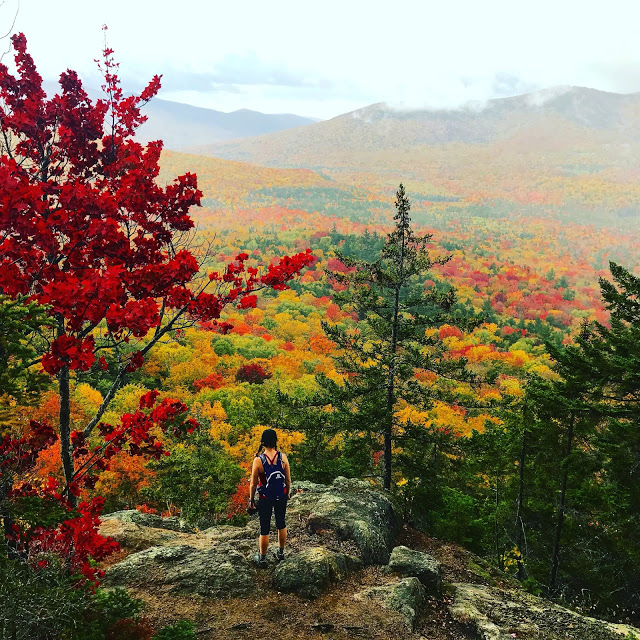 These hikes are generally the closest to the Greater Boston area, and includes peaks that aren't 4000 footers. This is the first of a new series of lists dedicated to my favorite hikes in the area (Southern, Central, Northern Whites, and the Lakes Region. For my favorite hikes on Mount Monadnock, see THIS POST)
Qualifications to be considered part of the Southern White Mountains:
1. Be south of Route 1122. Be north of Lake Winnipesaukee3. Be east of I-914. Be west of Route 165. Does not include the Belknaps/Ossipee area (but does include Squam area)
So here goes nothing!
Honorable Mention: Mount Potash/Mount Hedgehog, Mount Chocorua via Liberty and Brook Trail, Mount Cube and Smarts Mountain
12. The Osceolas via Greeley Ponds TrailSolitude: 4Views: 8Trail: 7FUN: 6Difficulty: 9Mileage: 7.6 miles RT
The Osceolas are first up. Generally speaking, I’m a big fan of these mountains. The views are great, and the trail is generally fun, albeit very eroded. However, it’s not a place you go if you want to be alone unless you’re there during the week or at night. This is my preferred approach to the other side of the trail because it can be done year-round. Bring your poles though—it’s very steep. 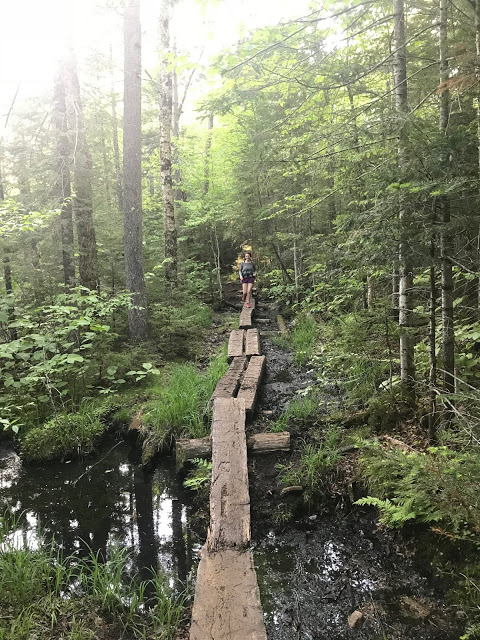 Some highlights of the trail are the views from Mount Osceola and the chimney section in between the two peaks. 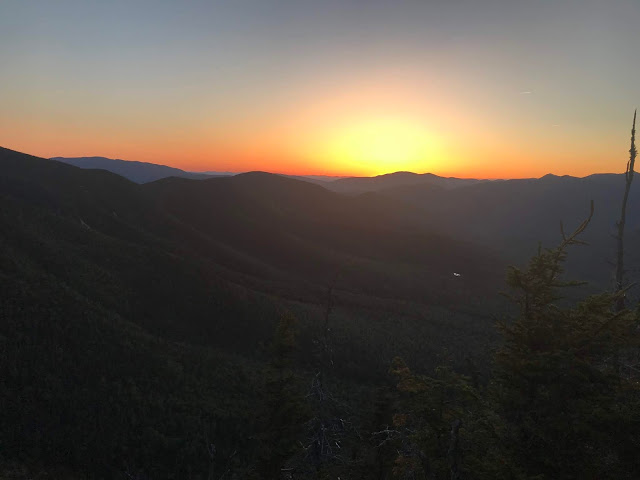 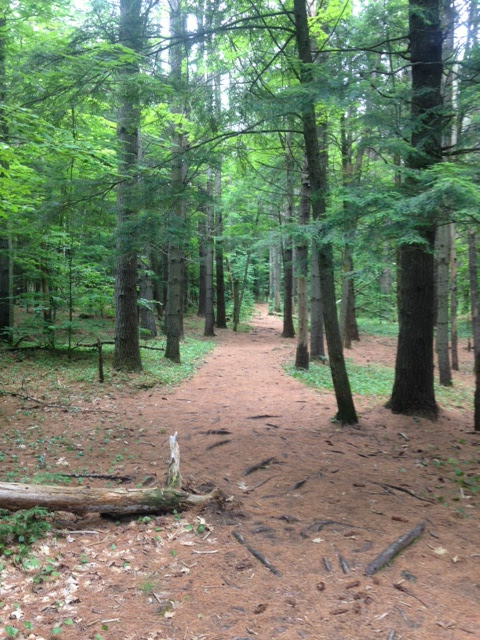 Great views of Plymouth and its renowned windmills are to be had, and it takes no more than an hour round trip if you're moving quickly. It is quite steep for about half mile, however. Not a ton of people frequent the peak, but you may see a few parties on a weekend. 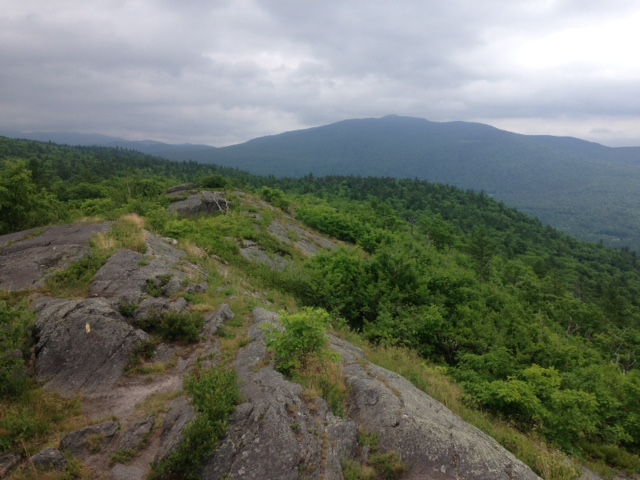 10. Black Mountain (Benton) via Chippewa TrailSolitude: 8Views: 7Trail: 7FUN: 6Difficulty: 6Mileage: 3.6 miles RT
Again, like Rattlesnake, there are two popular Black Mountains. This is the one closer to Mount Moosilauke as opposed to the one in Jackson. And like Rattlesnake, it's short, sweet, and steep. One thing to note is this hike is via the Chippewa Trail on the west side rather than the Black Mountain trail on the northeast side, which I haven't done before. 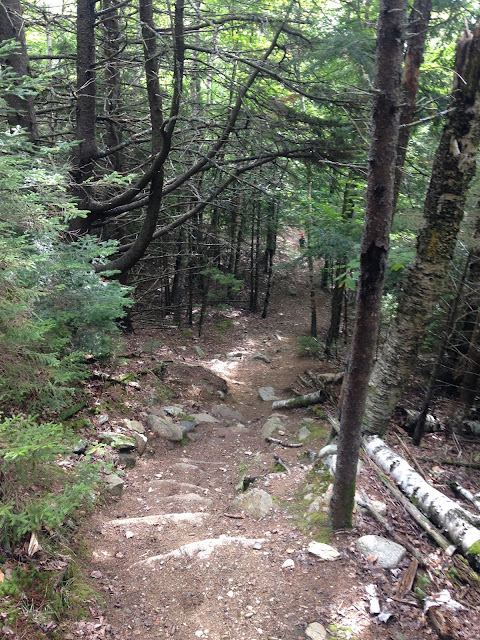 The trail plows straight up in a menacing manner but given how brief the hike is you won't regret the temporary pain. The views from the top are spectacular, and there are multiple vantages from the summit. 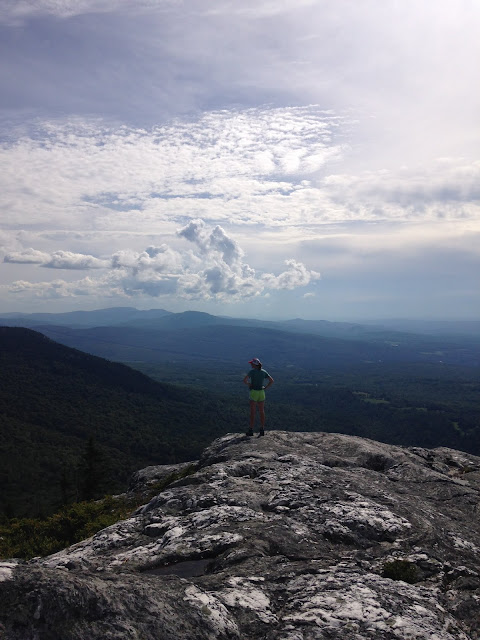 9. Welch-Dickey Loop Solitude: 3Views: 9Trail: 8FUN: 9Difficulty: 6Mileage: 4.5 miles RT
The Welch-Dickey Loop would be the *perfect* moderate hike if it wasn’t so crowded all the time. While I have been on the peak with minimal crowds before, it was late March. Once Memorial Day hits, you’ll be lucky to park anywhere near the parking lot. 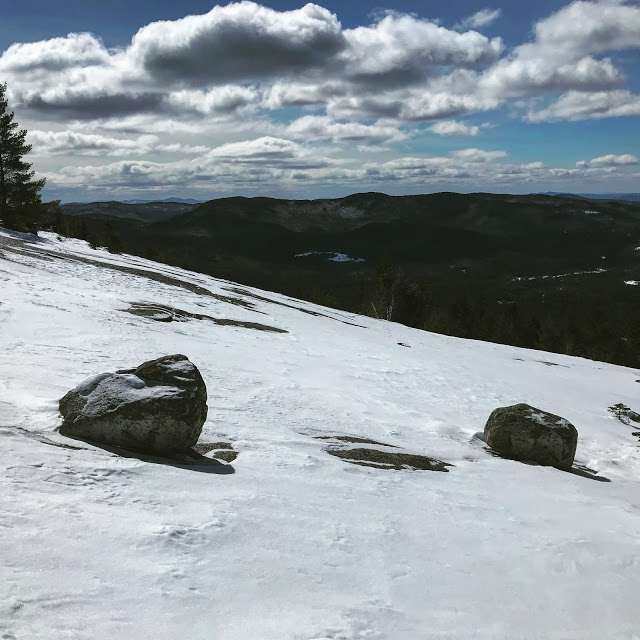 But the hike itself is a very redeeming one. Open ledges, fun scrambles, and rewarding views are to be had in under five miles. It’s also quite close to the Greater Boston area and is beginner friendly. Just make sure to get there very early or later on to dodge the crowds. 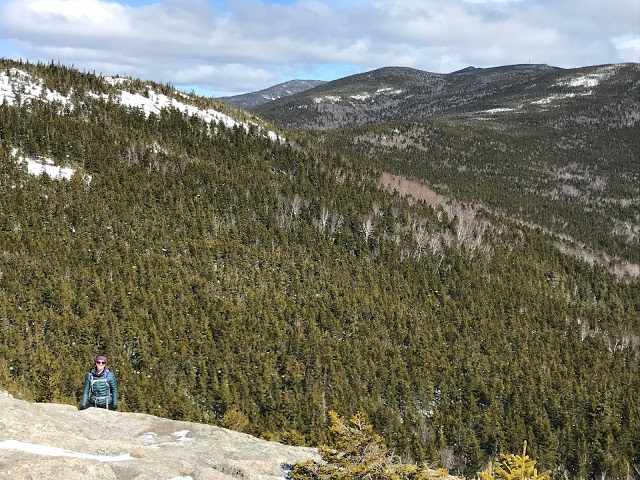 8. Carr Mountain via Carr Mountain TrailSolitude: 10Views: 6Trail: 7FUN: 6Difficulty: 7Mileage: ~6.5 miles RT
What the heck is Carr Mountain, you ask? It's not a typical peak to make a list like this. Why? Because it isn't on a list. Not many people hike this mountain. It's somewhat overgrown in the summer, but never bad enough to struggle to follow the trail. It can be hiked from either the east or west side, but the trail from the east is easier to navigate. 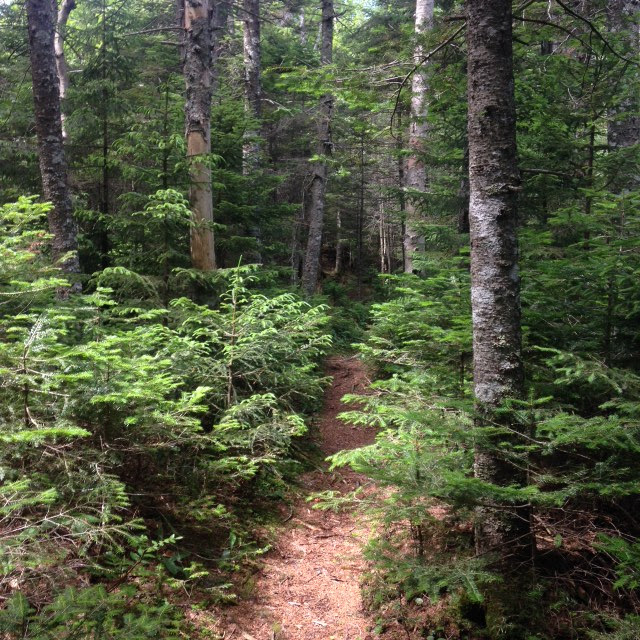 The summit used to be home to a tower, but it has since been removed. In its place is an old concrete foundation that you can stand on to get some views of the Kinsmans and Moosilauke on a nice day. But the real reason you go to Carr is for the solitude. Not many people hike it, and on a beautiful summer weekend you’ll be lucky to run into a few people. 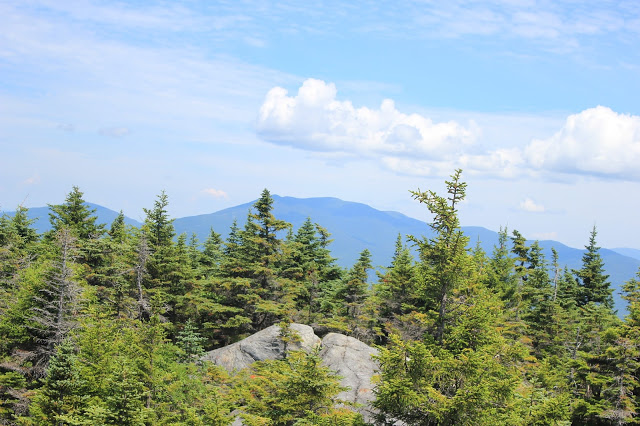 7. Mount Cardigan via Holt Trail and Clark TrailSolitude: 4Views: 8Trail: 8FUN: 9Difficulty: 7Mileage: 4.3 miles RT
It’s really a good question whether Mount Cardigan is actually a part of the White Mountains, and I was inclined to leave it off the list at first (since it’s also geographically parallel to the Northern part of Lake Winnipesaukee). But alas, no Southern Whites list is complete without at least referencing Cardigan. It’s a beautiful peak with a fire tower atop the summit, but given its Southern location, it is extremely popular and crowded during the nice weather months. 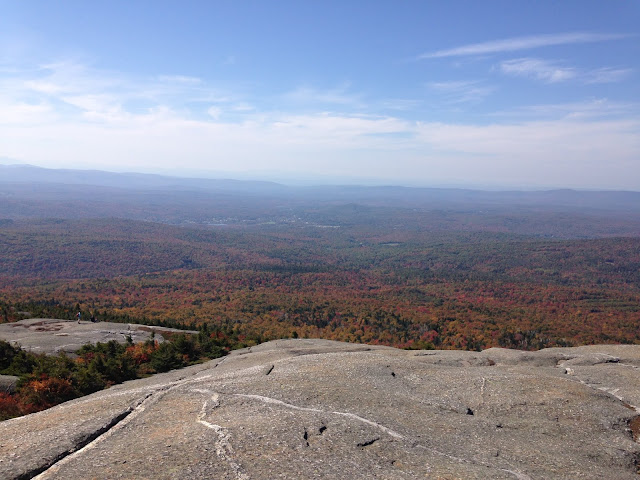 That being said, you may find a little more isolation along the Holt Route, which is steep and somewhat sketchy for beginner hikers. In fact, there are warning signs cautioning hikers as to the dangers of the trail. It’s easily a low class three route, meaning you will be using your hands and feet along the steeper pitches of the route. But I highly recommend it if you have the requisite experience!
6. Mount Percival and Morgan LoopSolitude: 5Views: 7Trail: 9FUN: 10Difficulty: 6Mileage: 5.5 miles RT
There aren’t many trails quite like the Percival/Morgan loop, which barely makes it on this list due to its location along Squam Lake. But it’s tough to call it a Lakes Region hike since the trail is on the way to Whiteface/Passaconaway trails. 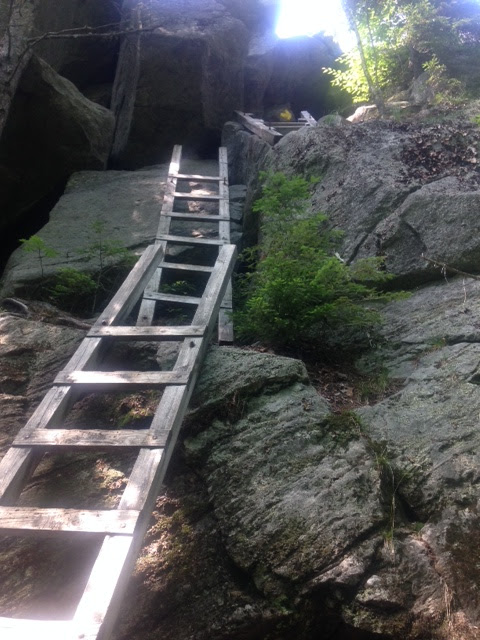 Though the hike can get extremely crowded on weekends, it’s obvious why. Crawling through caves and climbing ladders isn’t something you do often in the White Mountains. Who doesn’t love caves and ladders? 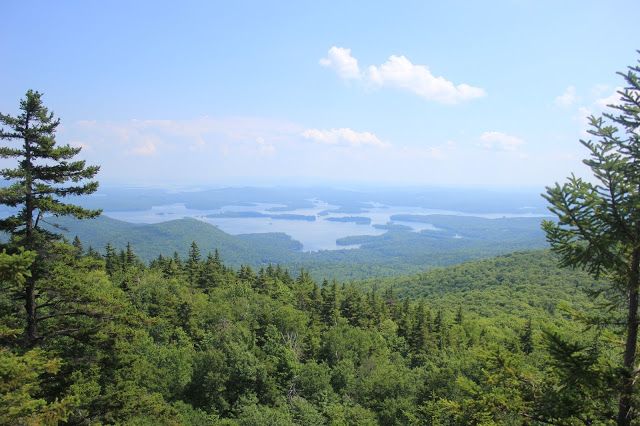 5. Mount Moosilauke via Beaver Brook TrailSolitude: 6Views: 8Trail: 9FUN: 8Difficulty: 9Mileage: 7.6 miles RT
I’ve hiked the big Moose from nearly every trail, but none left an impression on me more than Beaver Brook. It’s a gorgeous, oft-neglected, and not-for-the-faint-of-heart way to hike the peak as opposed to the more popular Glencliff or Gorge Brook trails. It crushes you right from the get-go, plowing up a steep river and following it for quite a while over sketchy, natural obstacles. It’s also part of the AT, so you’re likely to run into some thru-hikers. 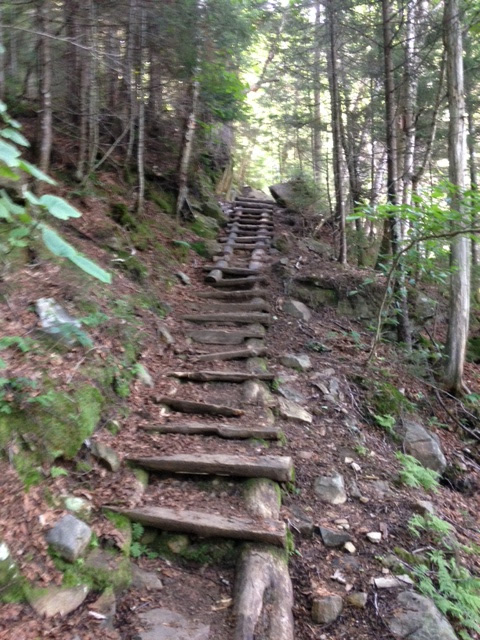 Of course, the summit is always crowded, but you’re more likely to run into less people here than on the trails from the other side of the mountain. Remember though—not for beginners. 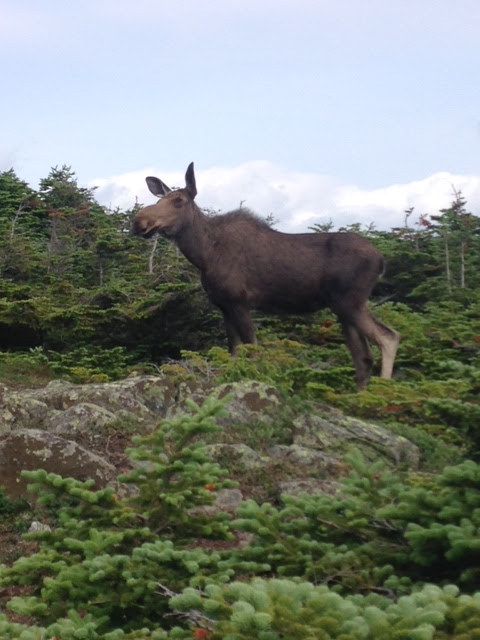 4. Mount Chocorua and the Three Sisters via Carter Ledge TrailSolitude: 6Views: 9Trail: 8FUN: 8Difficulty: 8Mileage: ~10 miles RT
Chocorua is one of those peaks that I avoided for a long time back when I was a pretentious hiker who only did 4000 footers. Boy was I missing out. This is a long loop across the very scenic Carter Ledge on trails dusted with pine needles and less erosion than you would find on the main trails, though I can’t speak for Champney Falls Trail since I’ve never been on it (and hear it is quite lovely). The traverse across the Sisters toward Chocorua makes for a long, albeit worthwhile journey. 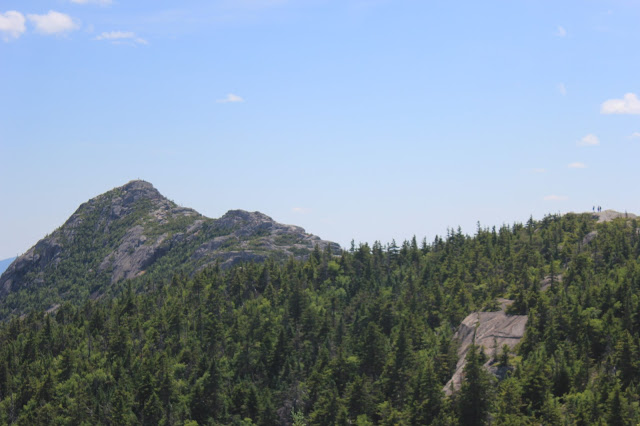 3. Mount Passaconaway and Whiteface via Blueberry Ledge, Rollins, Square Ledge, Old Mast (or Kelley Trail)Solitude: 7Views: 8Trail: 9FUN: 8Difficulty: 6Mileage: ~12 miles RT
This is the ULTIMATE Southern White Mountains tour. If you want to know what the range is all about, this loop is a culmination of some of my favorite trails in the Sandwich Range. 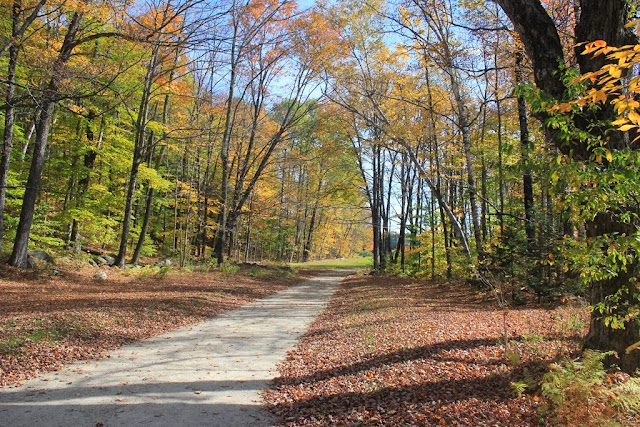 You start by taking the steep and scenic Blueberry Ledge Trail up to Whiteface, the not so exciting Rollins Trail over to Passaconaway, and then instead of coming back down Dicey’s Mill, you extend it just a bit more. The east side of Passaconaway is home to some amazing, uncrowded trails, including Oliverian Brook, Square Ledge, and all the trails near Paugus Pass. My preferred descent is down either the Old Mast or Kelley Trail, but don’t forget to stop by Square Ledge—the views of Passaconaway are exceptional, and make you truly appreciate the mostly viewless peak. 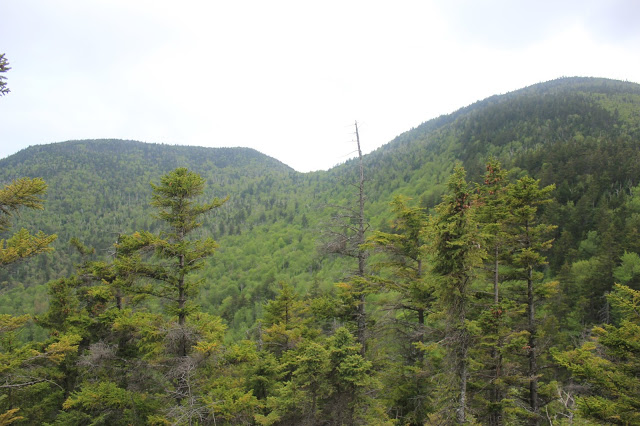 2. Sandwich Dome via Algonquin TrailSolitude: 9Views: 8Trail: 8FUN: 8Difficulty: 7Mileage: ~9 miles RT
Sandwich Dome isn't my favorite mountain in the world. I find that its views are sub-par compared to most of the peaks on this list. However, that all changed when I hiked the Algonquin Trail for the first time. To hike this trail, you have to be able to competently drive on eroded dirt back roads, which is why it isn't as popular as it could be. 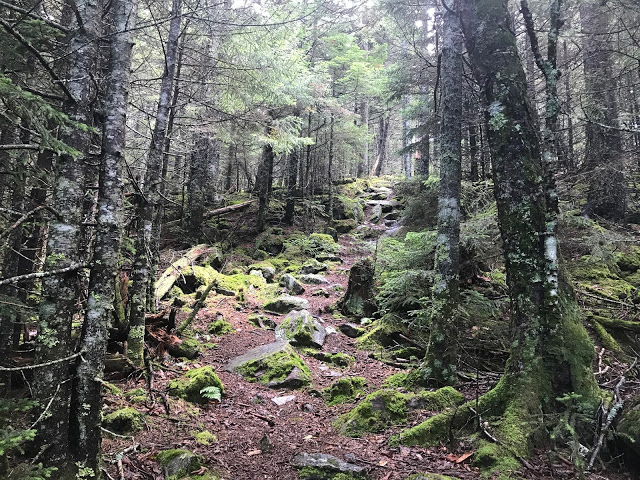 However, the hike is extremely rewarding, with some class two scrambling, phenomenal views from the trail, and plenty of solitude. Do yourself a favor and give this hike a try. 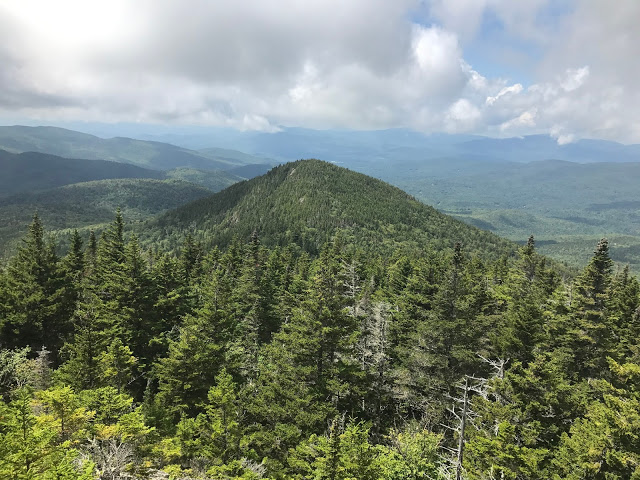 1. The Tripyramids via Livermore, Kettle’s Path, Irene’s Path, North and South Slide Solitude: 6Views: 9Trail: 9FUN: 9Difficulty: 9Mileage: ~12+ miles RT
The Tripyramid Slides is my number one hike in the Southern White Mountains. No hike gives you more of an alpine feel while ascending the very steep scree fields toward the top. But without the inclusion of Kettle’s Path and Irene’s Path, it probably wouldn’t have taken my top spot. 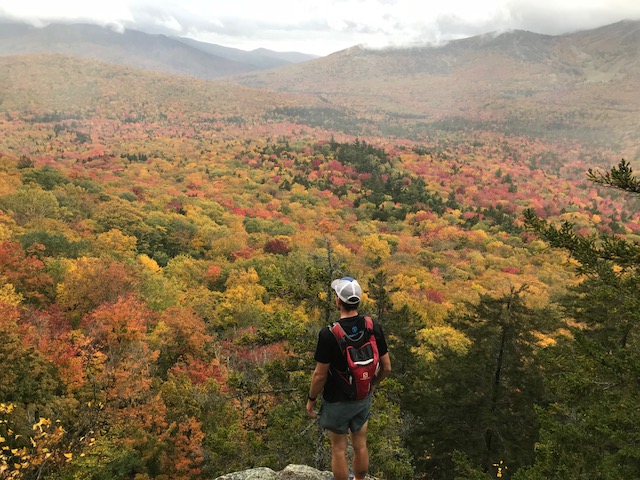 The Kettle’s Path/Irene’s Path heads up toward the Scaur, home to one of the finest views I have ever seen in Autumn in the Whites. It also goes past Flume Brook, a narrow gorge way off the beaten path that many hikers in the Whites have never seen. 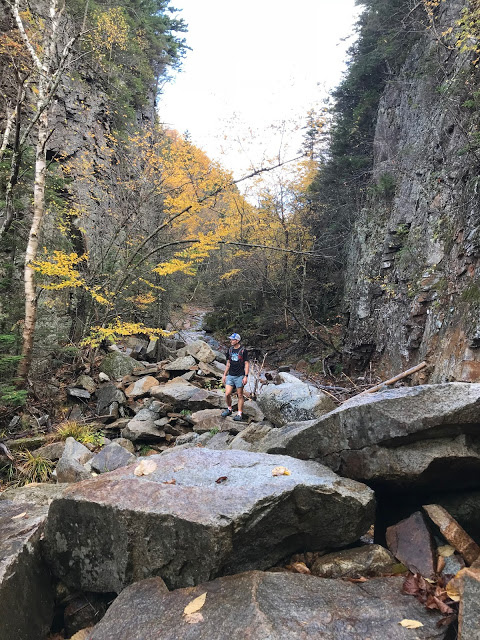 Rather than head up the Scaur Ridge Trail, it’s time to undertake the North/South Slides—which again, is not for beginners. Make sure you’re competent at scrambling on class two terrain before heading up and down these trails. 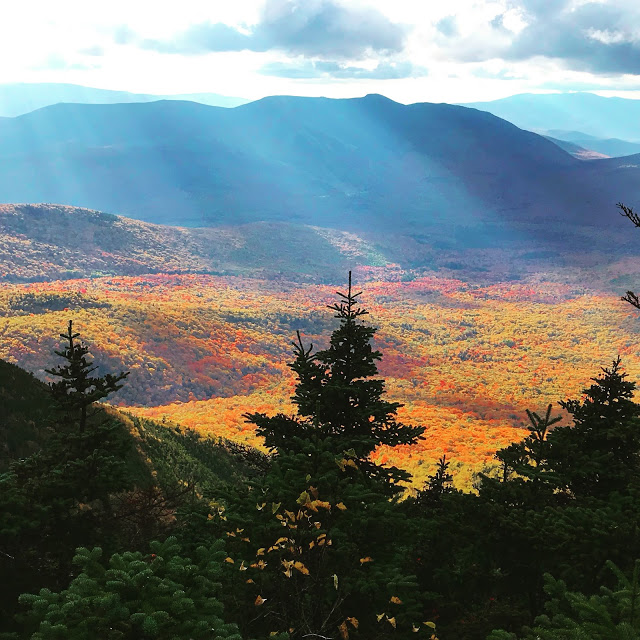 What's the Reward if There's Risk