One of my favorite strolls when staying in Bar Harbor, which we usually do at sunset, is the Shore Path. It’s located on the shores of the northeast corner of Mount Desert (where Bar Harbor is). The path is about 0.8 miles long and passes a lot of historical locations. The offshore scenery of the island backdrops, and tall ships and sail boats isn’t bad either. I read on one site that the Shore Path was created or established in 1880 and people from all over the world have walked it. 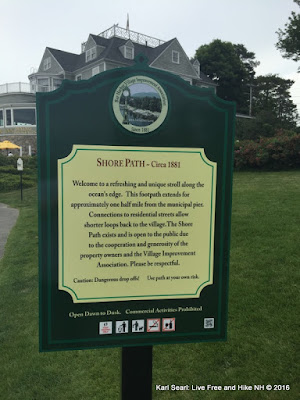 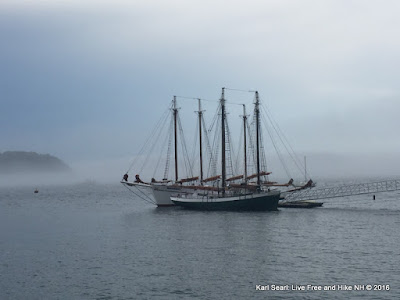 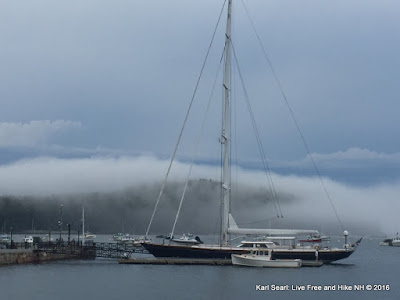 Sale boat the town pier
The Shore Path starts (at the northern trailhead) at the Town Pier where there’s a sign explaining the origins of the foot path. This is located just north of Agamont Park where there are some cool cannons to view up on the grassy slopes.
After the park, you pass by the Bar Harbor Inn on your right and head down the main path which hugs the shore next to Frenchman Bay. The pathway is pretty wide, about the width of a large sidewalk and is made up of crushed stone with some larger stones sticking up in some places. They definitely act like tripping hazards for little kids. The shore side of the trail has a built up stonewall, I’m guessing to hold back the tide when high. 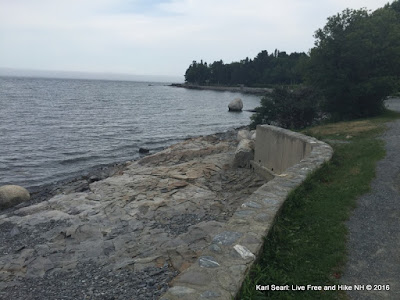 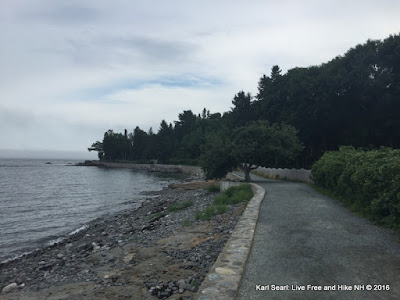 The Shore Path
Along the way, you pass by many signs placed by The Museum in the Streets. They were numbered and gave information on historical locations throughout Bar Harbor. I originally thought they were just on the Shore Path, but noticed the sign numbers on the path were only from 20 to 25, so there must be 19 more kicking around the town. 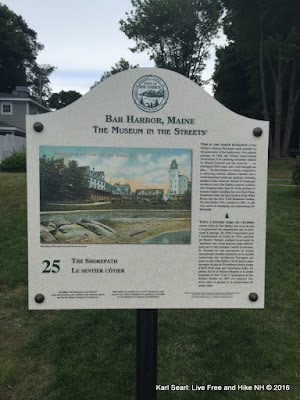 An example of the "The Museum in the Streets" display
There was also evidence of some older sea tending features like hooks embedded in rocks and holes in stones on the side of the trail. When I see stuff like this, I always wonder what they were used for. 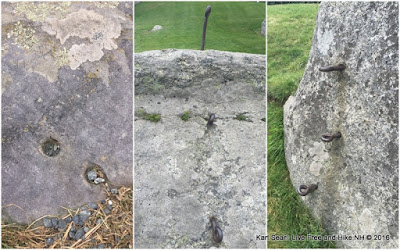 Cool historical features in rocks
At the halfway point, you pass Grant Park on your right. It’s a small, open park which is perfect for tossing a ball around. Just past the park, on the rocky shores stands Balance Rock. There's also a sign explaining how it's been an attraction for many years. 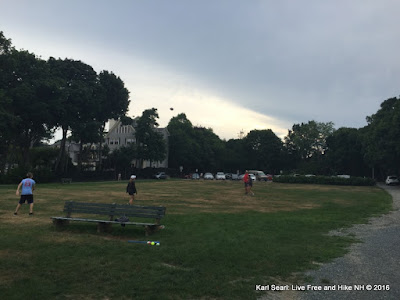 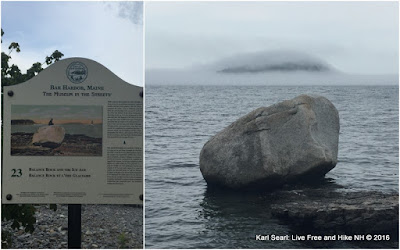 Balance Rock
One of the coolest things on this walk was caused by the weather conditions at the time. It was close to rain, as we felt a few sprinkles and it was very humid. It allowed fog to roll into the harbor, creating a cool cloud cover on top of the water, as well as on top of the islands! It was an awesome site to see. My pictures don’t capture how cool this really looked. 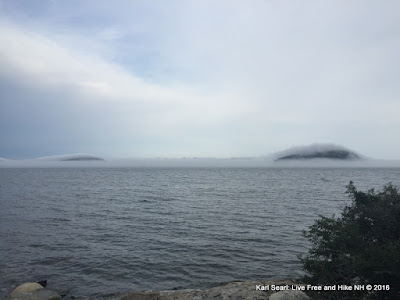 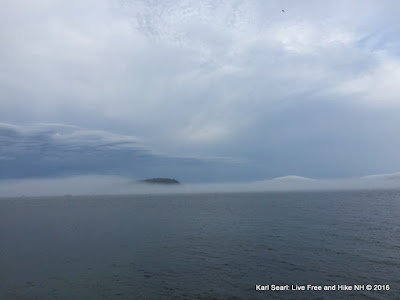 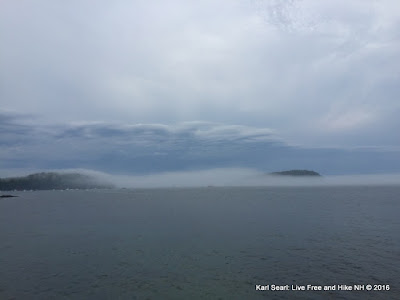 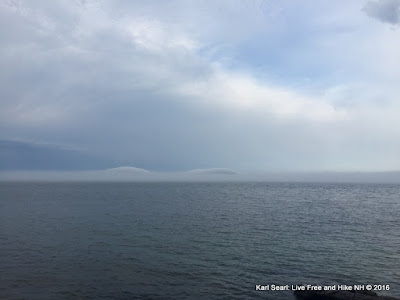 And more fog
Near the end of the path, you cross a small wooden bridge and turn right (west) toward town, where the path ends on Wayman Lane. From there, we headed back down through the town, creating a loop…while enjoying a stop at a local ice cream shop. 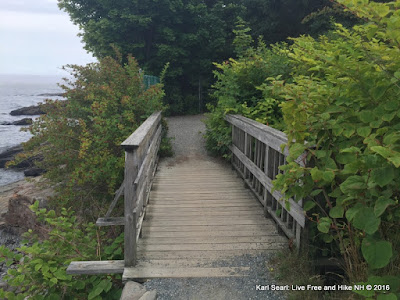 Bridge before trail heads back to town 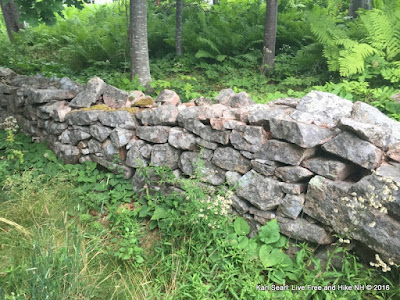 Stonewall on the side of the trail near the end 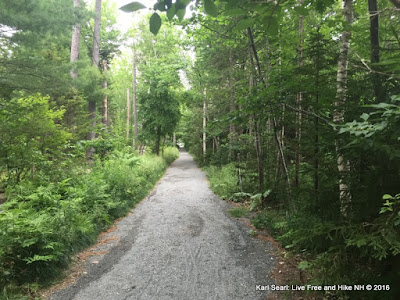 Section heading away from the shore, toward town 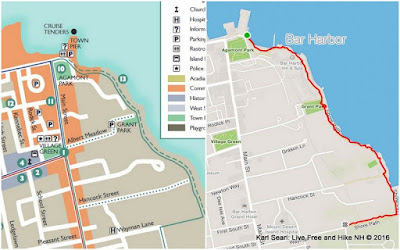 Map against GPS. Map on left taken from BarHarborInfo.com
I know this isn’t really a “hike” but thought it was worthy of a post. The Shore Path is something that anyone visiting the Island should checkout for its historical significance, quaintness and beauty!