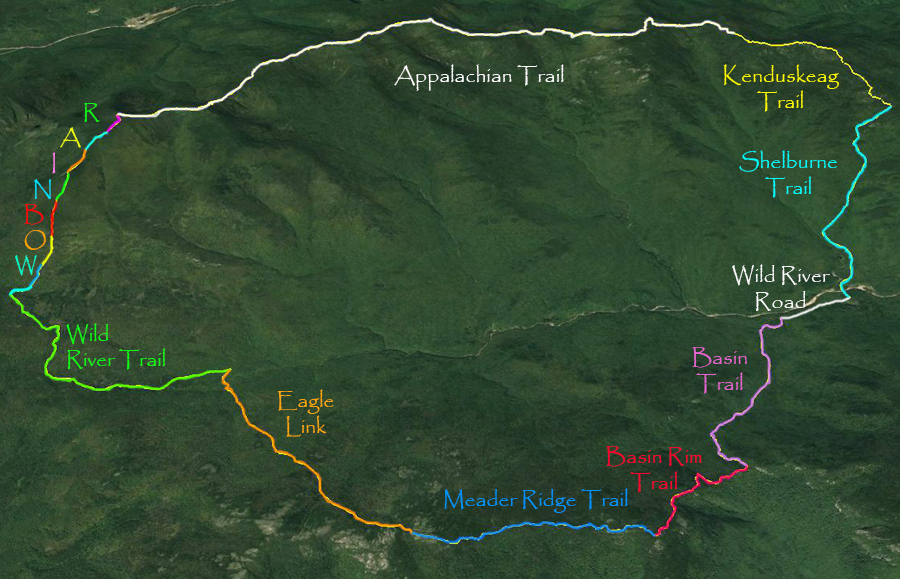 Map of the route! 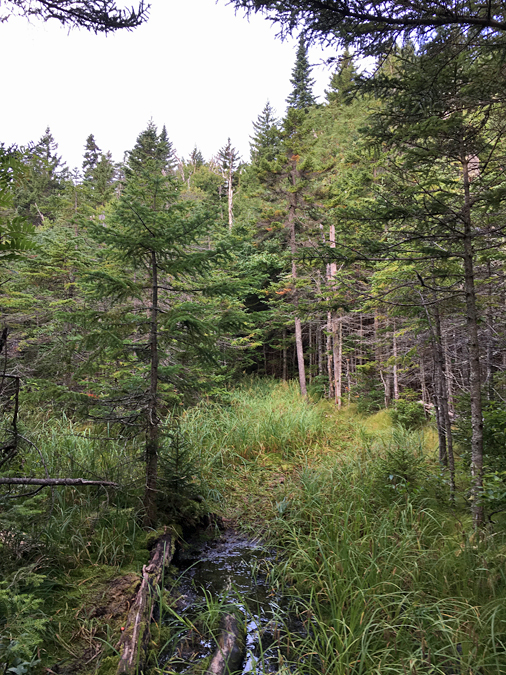 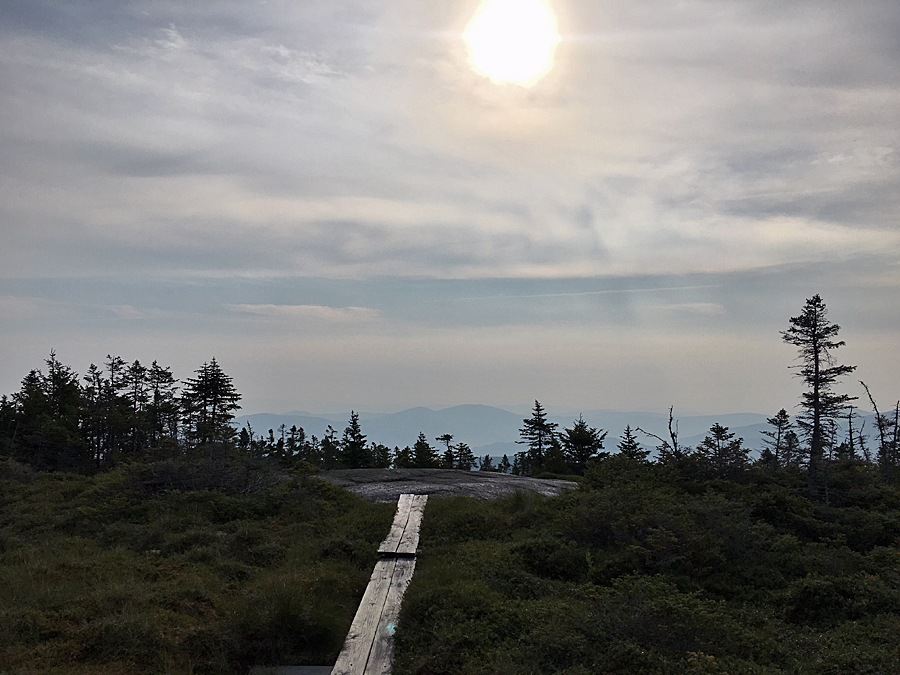 The sun shinning through the clouds and hazy sky 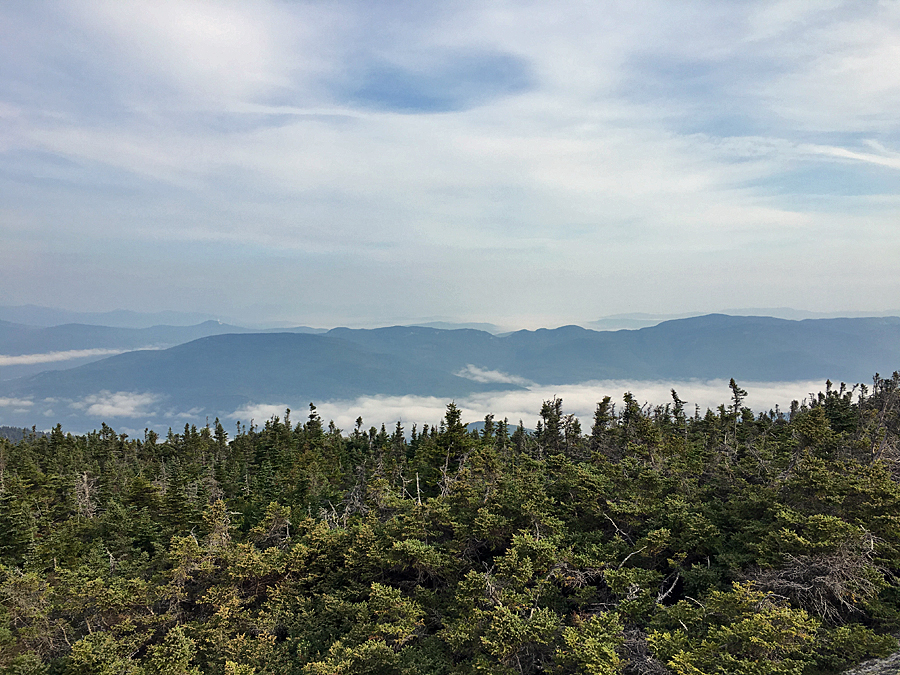 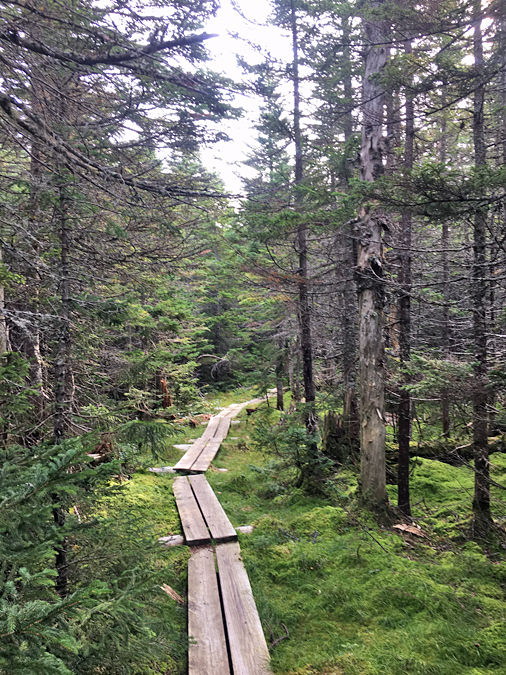 Some very well place bog bridges along the Kenduskeag Trail 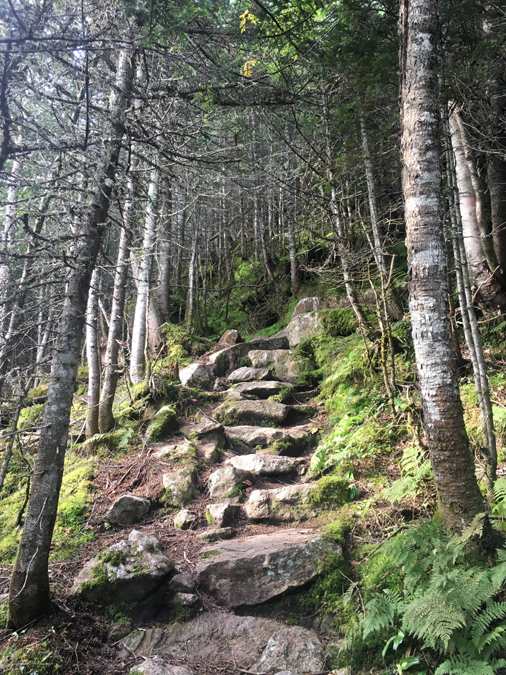 The final steep burst up the Kenduskeag Trail towards Mount Moriah 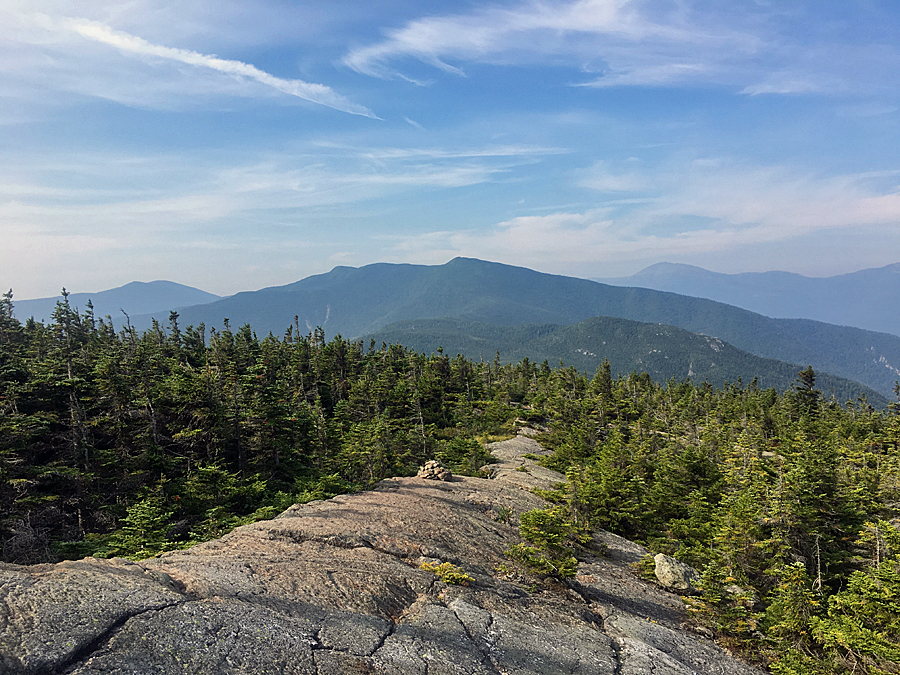 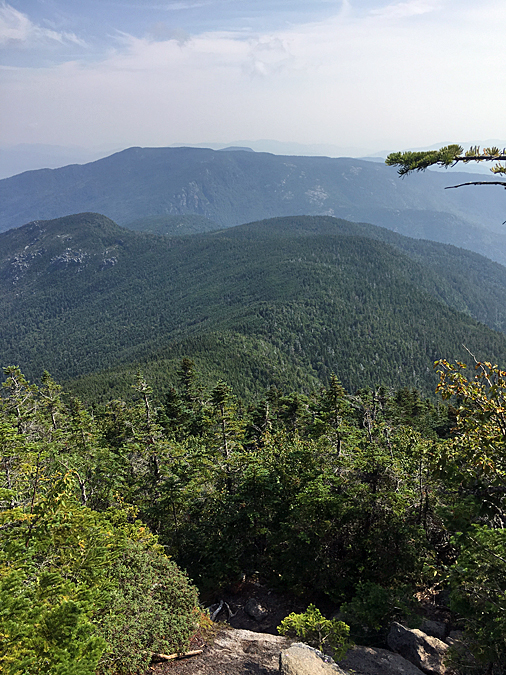 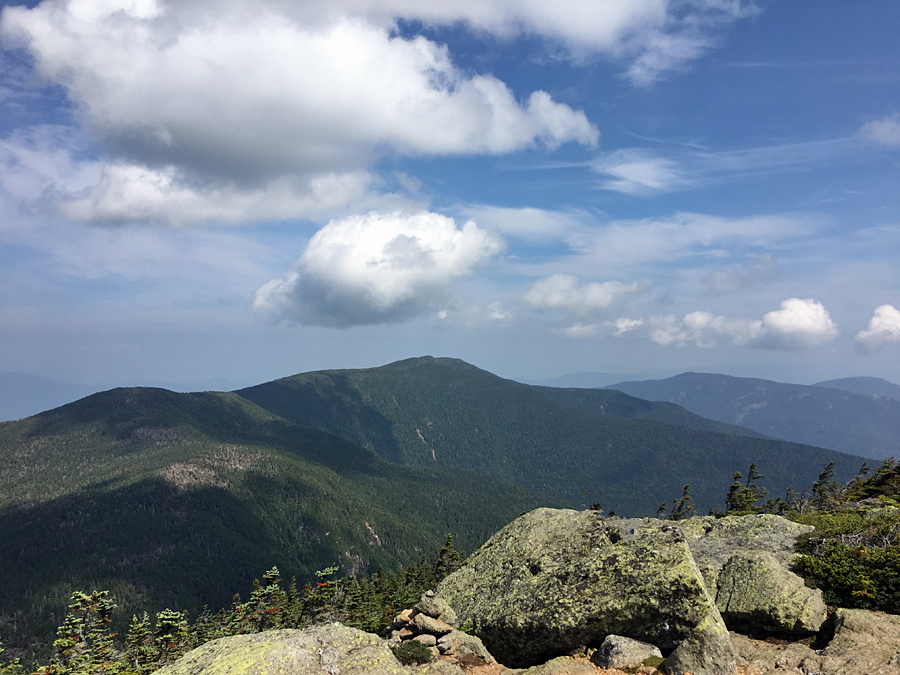 Beautiful view from Mount Hight, looking back at the Carters and Moriah way off in the distnace 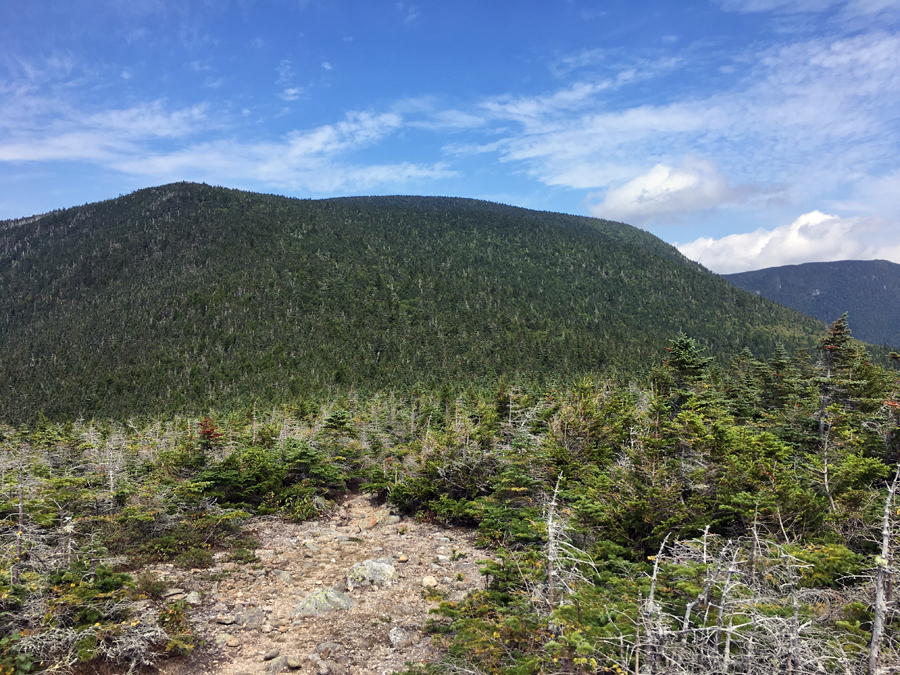 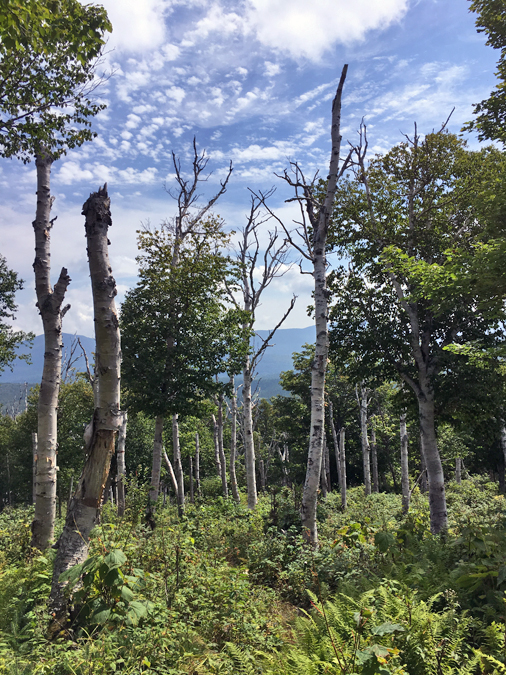 The Birch glades of the Rainbow Trail 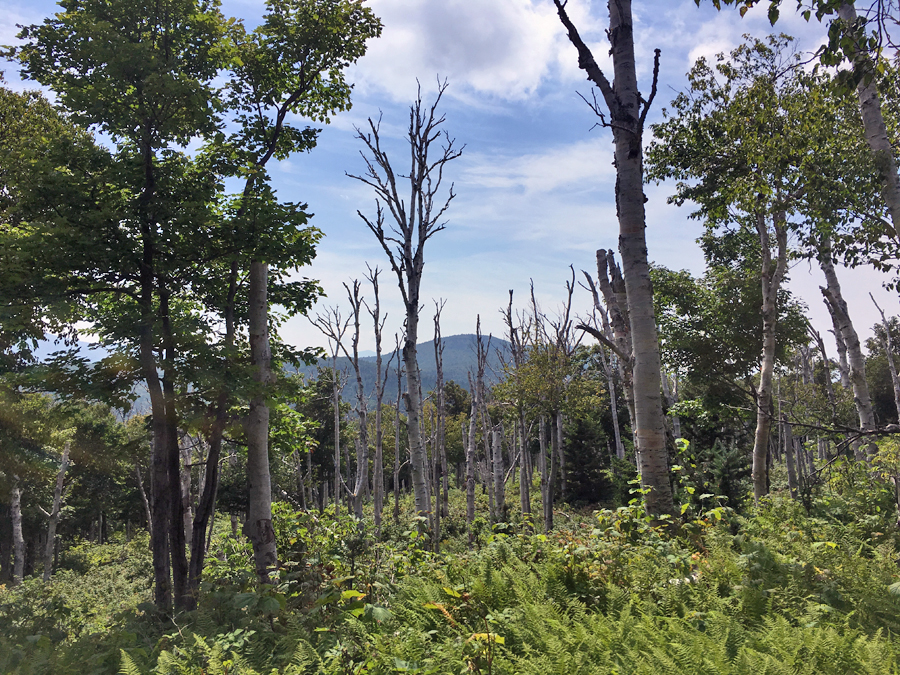 Traveling through the glades, it's even more beautiful in the fall! 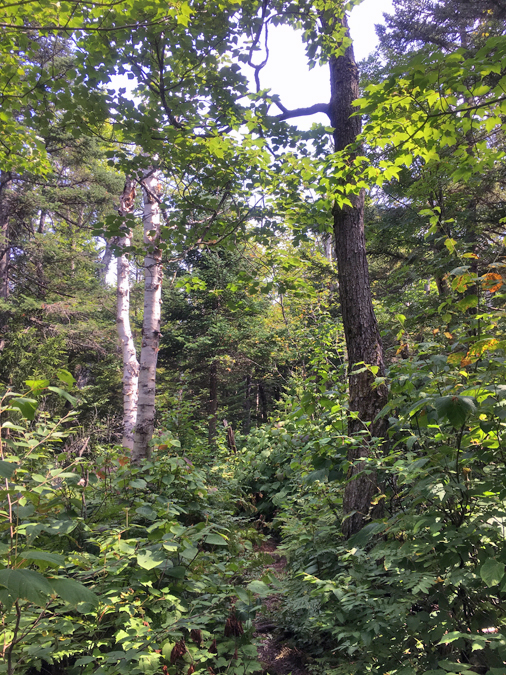 The Wild River Trail is a little overgrown in spots! 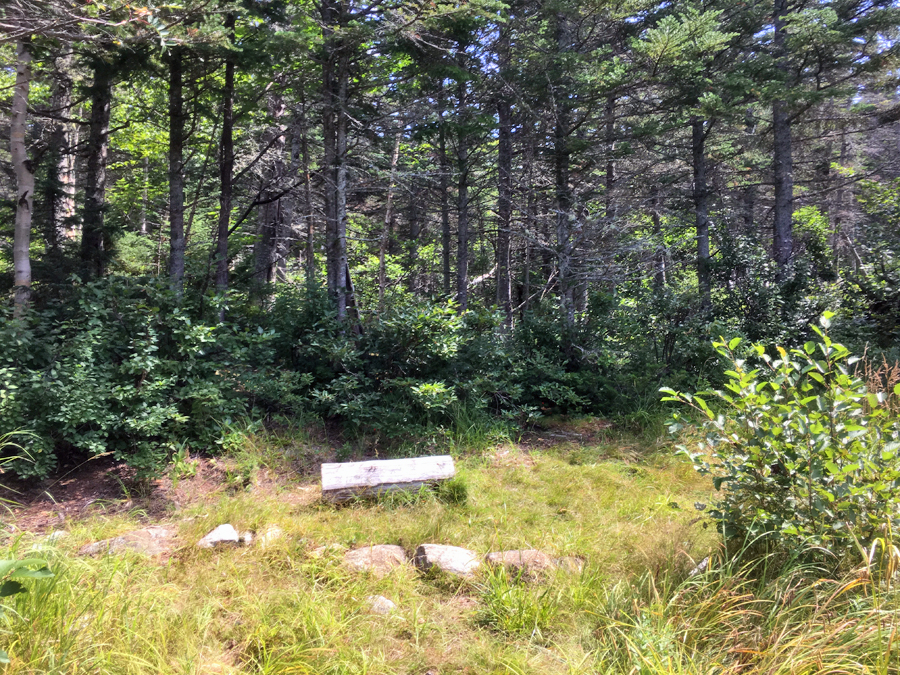 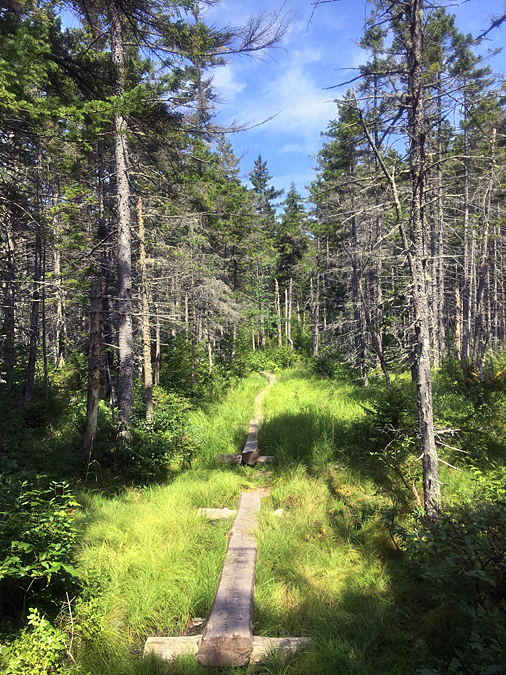 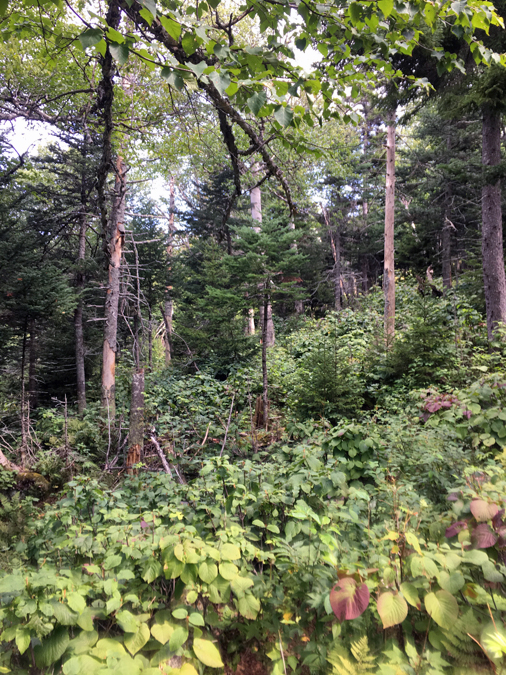 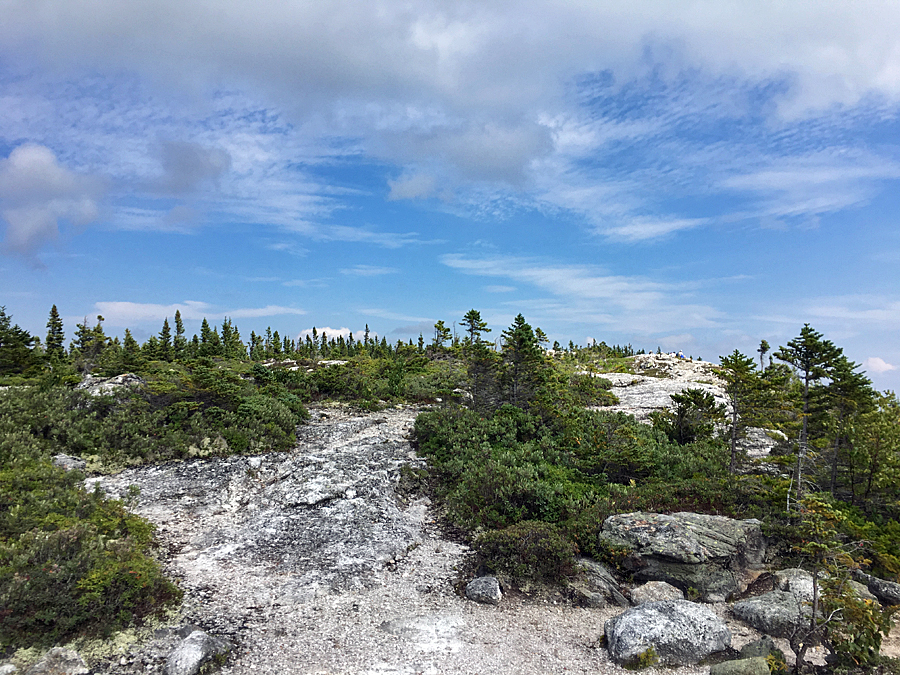 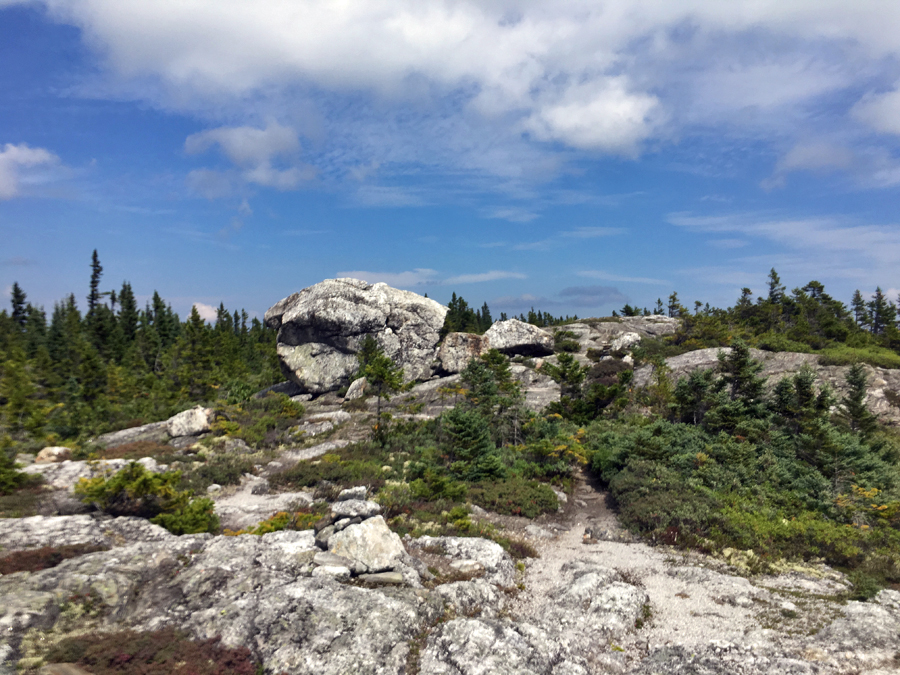 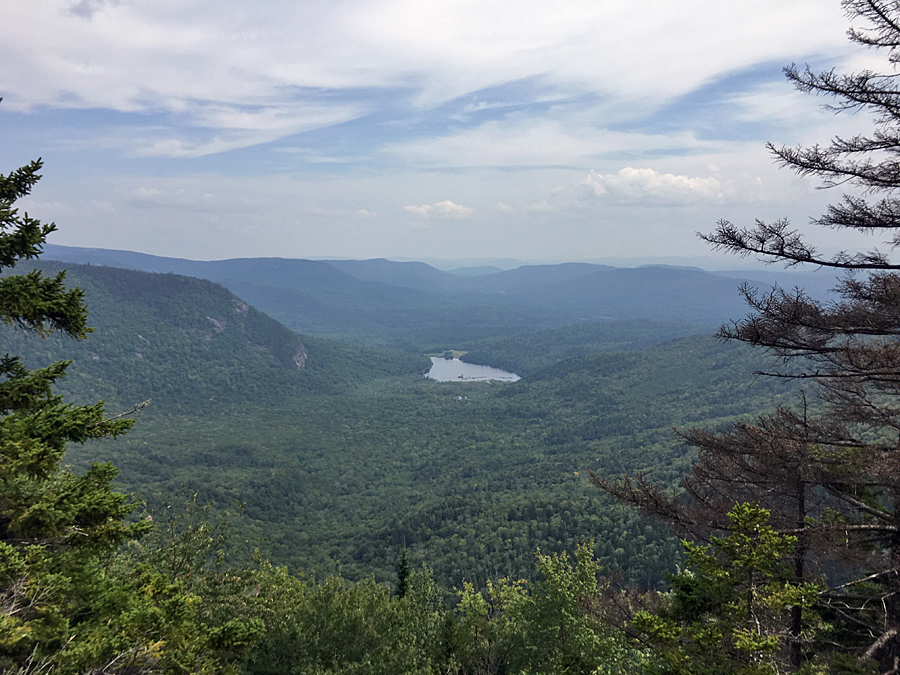 Basin Pond from just south of the Rim Junction 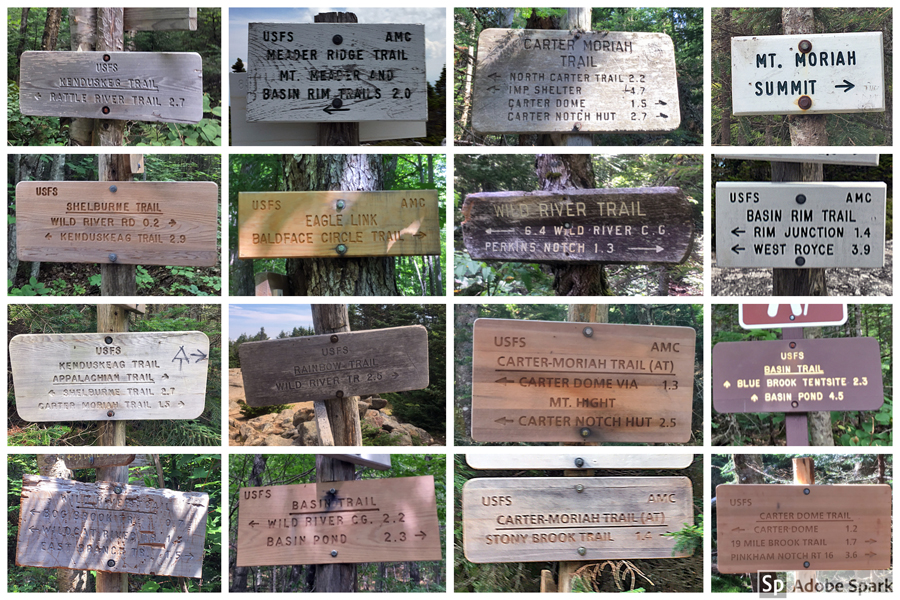 Signs spotted along the way! 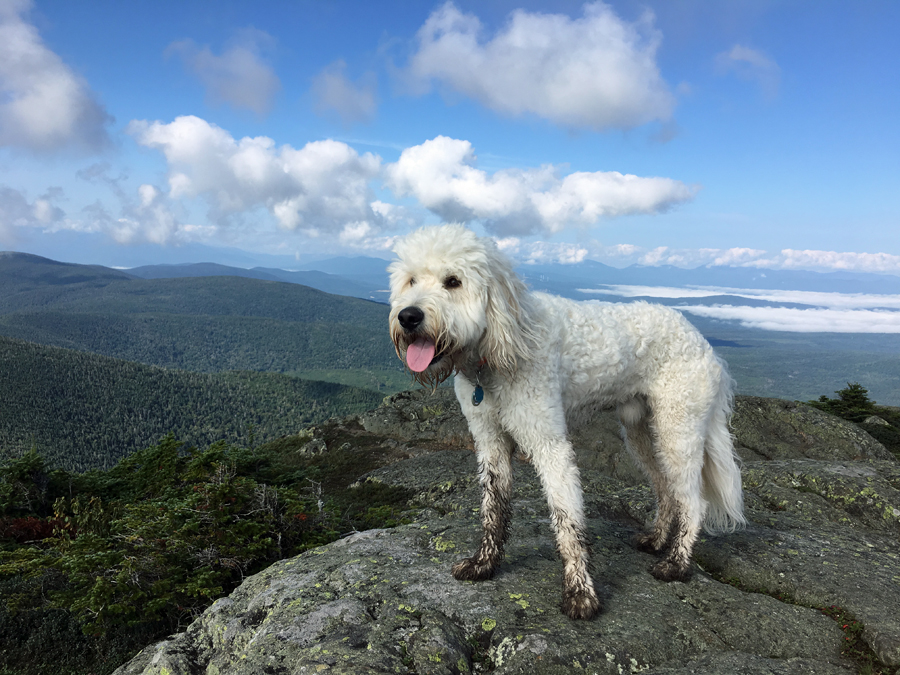 Sarge on Goose Eye during one of our hiking days 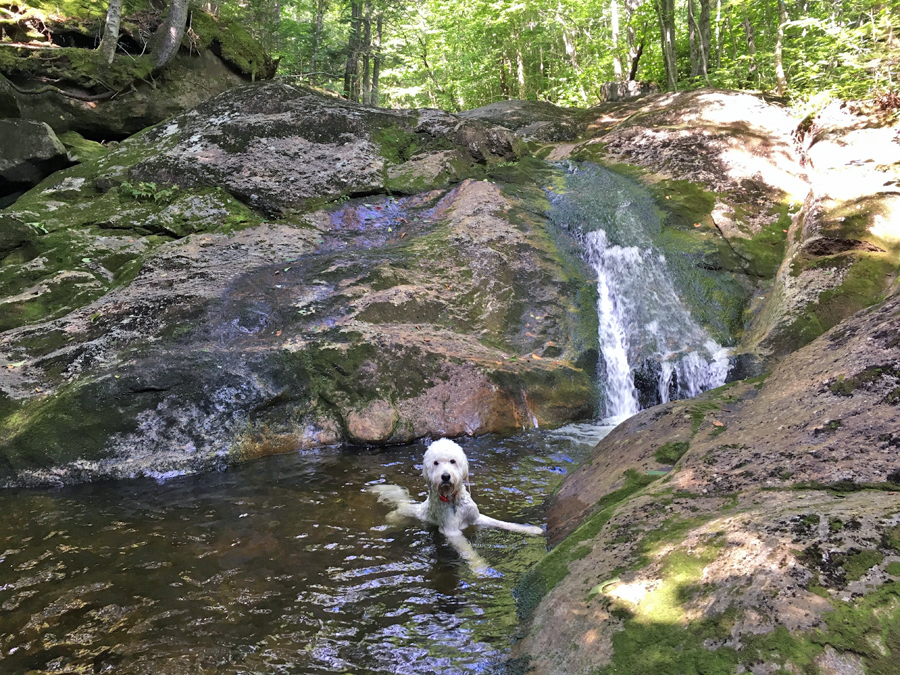