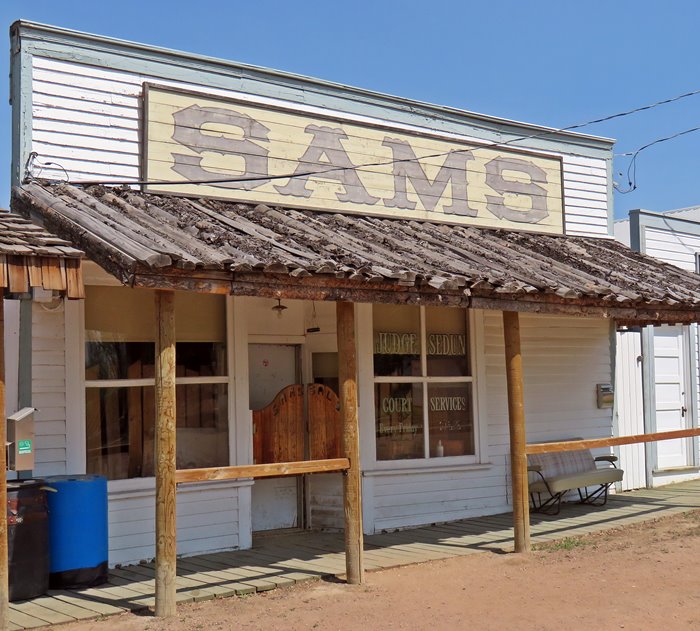 Rowley is a short, ¾ hour drive through predominantly rolling prairie north from Drumheller, Alberta on Hwy 9 which morphs into Hwy 56. About 20 KM north, look for the clearly signed left turn from Hwy 56 into Rowley, on about 5 KM of good, gravel road, into the small, largely abandoned town. Aim for the three large grain elevators and find a convenient parking spot.

Ken, Dianna and I are here mid week and the tiny town in the middle of nowhere is quiet and civilized. Weekends are likely to be busier and there is a communal pizza night on one Saturday each month which is purportedly and enthusiastically well attended in a party atmosphere.

Rowley was a most active community in the 1910 through 1920 period. The Great Depression left no town untouched. Within the 1980's the town's population was well on its way towards a single digit population. The history is interesting.

When the final passenger train passed through Rowley in 1999, income from tourist passengers ended and the picturesque town dwindled from a population of about 500 in the 1920's to the approximately 8 current residents with nearly all buildings vacated and in an advanced state of decay.

After parking in front of the Community Center under the shade of a tree, our, self-managed tour, ramble and investigation begins across from the railway box car at the old and authentic 1920's Rowley train station.

From the train station, our self-guided and spontaneous tour rambles around and past restored train cars including a bright yellow caboose, the very large and restored grain elevators, and several derelict buildings overgrown with vegetation.

There is an opportunity to get up close and personal with abandoned heritage buildings prior to circling around to the main street where historic storefronts lend credence to the services provided in the heritage town.

When the last passenger train pulled through here in 1999 the town's economic fate was determined by cessation of passenger traffic. Population peaked around 500 people in the 1920's and gradually declined to non-sustainable by the mid 1970's.

Local residents decided to fix up the the old town site as a tourist attraction. This initiative attracted a successful Canadian movie production as the background for several movies including 'Bye Bye Blues'.

When the last passenger train passed through in 1999, loss of visitor income sealed the economic fate of the old town.

Heritage stores have been refurbished and maintenance is actively ongoing as features are expanded. Descriptive text is featured to embellish the history of each structure.

Some of the oldest structures are moving past constructive maintenance but there presence creates an eery reflection of better times long past. It is easy to imagine the pioneers toiling to maintain their farms.

Behind an overgrown and crumbling old farmhouse a moose is feeding in the large pond to the south. The place is far more alive than it appears.

The old hospital on the main drag is in need of restoration and work currently underway on the adjacent United Church hints at the potential achievable.

This is a fascinating place. Rowley is not very big but there is a hike here to view and learn from the historical structures and long abandoned buildings being preserved for future generations. The effort seems well organized and the experience is uplifting.

Where we are going is often easier to determine when then opportunity presents itself to study where we have been.

This fascinating and rewarding visit to Rowley, about 40 KM (25 miles) north from Drumheller was enjoyed on the morning of May 29, 2019.