Follow me on Instagram and Facebook
Though it took me a while to get this post up, I figured it was a necessity to make known to the world. Desert spire climbing is like nothing else, and being on top of a kitchen table sized summit isn't something you do every day. 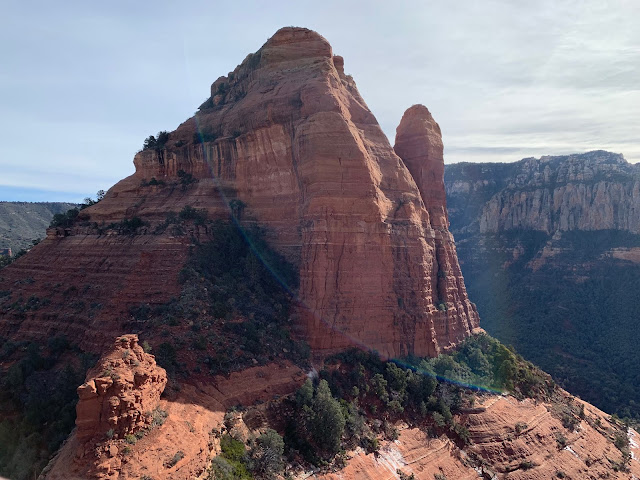 We three bold adventurers, myself, Dan, and Harriet, took off from the parking area on Schnebly Hill Road. Because Harriet's car didn't have a lot of clearance, we opted to walk the extra 3 or so miles round trip along the road. It was well worth the extra effort given the awesome views of the spire along the road. 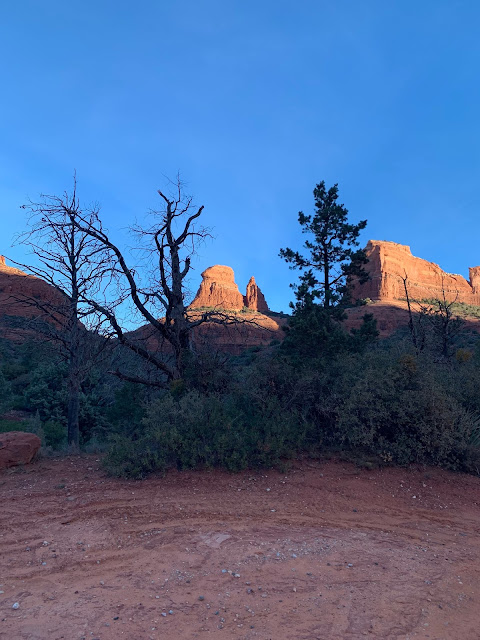 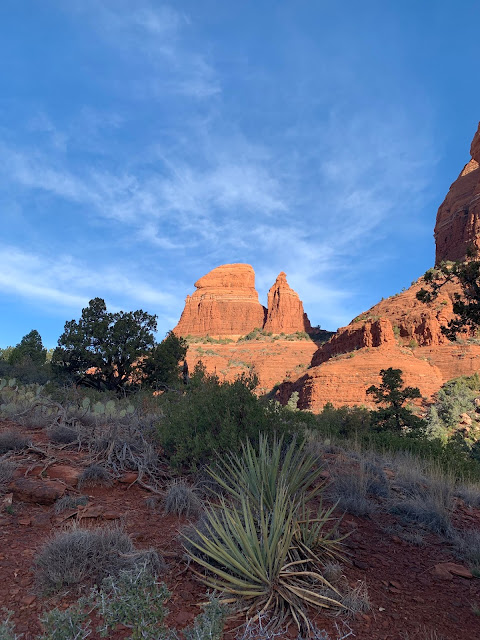 Eventually we found the actual pull-off on the left side of the road and took the Hangover Trail until we saw a drainage that we ascended toward the base of the tower. 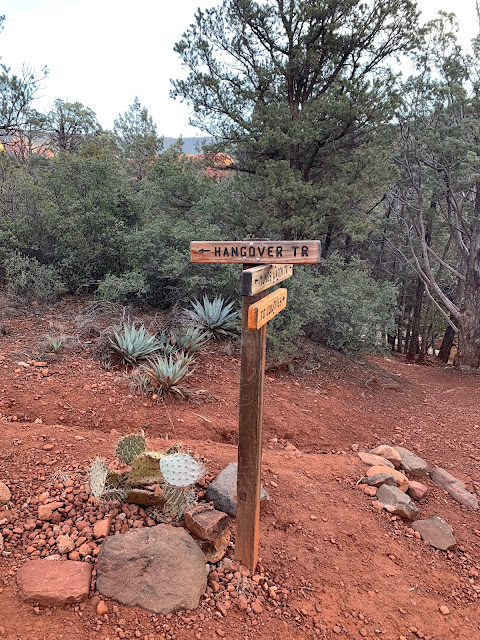 After some sketchy class 4 scrambling on wet rock, we got to the base, and racked up. Dan led the beautiful first pitch up a chimney and then the second pitch up and off-width crack. Though it was cold at the base, it warmed up as soon as we got here with the sun beaming on the rock. 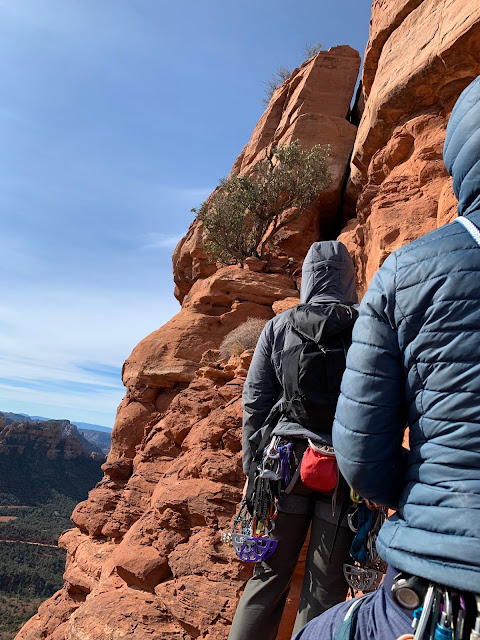 I took the final pitch, which meandered up to the summit with some laybacking and class 4 moves toward the top. We spent a bit of time atop the summit before rappelling down. We tied our two ropes together so that we could do it in one rappel. Unfortunately, the rope got stuck when we tried to pull it when we were all on the bottom. Lucky for us, another party had made their way to the top just after we finished, and pulled our rope for us. 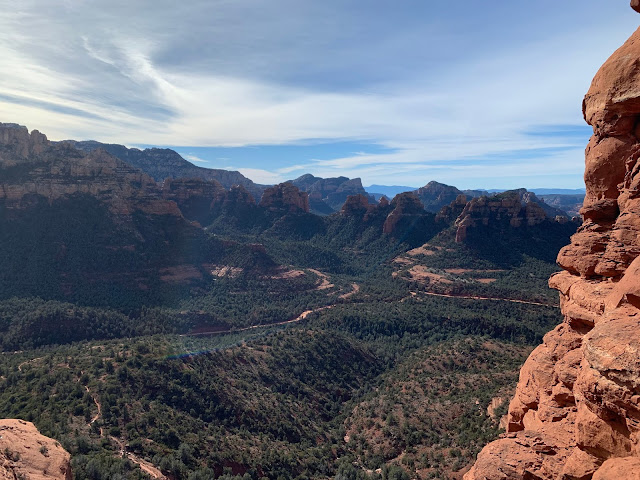 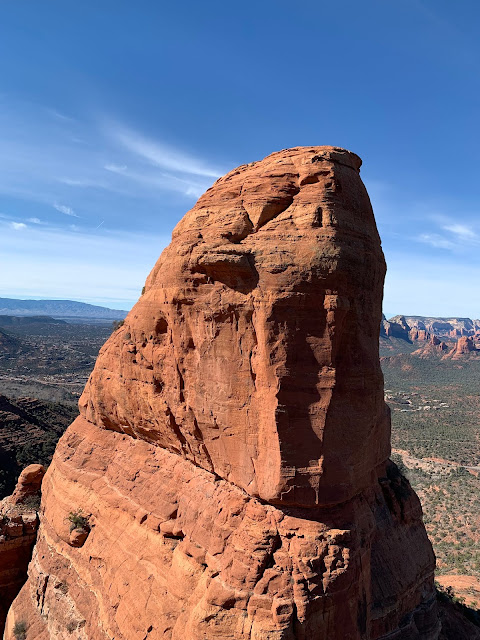 On the way back, we took the trail all the way back to the car. Aside from our silly mishap getting the rope stuck, it was a beautiful day on rock with friends. 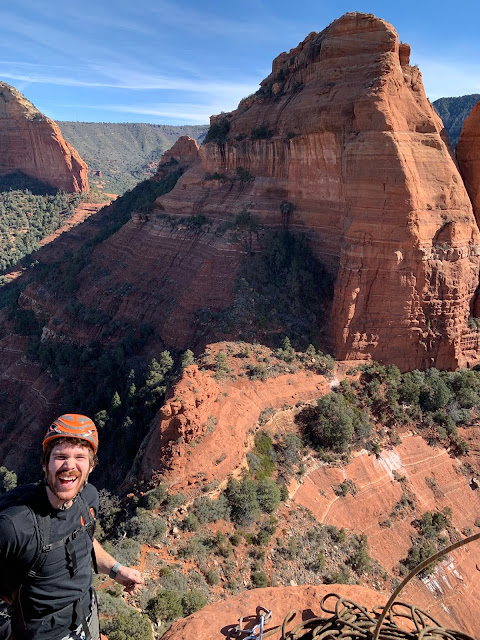 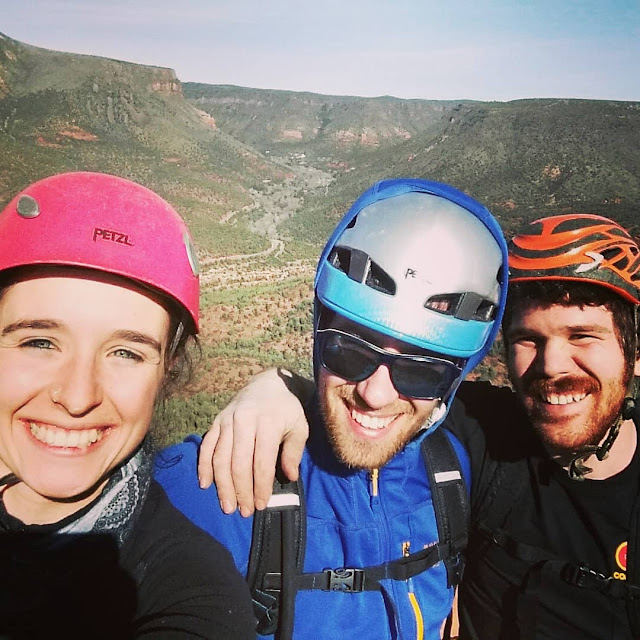