It seems like we don’t need to even bother setting an alarm anymore…the turkeys do a fine job of waking us up. Although they seem to think we need to be up at 4:30am, which is entirely too early. In addition to hearing turkeys, we have been seeing a lot of hunters (mostly driving their trucks, not walking in the woods) and hearing a fair amount of gunfire.

Today started at another spring near camp. This one was pretty cool in that the spring was designed to fill up several hollowed out chunks of trees, although now none are filled, but the spring still had some flow to it.

Our first trail of the day was pretty rough and filled with a lot of downed trees. The area had been affected by a fire in the past, so most of the trees had fallen, although there are a lot of tiny aspen trees starting to grow in the area. At one point it felt like we were walking through an aspen tunnel.

Then we got a respite from the blow downs and got to walk a nice dirt road for a few miles. After that, we headed down a small valley which contained a small creek. It was a really picturesque area and we really enjoyed the walk. For most of the walking, we were on a raised swath of land and only had to deal with a few blowdowns. However, for the final mile or so of the valley, there wasn’t a trail, and we were just looking for the best route. There were a lot of downed trees, but also a ton of very scratchy plants. They left our legs very scratched up and bloody.

When we came out of the valley, we came right to a picnic table, which we enjoyed for a few minutes even though we had just had a long break a short time earlier. Then, it was back to another several miles on a nice dirt road.

When we got to a trailhead, the MRT presented another alternate…either hike in the Black River Canyon, along (and cross multiple times) the Black River, or take an alternate route which bypassed the canyon, mostly staying on dirt roads. We decided to go for the Black River, with the knowledge that there were two possible bailout points along the way if we felt like the river crossings were too sketchy.

We had about three miles from the beginning to the first bailout point. This included four crossings of the river. The trail alongside the river was often good and me made decent time (although we did lose the trail several times and had to scramble over blowdowns and ramparts to find it again), but when it came to the crossings, it was really slow. The water got noticeably deeper with each ford (the water on the final ford was over SweetPea’s hipbelt), and the current was very strong, but what made the crossings so difficult was the fact that the rocks on the bottom of the river were incredibly slippery. And there was mostly really big rocks, so it was very hard to get any kind of secure foothold. It seemed like it would take us at least five minutes just to cross the 15’ or so of the river.

On the third crossing, Mace lost his footing and went down in the river. Luckily he was able to get his footing quickly, so the only damage done, besides Mace being soaked and cold, was a lost water bottle.

On the fourth crossing, the water was so deep and strong, that it was really difficult to get across. It took us some time and luckily we all made it across safely, but we knew that we wouldn’t be able to handle crossings that were any deeper than that. Our data book mentioned that the fords get deeper as you go along, and knowing we were at our limit at the beginning, we made the decision to leave the river on the first bailout.

It was too bad, but we were glad that we had at least tried it. The Black River seems to be something best tried during summer when the water levels would be much lower.

The bailout route took us to the alternate trail…basically walking on a dirt road. We walked for a few miles and then stopped to camp for the night. We were all pretty exhausted from the day. 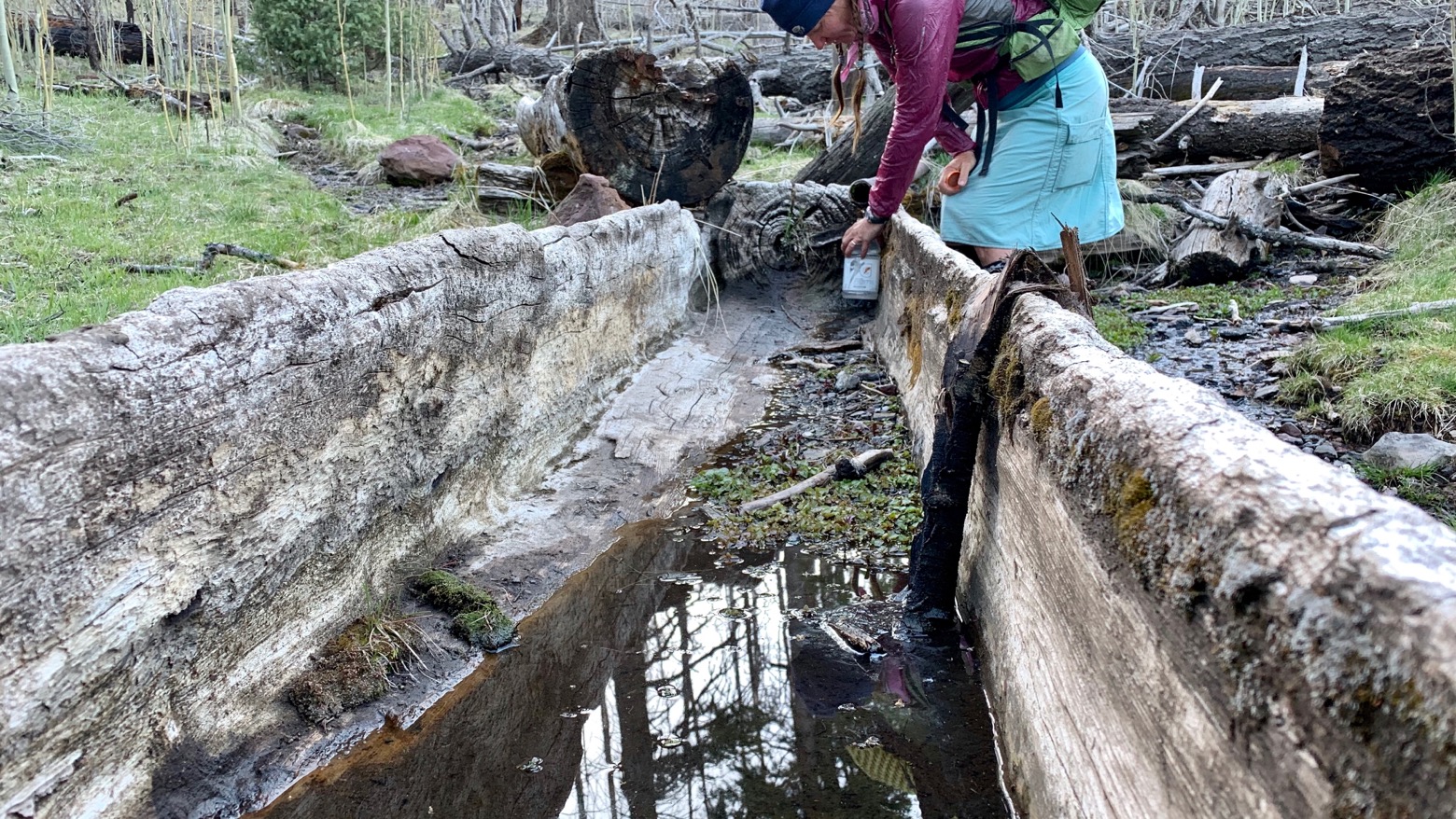 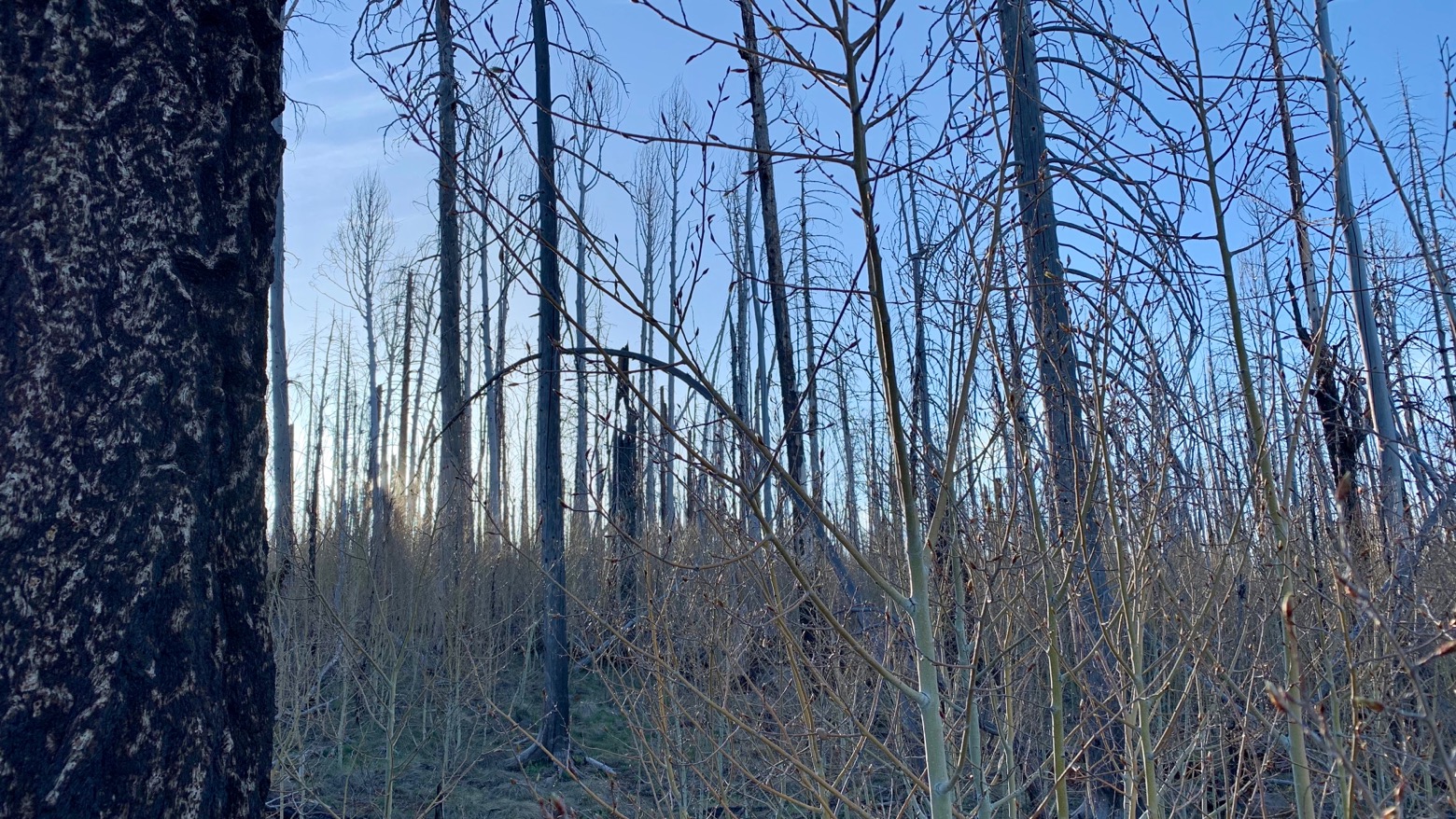 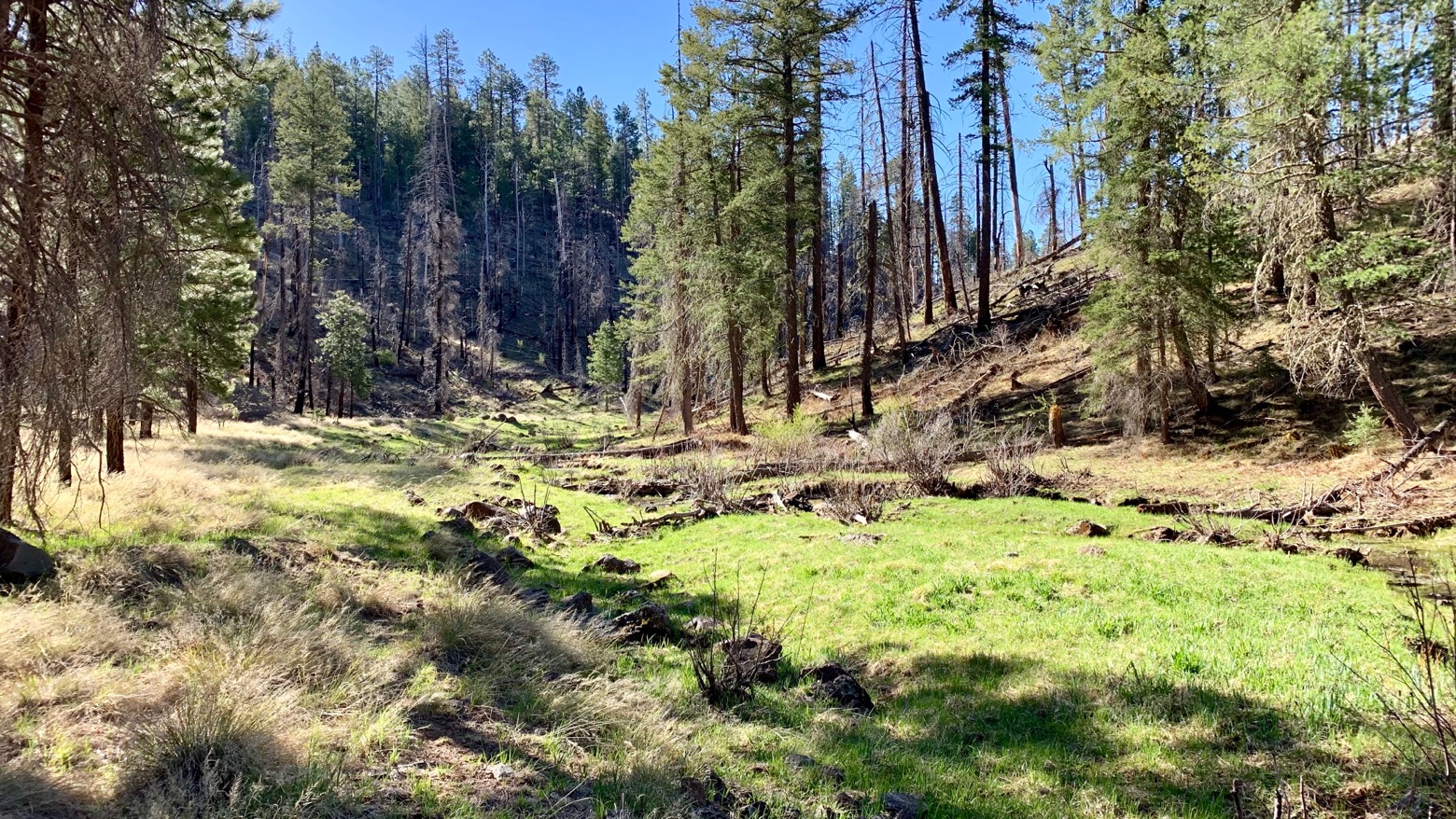 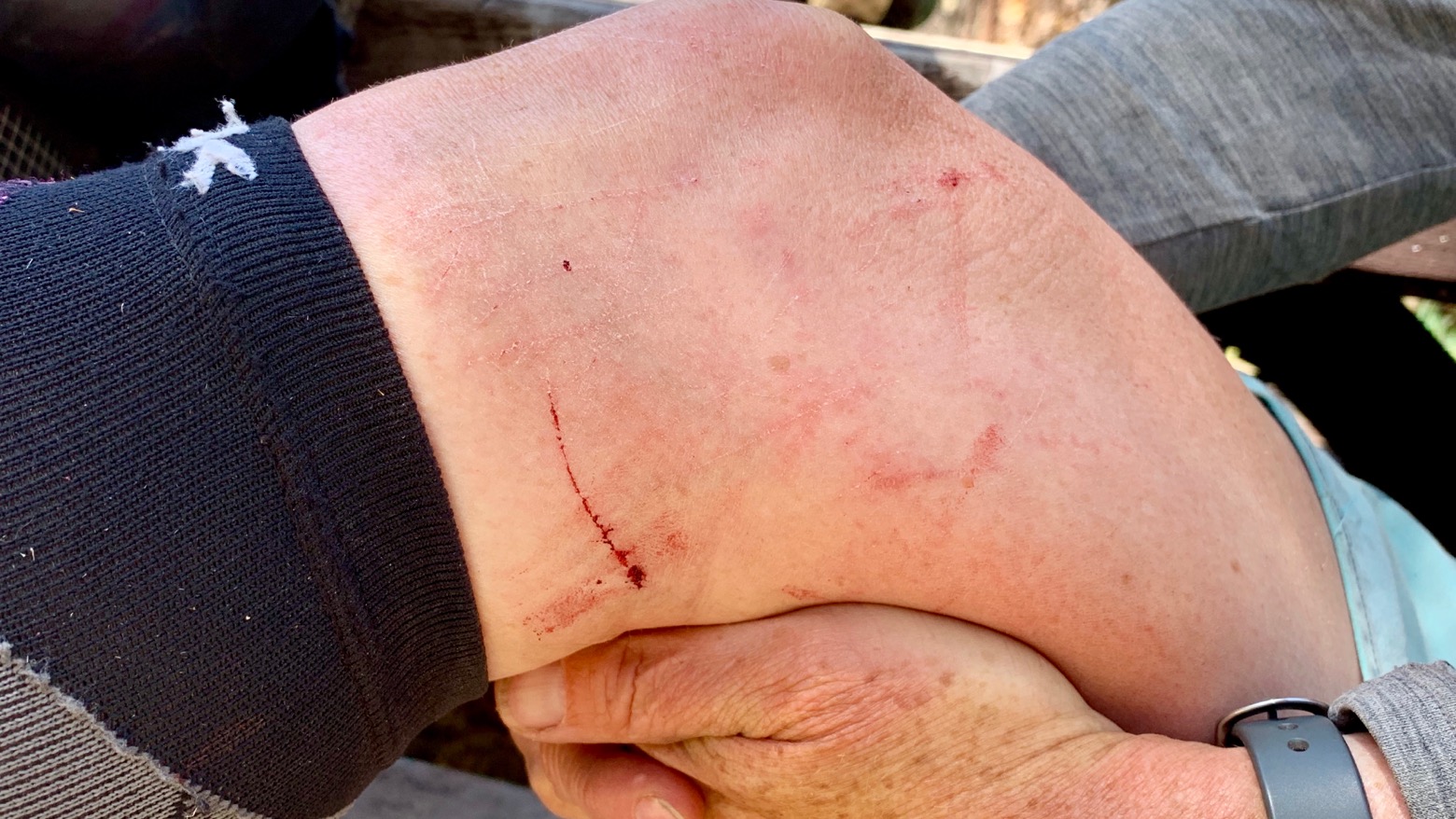 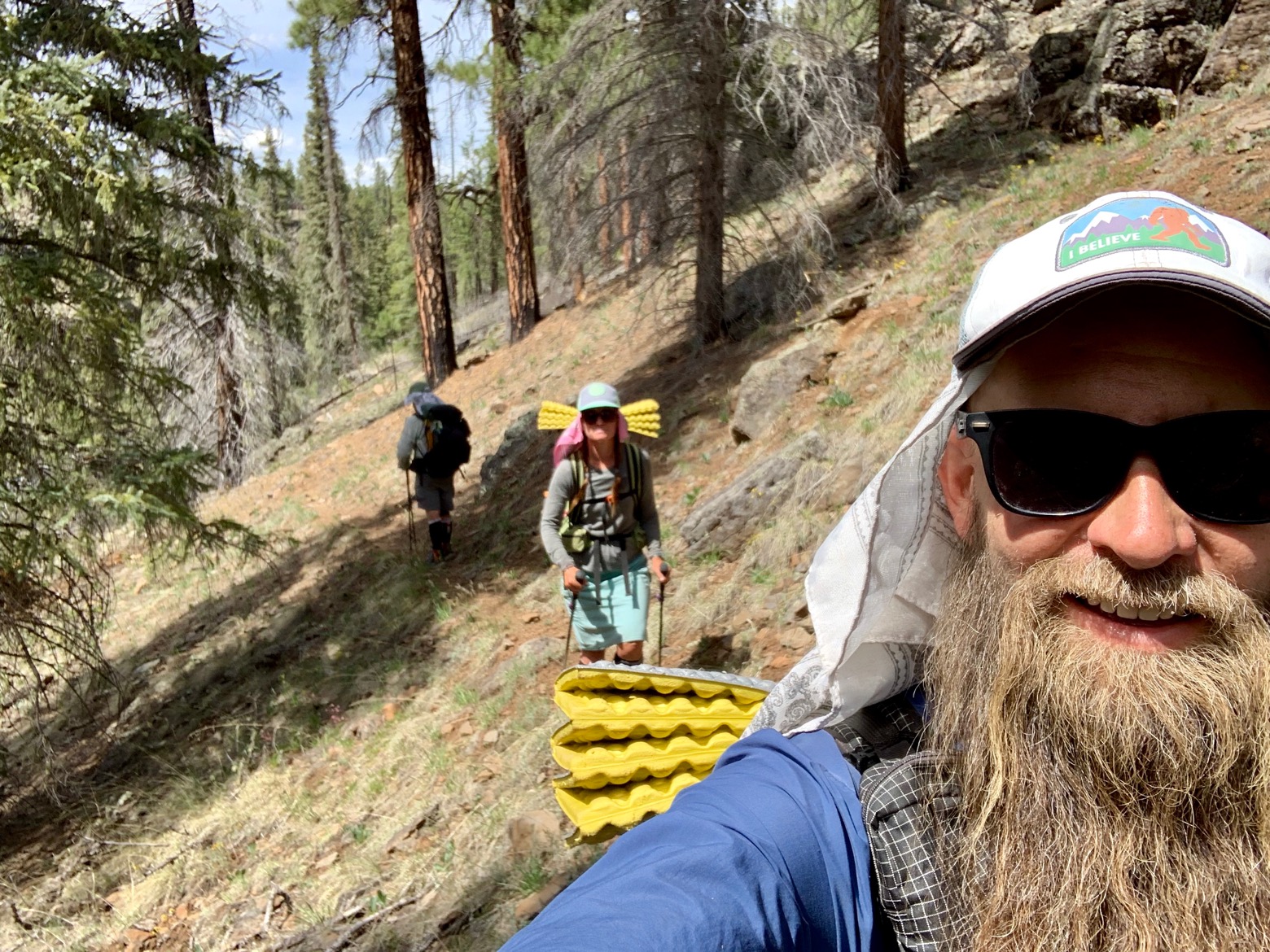 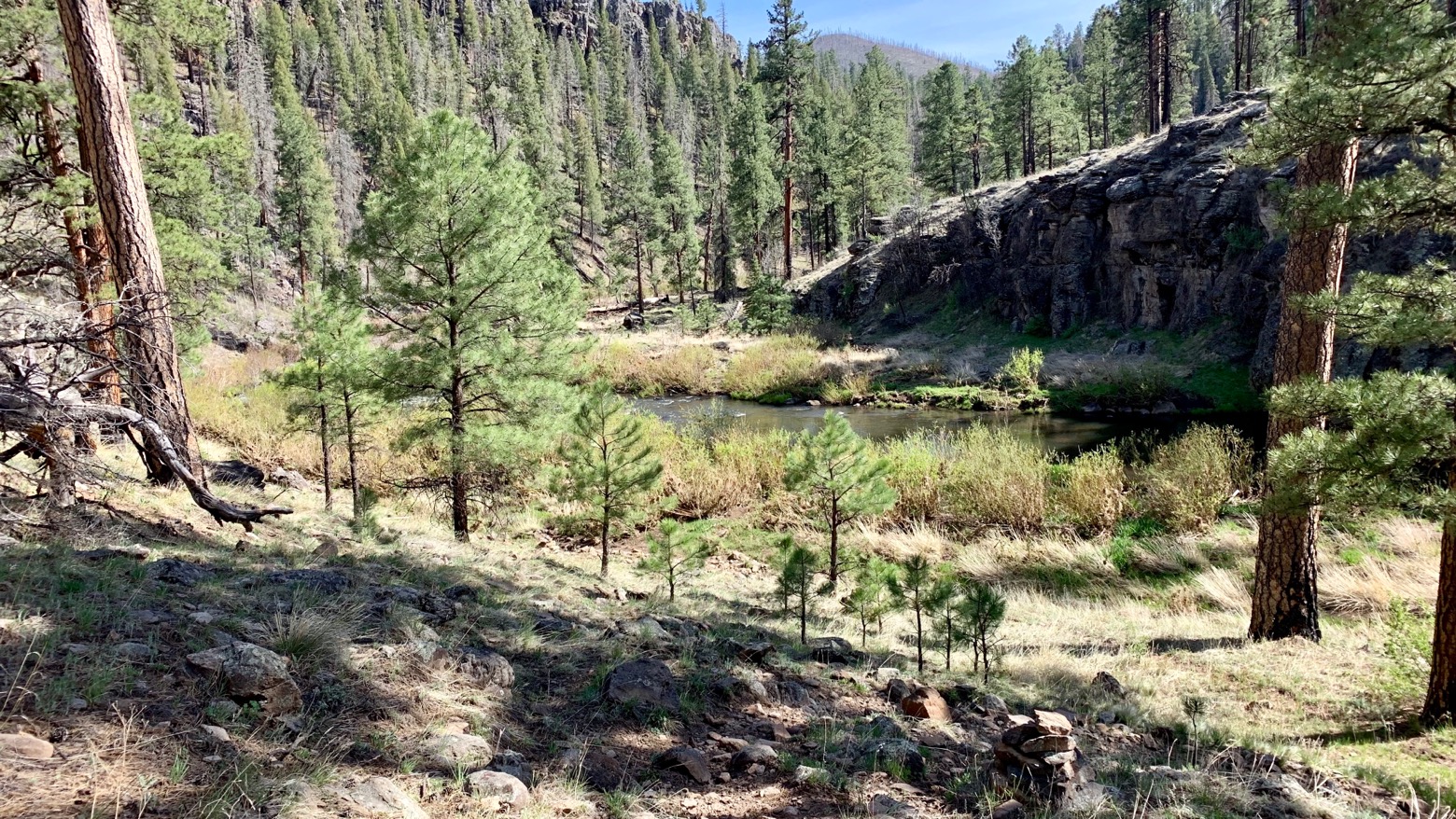