Follow me on Instagram and Facebook
I bought alpine touring skis last year for the sole purpose of going alpine touring, but to date I hadn't done anything I would consider to be a true alpine ski. Moosilauke certainly fits the alpine bill, though it isn't in the same category as say, going backcountry in the Presidential Range. A ski of the Carriage Road is one of the coolest ways to summit this popular 4000 footer, and having already done it on foot 6 times, I more than welcomed the downhill ski. 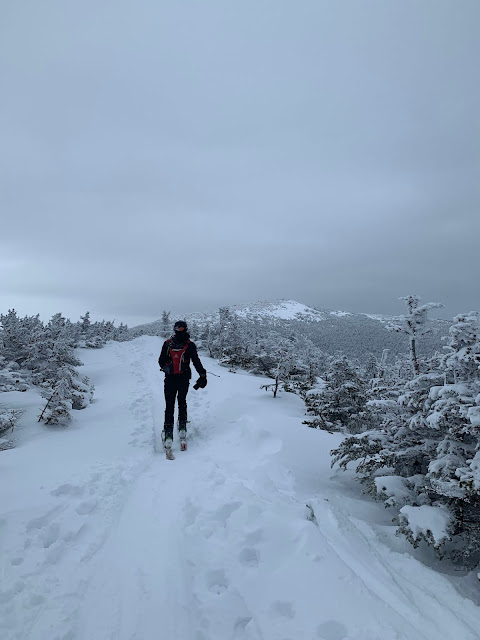 We started at 1 PM, a very late start, but one that proved to be the best scenario given that numerous other skiers were on their way down. We almost got hit multiple times by other skiers, but because we went up so late we wouldn't have to worry about doing the same
The trail was in excellent condition except for the bottom which had some sketchy spots that weren't snow covered. Other than that, it was a beautiful single/double track with fresh powder on either side. This of course, will be washed away by the rain and frozen this week in all likelihood. 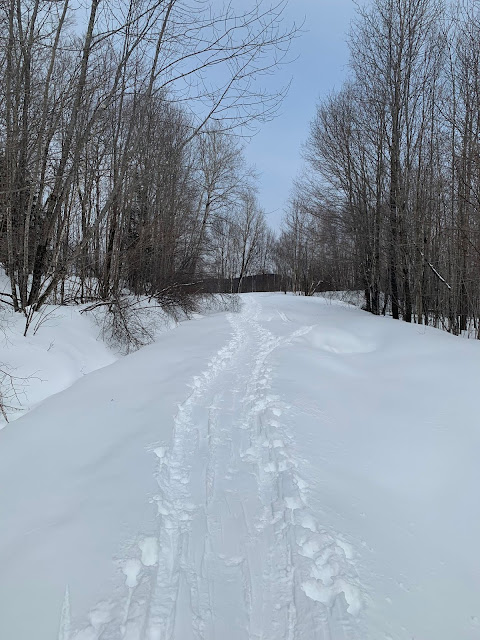 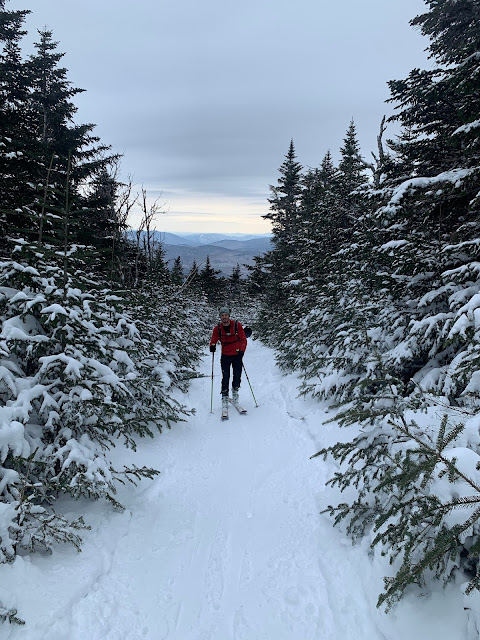 We made excellent timing to the summit in about 2 hrs 45 minutes for the 5.5 miles in skis. The road wasn't plowed all the way to the trailhead, so we had about an extra .70 one way.
We ran into a few skiers near the summit who told us the wind was brutal, so we opted to drop our skis for the last .3 or so to the top. It felt like an arctic tundra up there, but Moosilauke typically is a very windy summit due to its alpine nature.
After getting our skis back, we skinned the first mile or so before taking off the skins and ripping down perfect snow for the next few miles. The trail was narrow, but never too narrow, and the conditions were perfect. 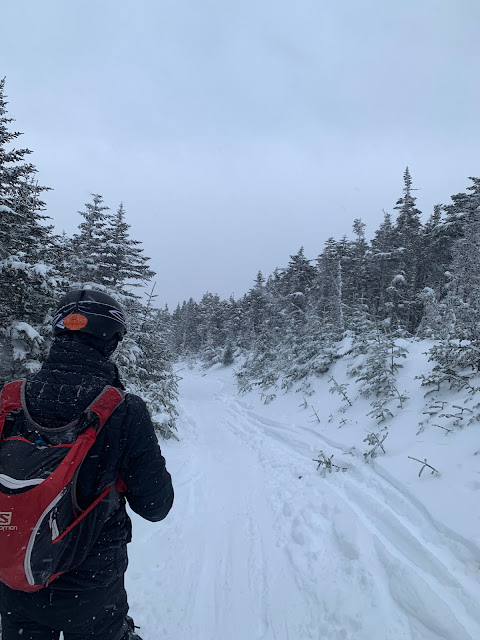 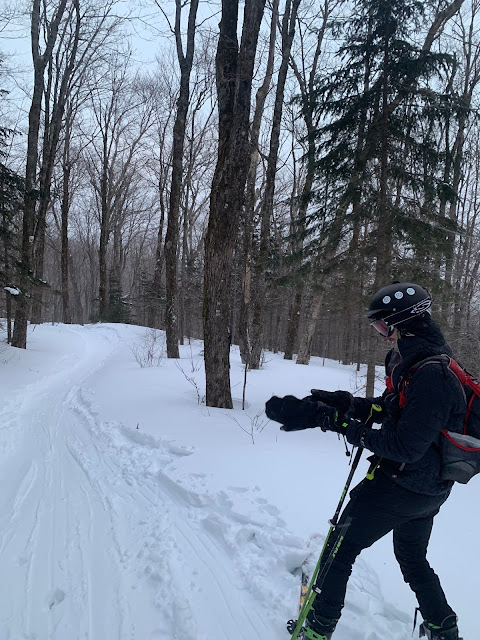 At some point when the trail began to head uphill again, we decided to put our skins back on, which was more of a pain than anything. If we do it again I would probably leave the skins off the entire way. Once we reached the summer parking lot, we skied down the last .7 with darkness approaching and headlamps on, and then headed out for some awful Chinese food in Woodstock. At least the skiing was good!

On Mental Health, Depression, and the Fragility of Life