Follow me on Instagram and Facebook
Mount Jackson. Is it a Presidential peak or is it not? It’s the age old question that I’ll answer for your in brevity. Named after Charles Thomas Jackson, a New Hampshire geologist, it is NOT a presidential peak. It may be in the range itself, but for all intents and purposes, this is not Andrew Jackson Mountain. For that reason, I’ve never done it as part of a Presi traverse, so I always end up doing it on its own or with Webster. 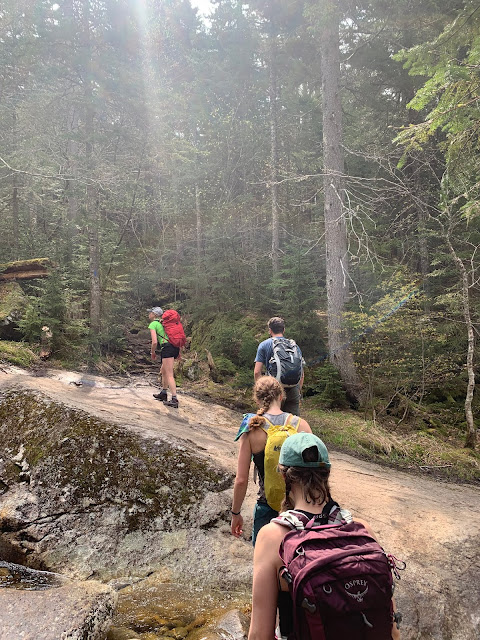 After a long hike in the Southern Whites the prior day, we opted to do Jackson due to its brevity and because Elise needed it for her 4000 footers. Our friend Cate joined the crew from the day before. She hasn’t hiked in over a year due to numerous injuries, but she killed it. 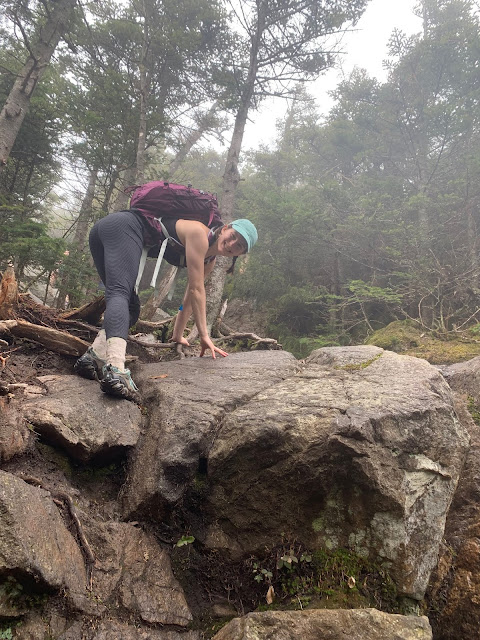 We began sometime after 9 AM and essentially plowed to the summit without stopping for much more than a few minutes. There were no views to be had anywhere, so we felt like getting a good workout in its stead. Moreover, we wanted to beat the afternoon rain. On the way up to the top, there were a few patches of snow, but the monorail was still stable. I imagine it will be completely snow free in a few weeks, but in the meantime, it can be done without traction (with maybe one slippery but avoidable spot).
At the summit, we enjoyed Chicken Fingers on Charles from the event that Cate worked at the night before. I’m sure this will be the first and last time I do these silly alliteration foods, but we had fun with it. Especially with absolutely no views, we had to make light of the situation. 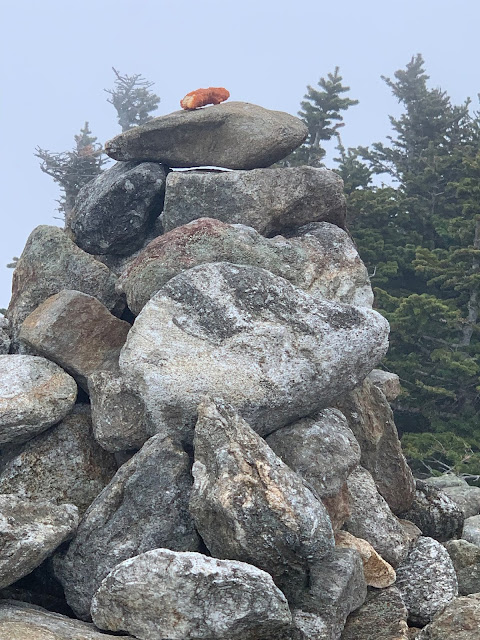 To get down, we retraced our steps rather than move on over to Webster. 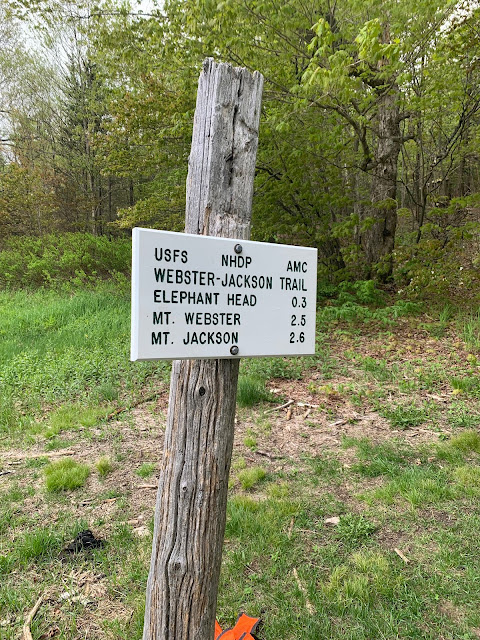