Another small, lunchtime hike I did last fall was Mine Hill in Auburn, NH. Mine Hill is one of three hills that take credit for being the highpoint of this town at 580ft. The other two locations are Mount Miner and Mount Misery. Along with being known as the town highpoint, it is also the site a NH historical fire tower which no longer resides there. The information for this tower can be found here. So, hitting this summit allows you to check off boxes for both the NH highpoint list and the NH historical fire tower site list. 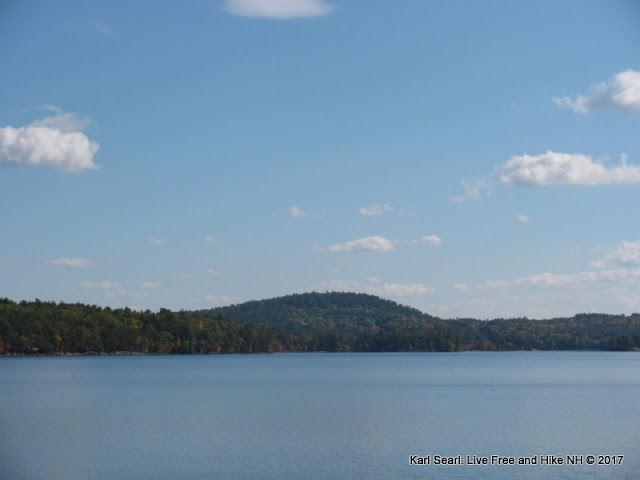 Mine Hill as seen across Massabesic Lake from its northernshores on NH Route 121 near the 28B rotary
Another interesting tidbit about this hill is that it’s also known as “Devil’s Den”, or at least an old well or cave on the side of the hill helped term the nickname. Apparently, many years ago a body was found in the well or cave and apparently now the location is considered haunted. From the research I’ve done, there’s not much left to this specific feature as it was filled in a number of years ago. This story didn’t interest me too much so I did not go in search of this site. There are a number of YouTube videos online which would help one navigate to the site if you so choose.
The trailhead starts at Fire Road 42 on the east side of NH Route 121 almost across from where Shore Drive enters on the west side of NH Route 121. For those of you not familiar with Auburn, the town has the most extensive maze of fire roads I have ever seen! I parked my truck on the west side of the road, directly across from the gate at FR42. 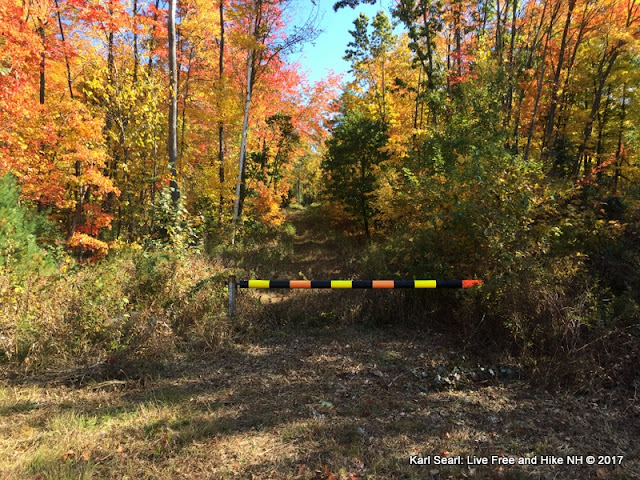 Gate at FR42
I started my lunchtime journey by walking around the gate and headed in about 0.25 miles to a small clearing with a fork. I took the right leg as that headed uphill. I wasn’t super clear on directions so I was really winging it.
At the next fork, I continued right again and soon came to a stonewall, which seemed to be a party location with some creepy chairs suspended on some trees. The trail seemed to have disappeared at this point. I figured this was not right, so I backtracked to the last fork and took the left. The trail started to climb more steeply so I figured I was going in the right direction.
Soon the trail forked again. Posted property signs lined the path going straight. Going right brought you up a steep hill and had an old, unmaintained set of log stairs. I headed up the steep incline and soon came to the top of the hill. I want to note that there is a house at the top next to the summit, very close to the fire tower location. The fire tower location is not posted, but hikers should act respectful due to the proximity of the house. 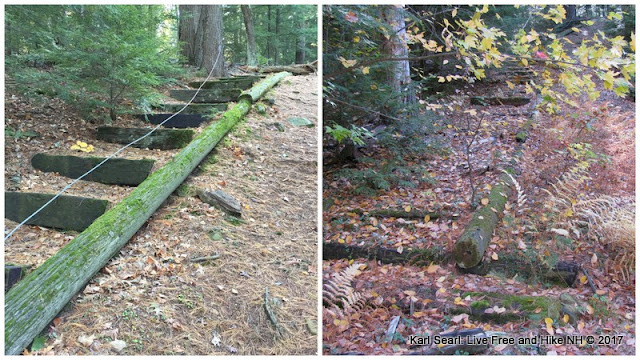 Old log stairs leading up to the summit.
As many former fire locations have, the four original cement foundation blocks are still up there with some old tower junk (cables, brackets, etc.). There are no real views from the top as the trees have all grown pretty high. 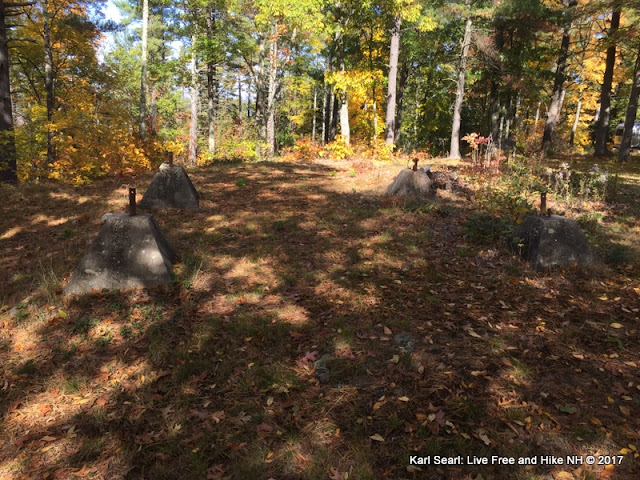 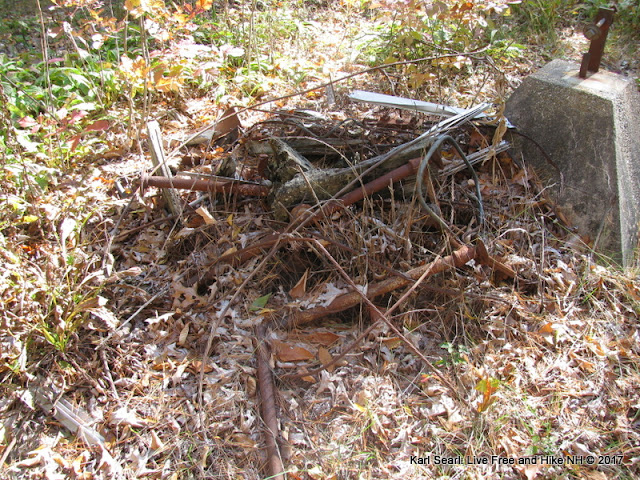 Junk left over from the fire tower. 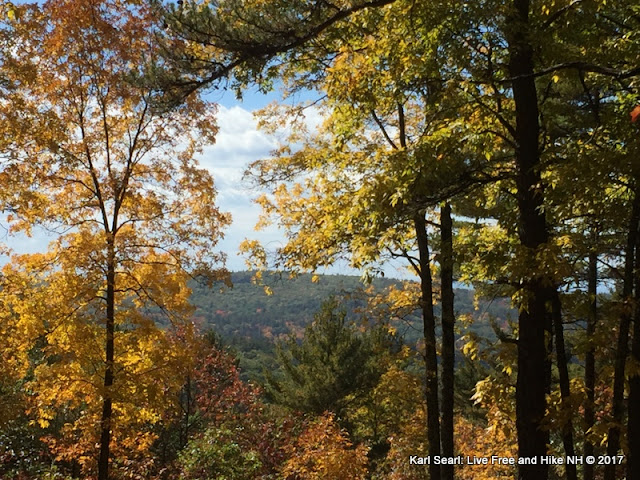 Restricted view from the summit.
I didn't hang out for long as the house that’s up there is so close that it almost makes you uncomfortable because it feels like you’re in their backyard. After some quick pictures, I headed back down the way I came and found my truck. Unfortunately, this hike isn’t well documented online and finding the summit is a bit tricky from FR42. There are quite a few forks. Just remember to take a right at fork 1, left at fork 2 and right again at fork 3. That should get you to the top. 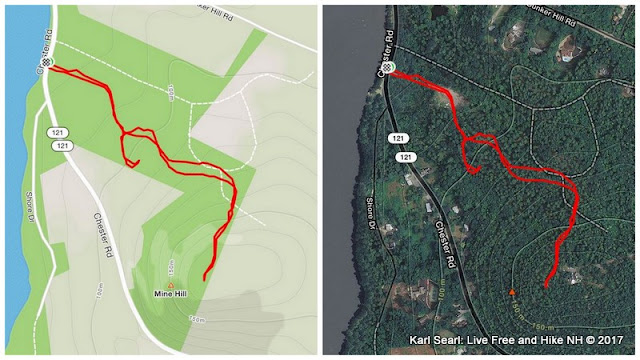 GPS Track, you can see where I made a wrong turn (right instead of left) at the second fork.
This was a great hike to fit in for a lunchtime break. However, if I were to do it again, I would have recruited a hiking buddy. I'm not sure why but these woods were spooky and I never really felt at ease while making my way to the top. Then, once at the top, that uneasy feeling continued being in someone's backyard. Regardless, I was able to check off a historical former fire tower location as well as a NH town highpoint (or at least 1/3 of a highpoint since there are 3 in Auburn).