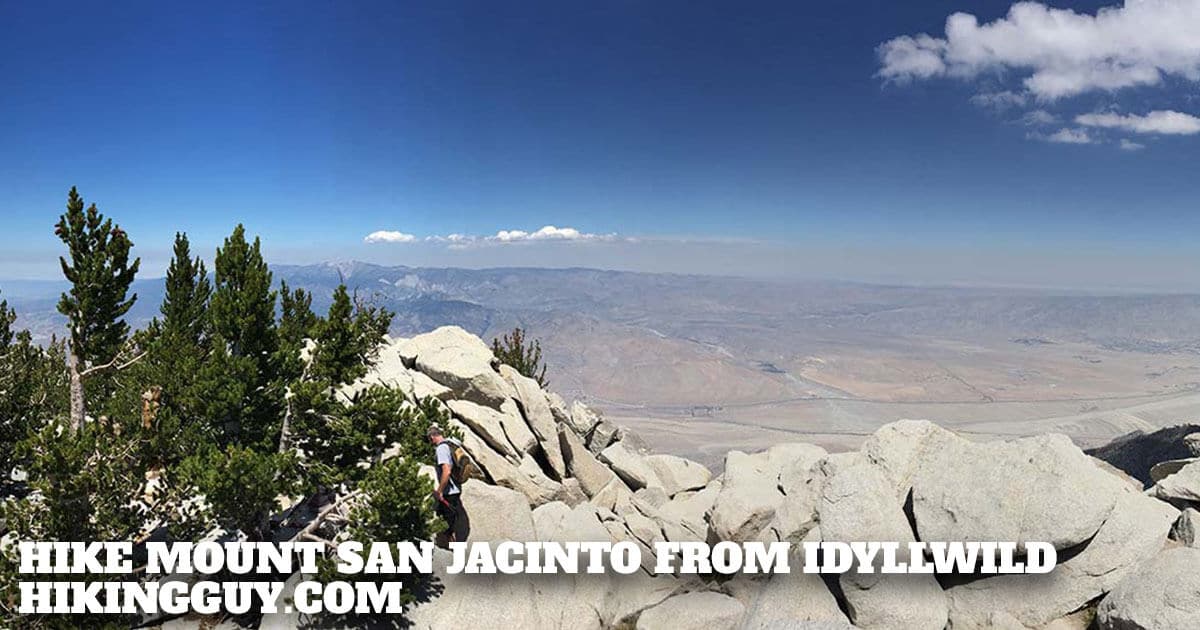 There are a several routes to hike Mount San Jacinto. This route from Idyllwild is my favorite. The climb is not as steep as the other routes, you don’t need a special permit, and the views on the whole hike are spectacular. John Muir called the views from Mount San Jacinto the most sublime spectacle to be found anywhere on this earth. On a clear day, you can see from Catalina Island to Southern Utah. That’s because Mount San Jacinto, at 10,834 feet, is one of the most topographically prominent peaks in the USA, rising 10,000 feet above the San Gorgonio Pass below. This hike to San Jacinto includes a stretch on the famous Pacific Crest Trail (PCT) where you can channel your inner Reese Witherspoon. The hike is long, and you need a good level of fitness to do it.