I had a few days off last week, so we decided to go on a family hike. A mountain that Jill and I have frequented often is one that the kids had yet to tackle. It’s close by to us, when compared to the Whites, but still has the prominence and nuances of a great peak in the north country. The mountain I’m speaking of is Mount Major in Alton, NH.
The kids are 7 and 4 years old now, so we’ve finally graduated to the point where they can make it up to a summit (of reasonable distance and difficulty) and back to the car on their own fuel. This is a great feeling as a parent because you know they’re putting in the labor to get to that summit and that really contributes to the rewarding part in my eyes.
We ascended the Mount Major Trail (1.5 miles, blazed in blue) to the summit over the open ledges, and descended the Boulder Loop Trail (1.6 miles, blazed in orange) on the southern side of the mountain. The ledges were difficult for them having such little legs, but they had fun. We spotted a ton of mushrooms along the way, but we unfortunately missed the blueberry season. The kids had a great time exploring the stone building at the top known as Mr. Phippen’s Hut! 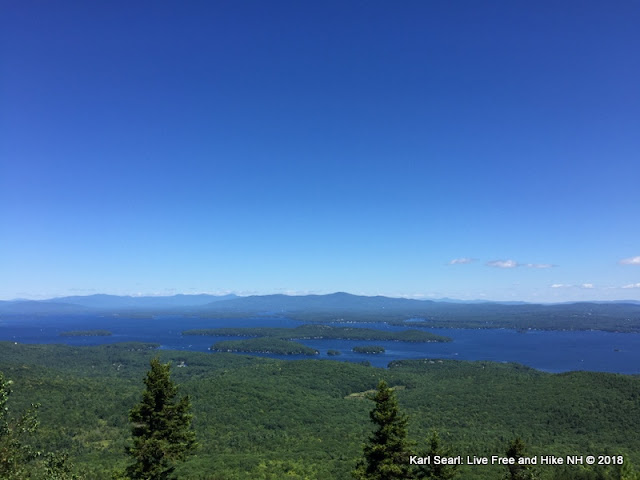 Mountains off to the east from the summit, looking over Lake Winnipesaukee 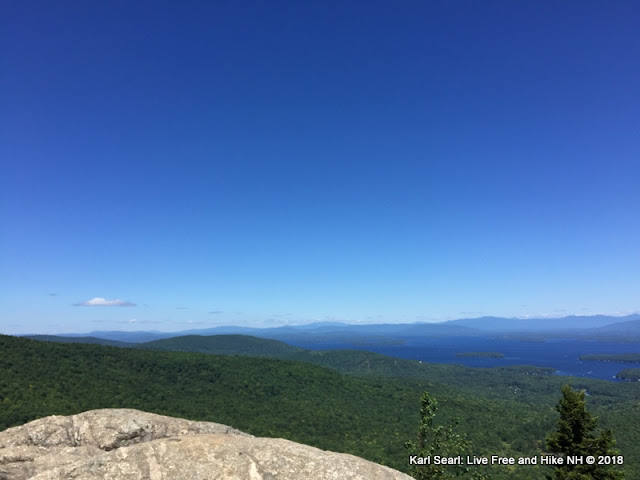 View to the north from the summit 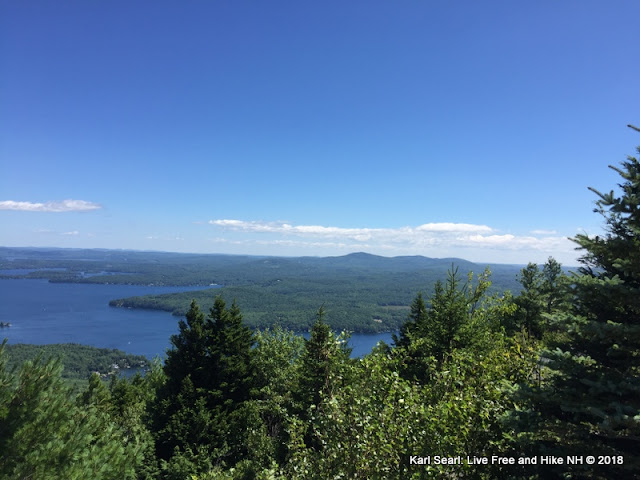 View to the southeast from the summit
It was really a great day. Blue bird skies paired with a panoramic view of Lake Winnipesaukee always take your breath away. After the hike, everyone was hungry, so we grabbed drinks and a late lunch at the Ellacoya Barn & Grille which was great! I would highly recommend this location for any post Belknap hikes in your future! 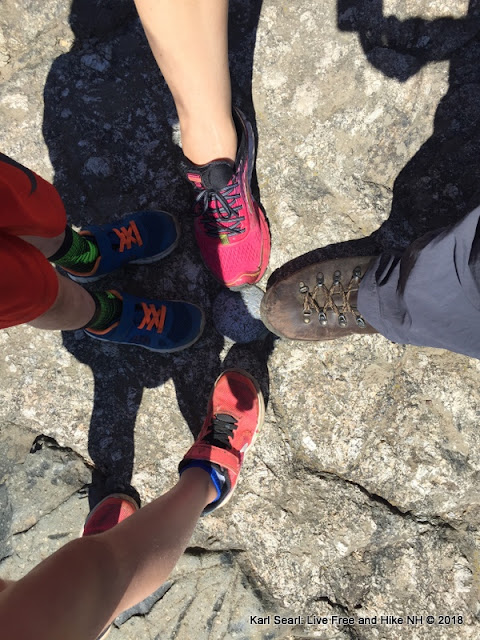 Summit foot shot on the benchmark
Whether you’re a beginner or experienced, no matter what your age is, Mount Major is a staple. It has a little bit of everything to enjoy. The terrain is not too easy, but also not too hard. It has a bald summit and 360-degree views including a wide view of Lake Winnipesaukee. It has open ledges to scramble for fun. It has a USGS benchmark and a cool, creepy stone structure at the summit. For a small mountain and a 3 mile round trip route, it packs a huge punch. 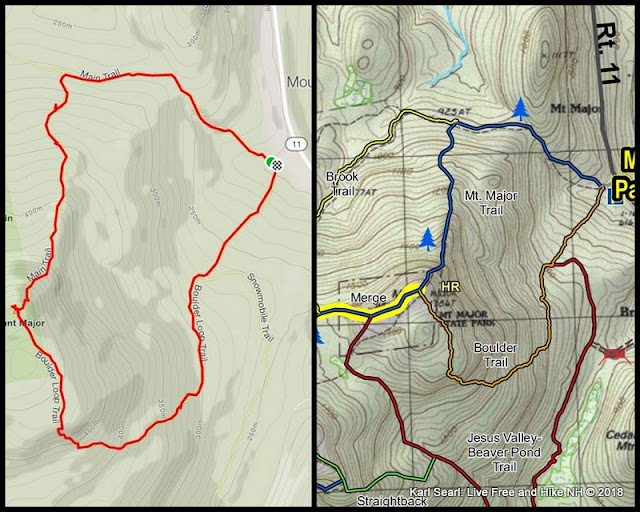 GPS vs. Map on the Belknap Range Trails Organization website
A notable item that I wanted to mention is there’s a cool bog near the summit on the Boulder Loop Trail, on the west side. There was no sign for it and as far as I can tell, it has no name. It would be cool to see if any older maps of the mountain point to this bog in any way. 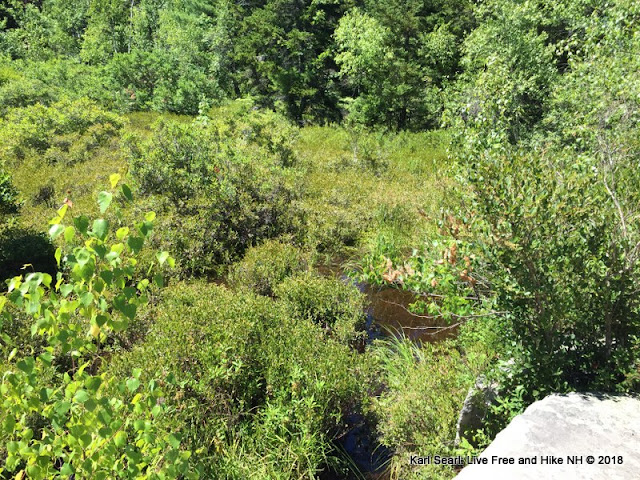 Unknown bog near the summit on the Boulder Loop Trail.I'd like to learn the name if there is one.
A couple great resources are here:
Belknap Range Trails Organization – Mount Major Section
NH State Parks Blog Post on Mount Major
PDF Map of the Belknaps including Mount Major
Ellacoya Barn and Grille

Quick Stop at the Quechee Gorge in Vermont