Follow me on Instagram and Facebook
We were supposed to ski over the weekend, but the rain, melt, and refreeze had different plans for us. Instead of heading up to Sugarbush, Lauren and I opted to hike Camel's Hump. I'd done it from the Burrows Trail, so we went for the Monroe Trail this time around. 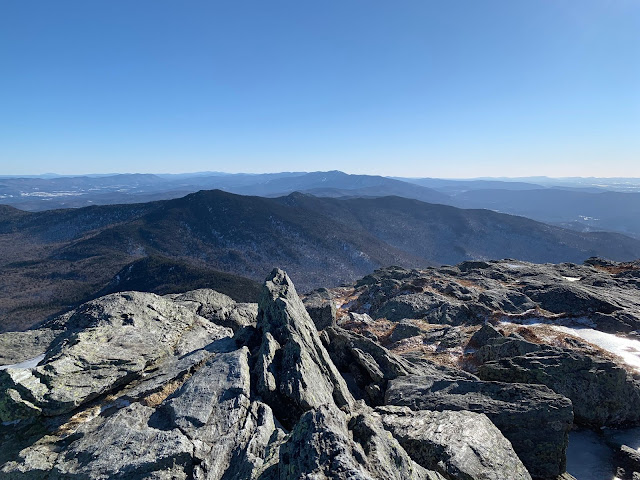 We began our hike about .4 miles from the actual trailhead at the winter trailhead. We ran into a woman who had lost her husky shortly after starting, but was told by other hikers that the dog was following other people up the mountain. 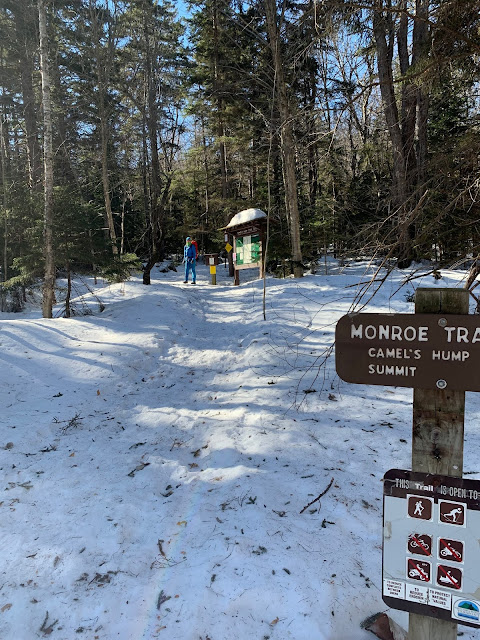 As we climbed up the steady, easy slope, we noted how good the microspike conditions were. No snowshoes were needed, but that will surely change with the incoming snowstorm this week. Eventually we ran into a party who was being followed by the dog, and we shared the woman's info with them. 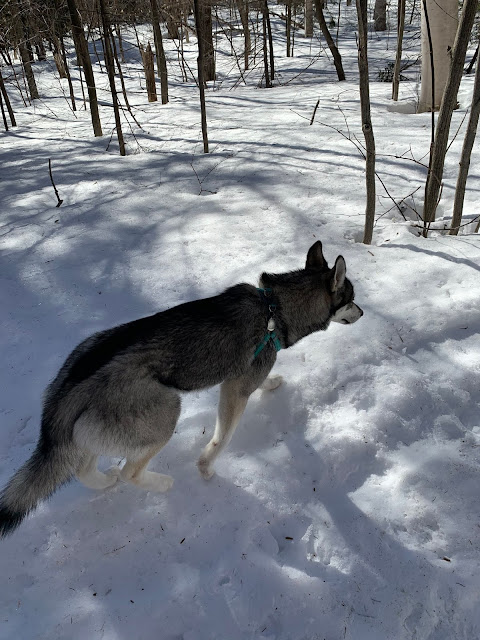 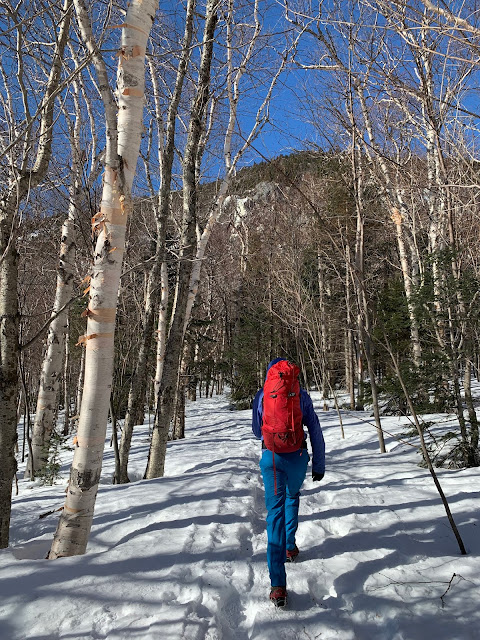 The slope continued to be steady for the remainder of the hike, as we headed through the junction with the Alpine Trail. When we got to the final junction before the summit, we ran into some skiers who had taken the same trail as us. Though we had considered taking our skis up the very much doable Monroe Trail, we made the right decision with the icy snow. 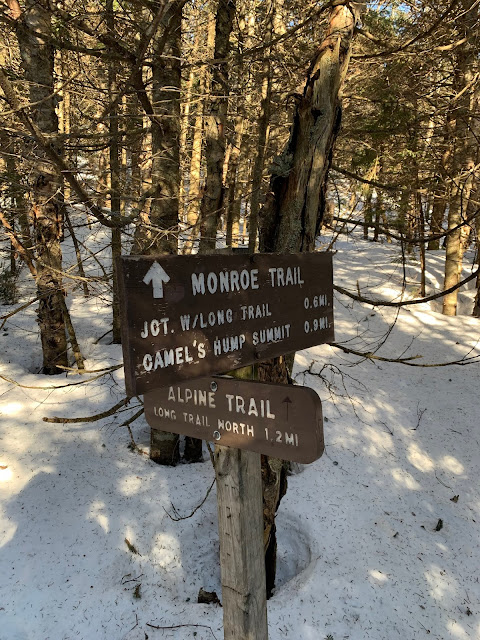 Atop the summit, we were graced with bluebird skies and -20 wind chills. We didn't spend much time there before retracing our steps and heading back to the car the way we came! 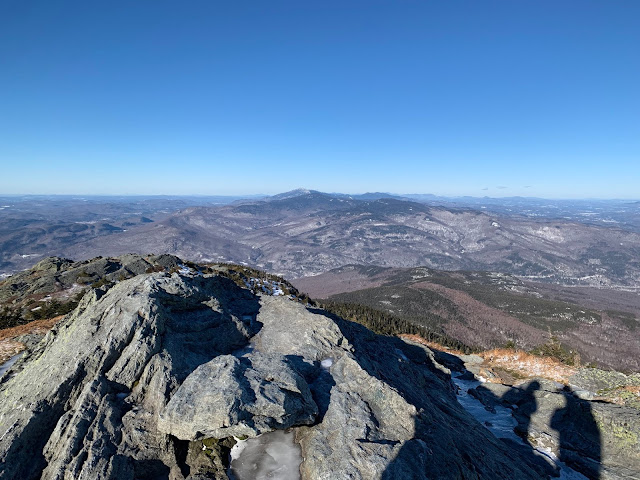