What season is it anyway? Head southwest towards the Highwood House region and you will be more confused than ever and your answer to the above question will vary from hour to hour! Your layering attire will need to be altered from hour to hour too! Today we ventured to the Bull Creek Hills area and found ourselves in that confusing place and state of mind. How can it be so green with thousands of wild flowers and so much snow?

We left the city early to escape any chance of getting caught up in the marathon near our car pool location. We arrived at the trail head and enjoyed the luxury of gearing up in ideal conditions, meaning no wind and no cold. Quite the contrary from when I was here a little while back. We made it to Grass Pass quickly where we took a first break. Well, other than a few seconds here or there to admire the thousands of crocuses along the trail. Then it was onwards and upwards over those hills. The higher we went the more snow we encountered. We made it to the second last hill and decided we had enough of the deep snow. 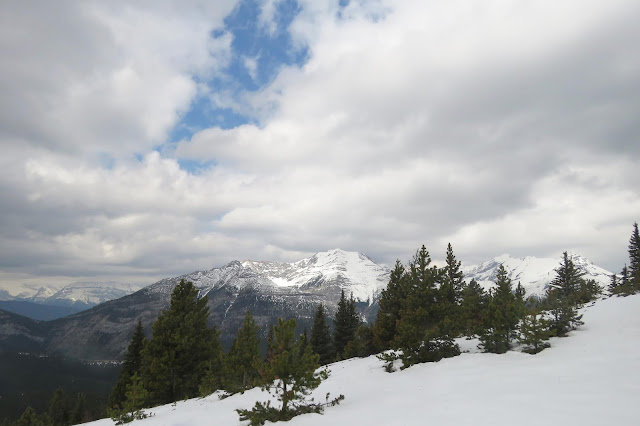 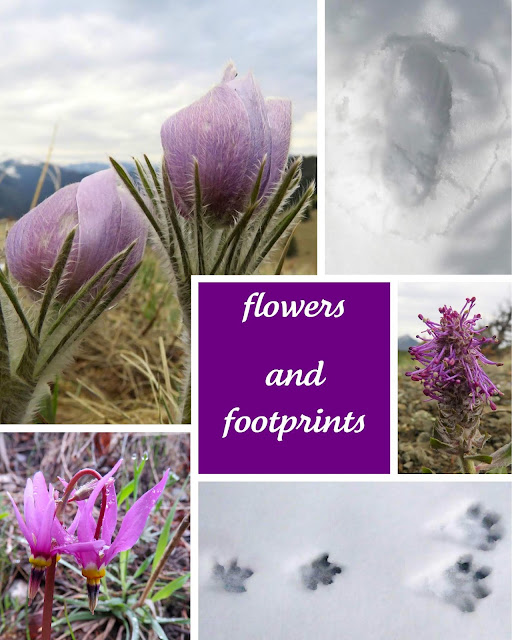 We followed our post holes back to where there was little snow. I was happy to see more blue in the sky by now and thought I should capture a shot in case we don't reach a higher point than this anywhere today. 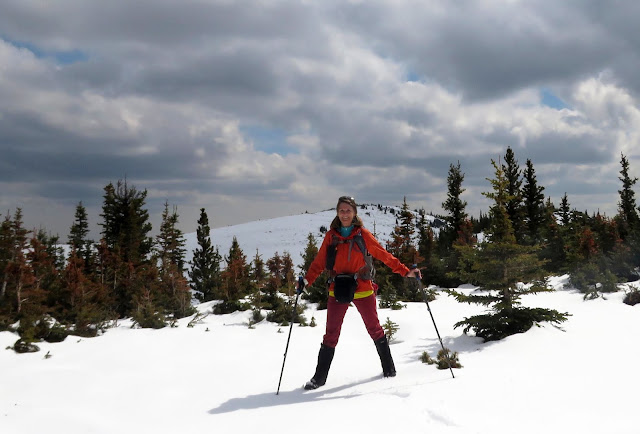 It was already dining time so we worked our way through the snow over to this rock pile. 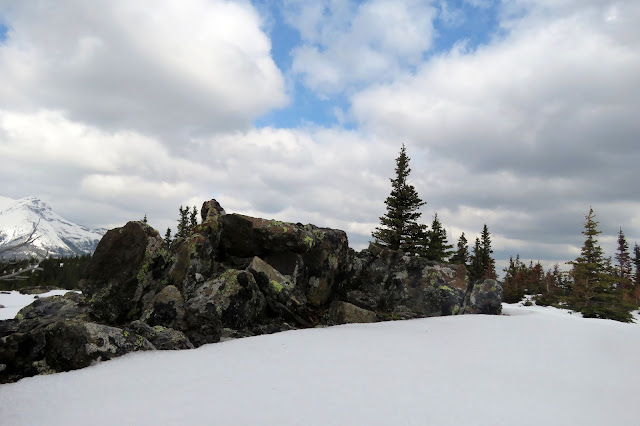 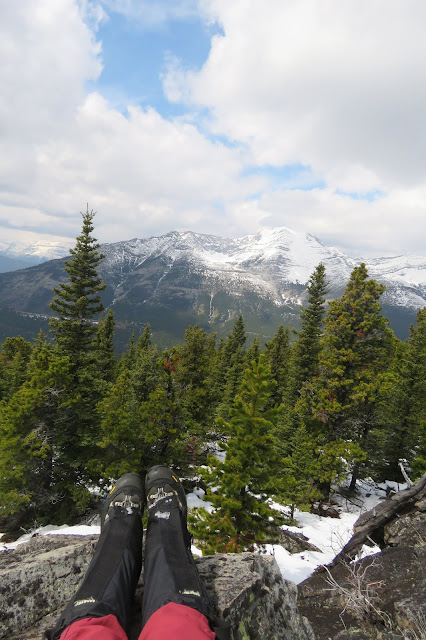 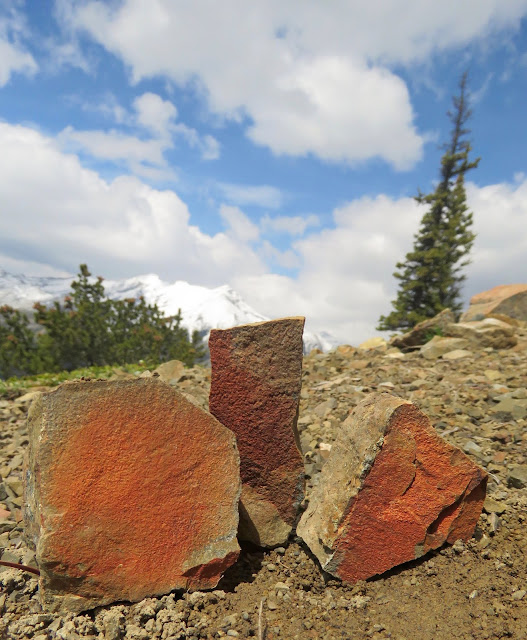 I have never in my life seen so many crocuses in one area. The majority of them had seen better days. We spotted some babies that had not blossomed yet. Then there were a few like this bouquet that were at their best. I had to make a conscious effort to just pass on by the carpet of them or else we would get no where in our travels. 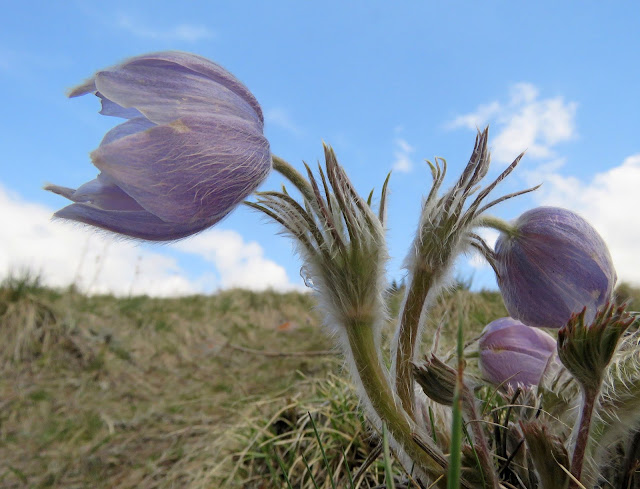 We made it off the Bull Creek Hills back down to Grass Pass and agreed we were keen to carry on upwards again. We reached the top of the ridge which I don't know the name off and had this view back towards where we just came from. Don't let the view fool you, there's lots of snow in them there hills! 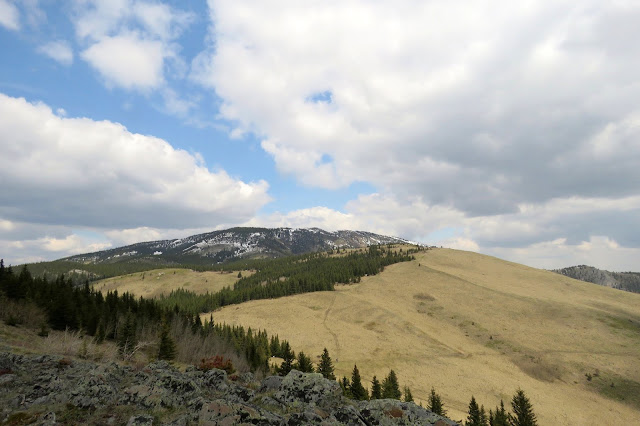 This was the view towards Mount Burke. 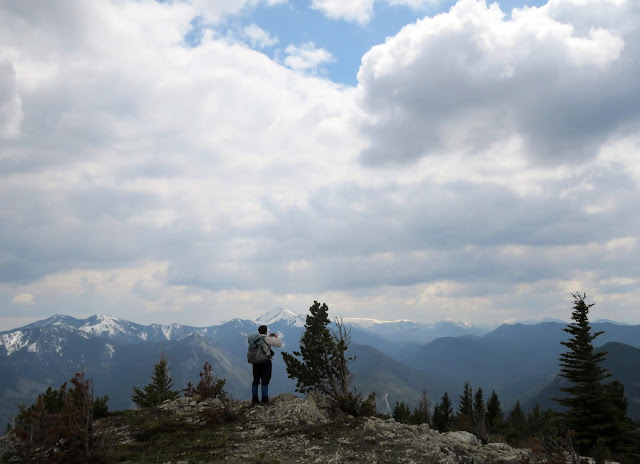 This was the view in the opposite direction and this is the direction we headed. 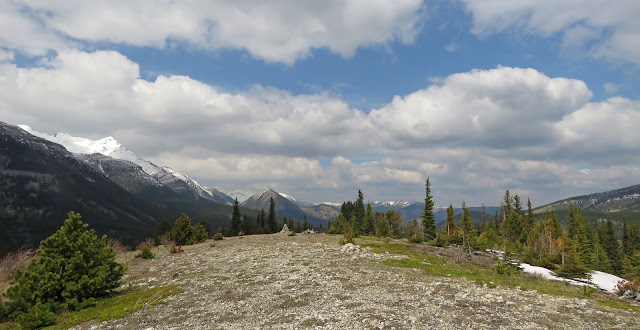 Time for another destination shot as we came upon this cairn. 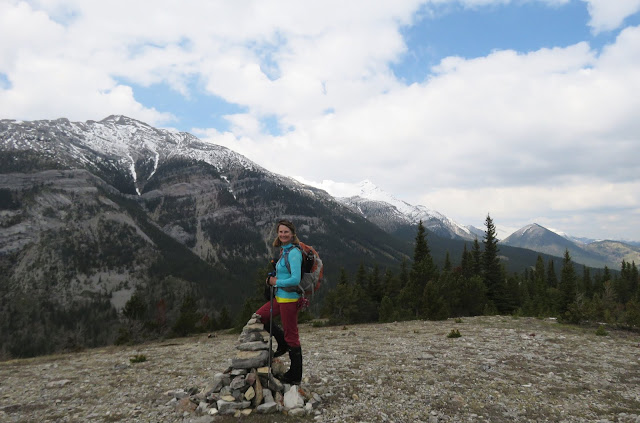 We carried on following the trail and veered off to where it headed down to the Gunnery Creek Trail. We checked out that trail in both directions and opted to head back up onto the ridge for another break. This ridge was loaded with crocuses too. While enjoying a snack we formulated a plan to fill the rest of our day out here. 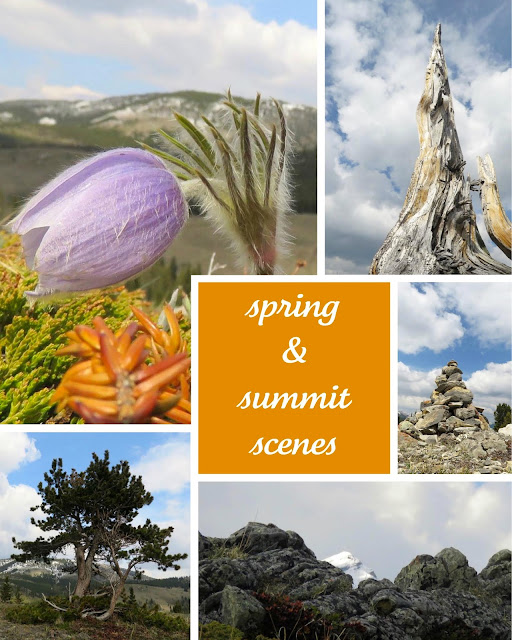 Once again we arrived back down at Grass Pass then skirted directly across from it over to the Boundary Pine tree. For today's shot here, at this time of late afternoon, I opted to face in a different direction than I would in later morning here. It was all about the lighting and where the blue sky was. 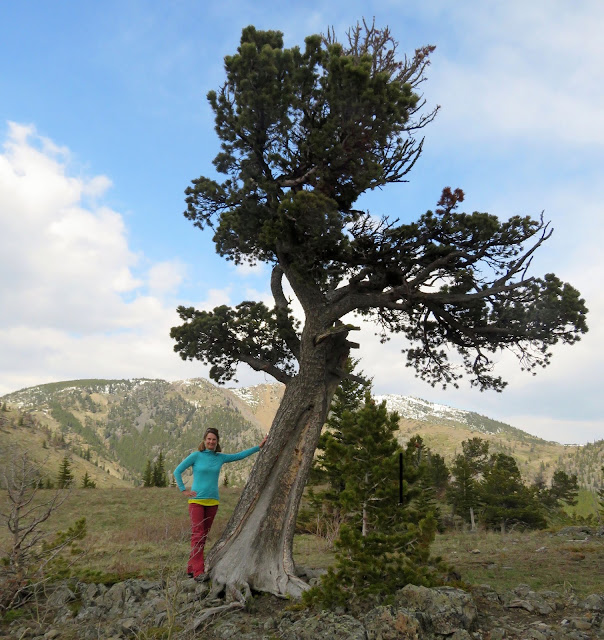 We continued pass the Tree and followed the ridge to where we then scooted down the side, followed the rock wall to the end then passed through the gate to the other side. I was thankful for today's blue sky here and lack of wind. 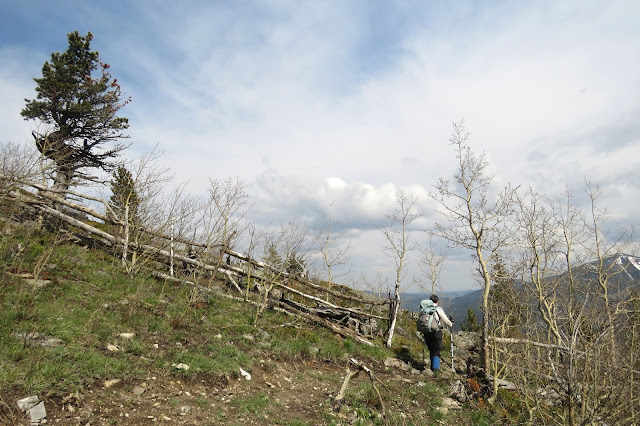 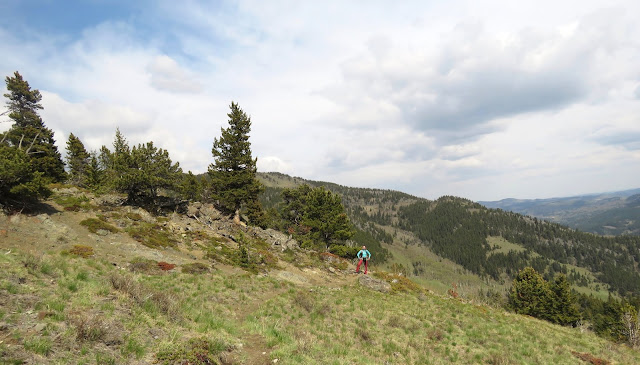 By now we had a time in mind of when we would like to arrive back at the car. This slope was covered in crocuses too but I just hiked on by them. I could not pass by this though. 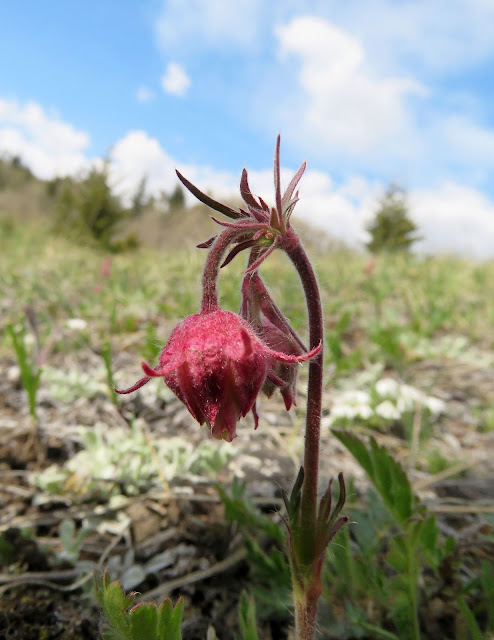 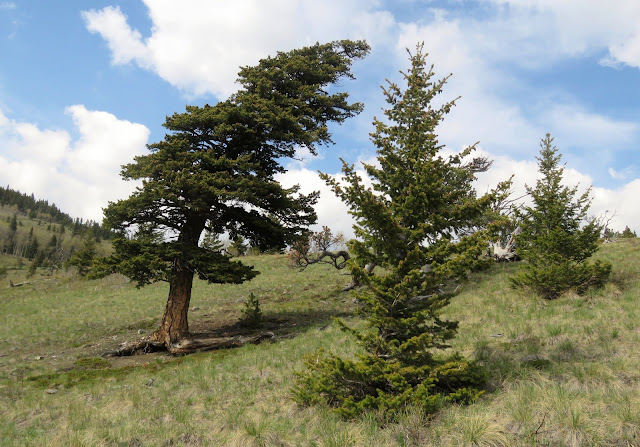 We somewhat scurried down the steep slope. We left the flowers behind and the crazy trees too. We left winter behind up there, passed through spring and ended up down at the bottom where it felt like summer.

All day long while exploring these foothills, we had views of the really big mountains. Soon there will be open invitations to head west to bigger days. First though, we have to wait for that winter look to disappear and for spring to be on the verge of summer. When that time comes, we will no doubt be more certain of what season it is anyway! 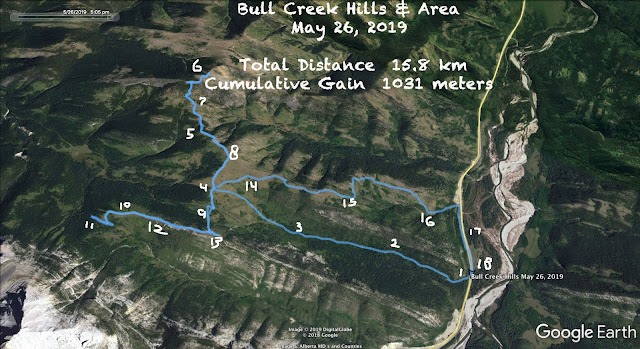