Follow me on Instagram and Facebook
Prior to attending our avalanche course last weekend, Lauren and I went for an evening hike on Friday of Mount Martha. We had done it once before by the same trail, but at that time we had no views due to the clouds. I had heard so many great things about the views of the Presidentials, and we were not disappointed. 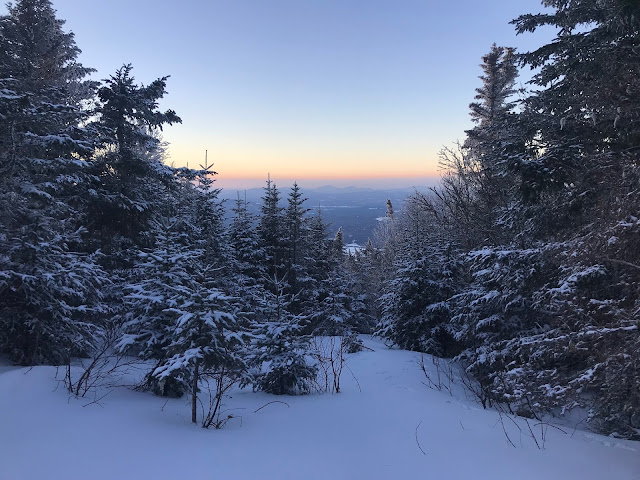 We started just before 3 PM with the intention of catching the sunset. The trail was packed, but there was a fresh coat of a few inches of snow. Along the way, we followed the tracks of what may have been a fox or a coyote or other related creature that may have been there earlier in the day. The going was steady and steeper than I remember, but I was in a t-shirt all the way up to the junction. 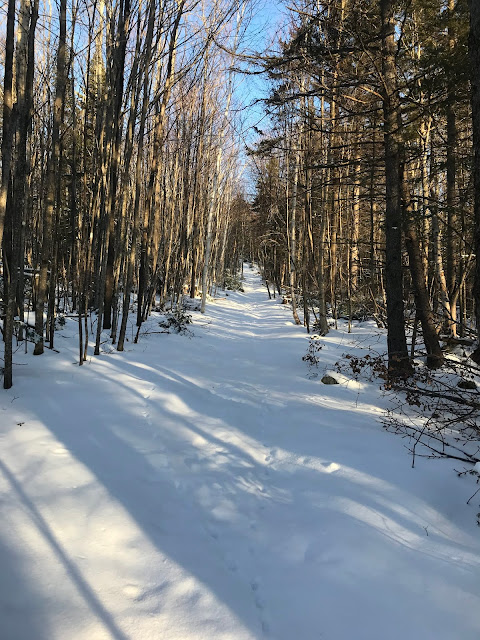 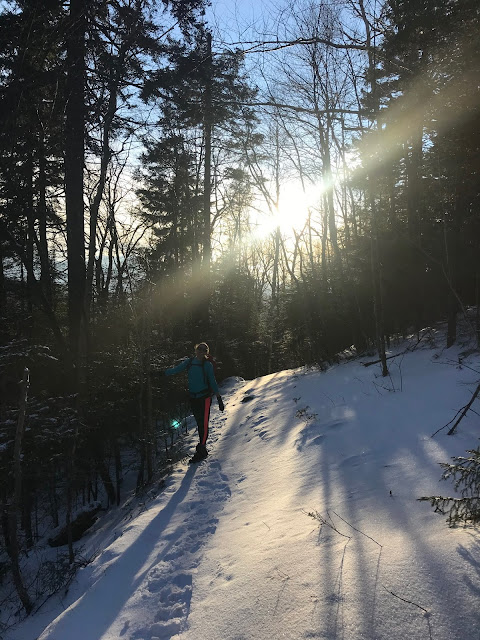 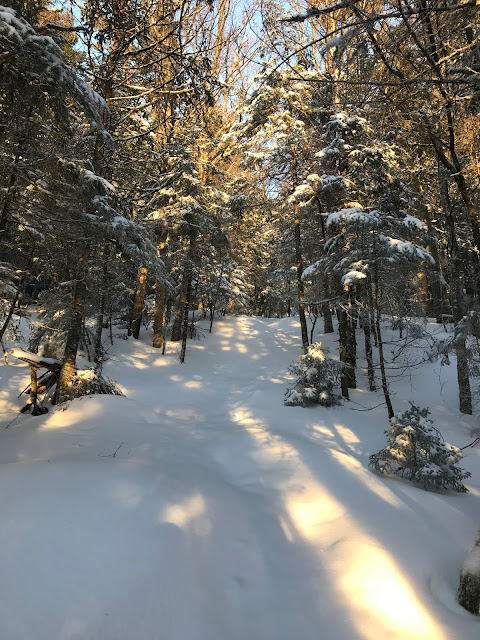 At that point, we took a left and continued to head up to the top of Mount Martha. It took me a while to figure this out, but Mount Martha is actually the old name, whereas Cherry Mountain is the new name for the peak. It was named after Martha Washington, and it's obvious why. The views of the Presis were magnificent from its top. 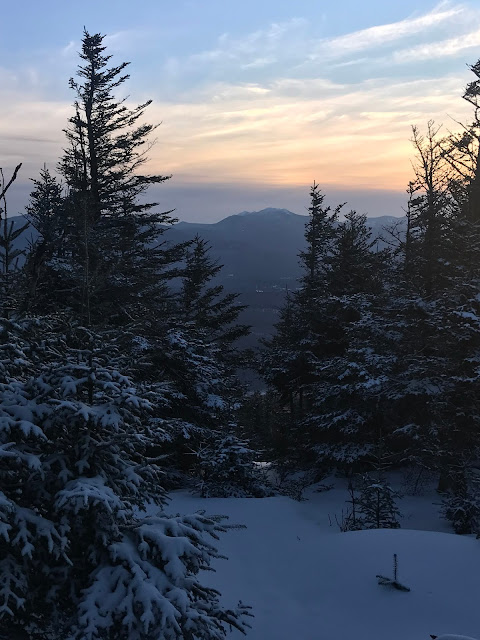 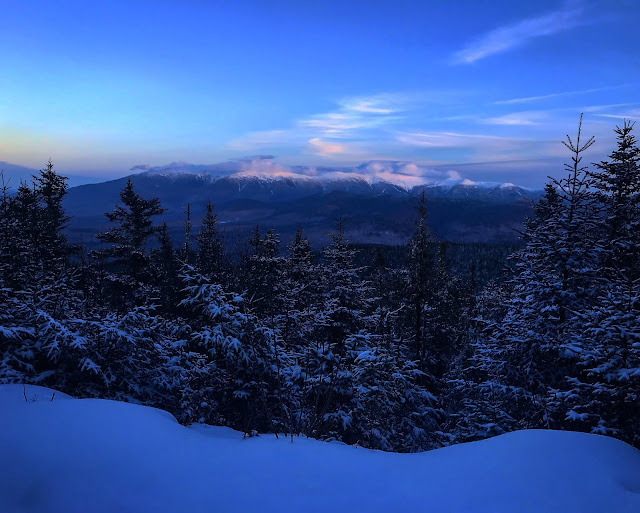 We quickly scurried down the trail, happy to be jogging a portion of it, and got to the bottom just before five with a beautiful sunset in front of us the whole way. 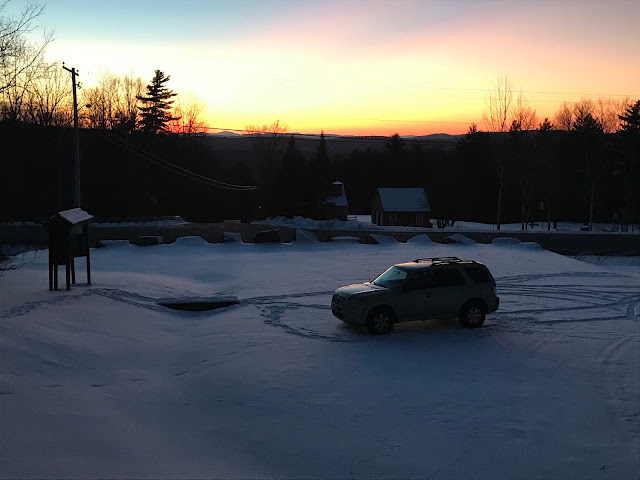